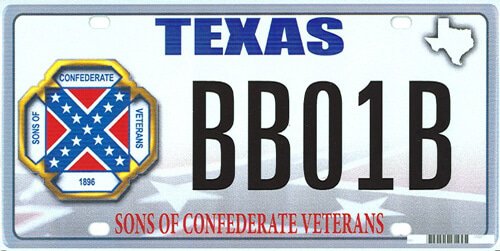 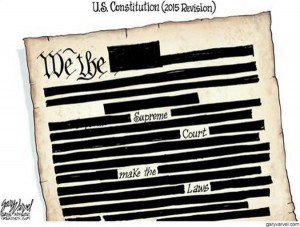 The late June run of decrees from America’s senior legislative body, ludicrously misnamed the Supreme “Court”, have inflicted on America the most appalling news of serious threat in many years—definitely not since Pearl Harbor allowed the Roosevelt Administration to get its way and plunge the country into World War II. But that was a foreign war. In my view the correct comparison: the First Battle of Bull Run at the start of the (soon-to-be airbrushed out) Civil War. That was when the Republican Pols planning to loot the South with high tariffs, and the Abolitionists lusting to wreck Southern society for ideological reasons, got their first shattering experience of Confederate military prowess. At that point both sides realized a long and bloody struggle against what had been fellow countrymen was probable. That is what Americans face again on this July 4th.

In effect, the Supreme “Court” has facilitated a coup d’état by Obama’s Minority Occupation Government. The inevitable reversing of these measures could well take many years and the effect within families and across generations is likely to be terribly divisive and destructive.

Behold the new order: Congress doesn’t just delegate to the executive branch; they’re now delegating to the Supreme Court as well. And the Court has devised its own statutory warp-field generator that can warp any text into the desired result…

In rescuing the statute, Justice Roberts didn’t just re-write the law, he also re-wrote the intent of the law.[Behold, the Supreme Court’s Magical Warp Field Generator!]

Three things stand out here. The first is that Justice Kennedy, an unelected official, has become one of the most powerful people in the US. The second is that disparate impact, of extremely dubious scientific value, has now become enshrined. The third is that the Court has no trouble ruling that statutes don’t mean what they say, both in the Obamacare case and now in the case of the Fair Housing Act, and that with Obamacare we can look at generalized legislative intent and go with that instead of the wording of the law, and that in the disparate impact case we must ignore the intent of the Fair Housing Act in order to get the progressive result we want.[Disparate impact victory: Texas Department of Housing, June 26th, 2015]

No doubt most thinking observers will see the newly-facilitated assault on the life savings of working Americans via destroying their house values the most important new ruling. The Racial Socialism of Obamacare was already in place and so to a large degree was the assault on traditional Christianity involved in homosexual marriage.

But this is wrong. These other matters could be reversed if we can talk about them. But the Texas decision casts that right into doubt.

Andrew McCarthy, in a fine essay posted in various Conservative webzine venues (but not, curiously, his flagship venue National Review), identified the threat:

The Supreme Court today accelerated the dangerous erosion of First Amendment protection, making way for government censorship of expression that does not conform to its preferences…an interesting mix of the Court’s four consistent liberals… with one of its staunchest conservatives, Justice Clarence Thomas… concluded that the state has the power, unregulated by the First Amendment, to express its views on matters of policy

In dissent, Justice Samuel Alito (joined by Chief Justice John Roberts and Justices Antonin Scalia and Anthony Kennedy) pointed out that the state has licensed some 350 specialty plates, some of which cannot conceivably be statements of government policy…

Thus, at least in the narrow context of license plates, the Court has given its imprimatur to a government power to discriminate, to promote expression it approves of and suppress expression it does not….the consequences of this ruling could be far-reaching over time. It could come to stand for the proposition that essentially private speech morphs into government speech if the government is involved, however tangentially, in the funding or regulation of the format in which the speech is conveyed.

The subsequent pogrom against the public display of the Confederate Battle Flag was obviously long prepared. It was merely facilitated by the June 17th Charleston atrocity.

What we are dealing with here, of course, is a blood libel (as explicated by the late Larry Auster after Sarah Palin used the term when the Left attempted a similar pogrom after the Gabby Giffords shooting) against what was first and foremost a soldier’s flag (see points 4 & 5 in this Occidental Dissent post).

Deplorable acts by individuals should not be held against a whole community (and much less should opinions). But more importantly, as the Apple banning of Civil War war games and the National Park banning of Confederate merchandise clearly demonstrate, the intent here is to airbrush out commemoration of this extraordinary phase of American history entirely. How can one side of a war be commended it the other side does not exist? Will Holocaust movies cease to show Swastikas?

The reality is of course is that the demonizing of the Confederates has the inevitable corollary of sanctifying the efforts of their Union opponents. Devils are opposed by Saints. But glorifying any portion of the historic American nation is absolutely not part of the Minority Occupation Government’s agenda. Better to obliterate the whole thing—as Apple has apparently decided to do.

Andrew McCarthy was allowed to post at National Review Let’s Drop the Charade: The Supreme Court Is a Political Branch, Not a Judicial One June 27, 2015 expounding a conclusion obvious to any sensible observer years ago.

So the important question is why has this catastrophe occurred?

I suggest the reason is quite simply the ethnic composition of the Court.

The Texas decision was forced through by a black, three Jews, and a Puerto Rican.

It is sad that Clarence Thomas, whom within the last month I have heard described by a former Federal Judge as the best conservative on the Court, has this ethnic animosity against the South and against Confederate symbols. But he has. [An Intense Attack By Justice Thomas On Cross-Burning, By Linda Greenhouse, NYT, December 12, 2002]

As Paul Gottfried demonstrated for us in A Jewish Conservative Wonders: Is Free Speech Really A Jewish Tradition? Jewish communities have never had a tradition of favoring free speech in general—as distinguished from being concerned to be able to express their own concerns. With Justice Kagan, for instance, this was clear long before she was nominated.

Puerto Ricans have of course have no political tradition of significance at all, but Hispanic culture as a whole never developed parliamentary government.

It is deeply important that the recent YouGov poll reported powerful majorities amongst Hispanics as well as  blacks for banning “Hate Speech”—meaning, as a practical matter, criticism of their communities. [Half of Democrats support a ban on hate speech, by Peter Moore, May 20, 015]

American “Free Speech,” historically speaking, derived from the British Isles. Without it a Parliamentary process of government is impossible.

What we are looking at here is the phenomenon christened by VDARE.com Editor Peter Brimelow in Alien Nation as “Hitler’s Revenge” The intellectual trauma stemming from World War II is preventing the leaders of the Historic American Nation from defending their traditions and interests. So other ethnic groups from outside this tradition are rushing in to seize the chance to promote their own.

No representative of the White Anglo-Saxon Protestant tradition (WASP for short) which founded the nation currently serves on the Supreme Court (much less a Southerner). This is not coincidental.

Americans have to confront the fact that their property and hereditary freedoms are being eradicated by alien Elite.

Of course, it was precisely this perception that triggered the Declaration of Independence 239 years ago today.