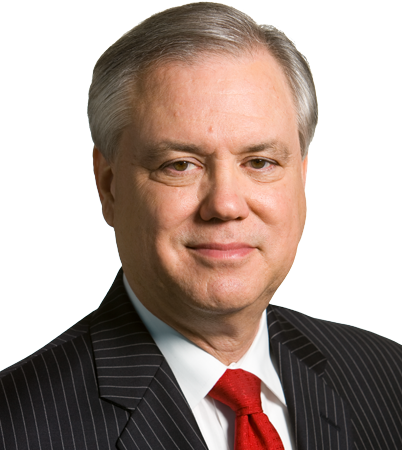 Heritage Foundation executive vice president Kim Holmes (right) recently delivered a shrewd assessment of Yoram Hazony and Rich Lowry’s new “nationalism”: It’s the discredited old nationalism in a new bottle [The Problem of Nationalism, by Kim Holmes, The Heritage Foundation, December 13, 2019]. Holmes [Email him] a Conservative Inc. lifer who rejects nationalism and actually believes American identity is an abstraction and a  mere “idea,” castigated the pair for trying to redefine standard conservatism. His speech matters because it shows that Conservatism Inc. is aware it must address the nationalist surge—and that nationalists must address race, or they will fail as a serious challenge to the elites who have defined conservatism since the Reagan years.

An Assistant Secretary of State under George W. Bush, Holmes began his speech by saying the “new nationalism” seems “benign and even uncontroversial.”

“[I]t sounds like little more than simply defending nationality or national sovereignty, which is why Lowry, Hazony, and others insist their definition of nationalism has nothing to do with the most virulent forms involving ethnicity, race, militarism, or fascism,” he said.

But, unlike Hazony and Lowry, Holmes acknowledges that you  cannot disentangle race and ethnicity from nationalism:

If you have to spend half of your time explaining, ‘Oh, I don't mean that kind of nationalism,’ why would you want to associate a venerable tradition of American civic patriotism, national pride, and American exceptionalism at all with the various nationalisms that have occurred in the world?”

“Nationalism celebrates cultural and even ethnic differences of a people, regardless of the form of government,” Holmes said. But those differences are antithetical to American identity, he claimed; i.e., America’s identity is its form of government and the ideas behind it, or what the neocons call the “proposition.”

Hazony, Lowry and their fellow neutered nationalists similarly refuse to acknowledge America’s ethnic core, and that white men built the country. They do claim that culture is important, but circumscribed by Conservative Inc.’s “Proposition Nation” platitudes.

Hazony expressed this delusion when prohibiting those who acknowledge the Historic American Nation, such as VDARE founder Peter Brimelow, from attending the National Conservatism conference—the “Gatekeepers’ Ball.”. The Israeli scholar argues that tying ethnicity and race to nationalism is a “bogus, pseudo-scientific construct” propounded by “race nerds.”

So the Naturalization Act of 1790 must have been written by “race nerds.”

Lowry also shrinks from the racial and ethnic dimensions of nationalism. He insists that American culture is “accessible to people of all backgrounds and races,” the standard neocon argument that any nation can embrace American ideas.

Holmes sees through the two charlatans. He sees that many conservatives are embracing the “nationalist” term in an attempt to co-opt the Trump moment. He would prefer that conservatives proudly stick to cuckservatism instead. Nationalism is a foreign idea to America, he claims, and our revolution was only a people fighting over a form of government, not to defend itself as a people.

“Yes, Americans certainly had an identity,” Holmes said, “but it was not based on ethnicity, language, or even religion alone. It had already developed a very distinct understanding of self-government.”

But that’s the complete opposite of what the Founders thought, as John Jay famously explained in Federalist Paper No. 2:

[Americans are] a people descended from the same ancestors, speaking the same language, professing the same religion, attached to the same principles of government, very similar in their manners and customs.

writing under the pen name Fabius, asked a rhetorical question that Holmes, and Lowry and Hazony for that matter, should have to answer:

Where was there ever a confederacy of republics united as these states are … or, in which the people were so drawn together by religion, blood, language, manners, and customs?

Holmes’s hero Thomas Jefferson argued that America could not exist as a multiracial society and pushed for free blacks “to be removed beyond the reach of mixture.”

The Naturalization Act of 1790, cited above, stipulated that only “free white persons … of good character” could obtain citizenship. 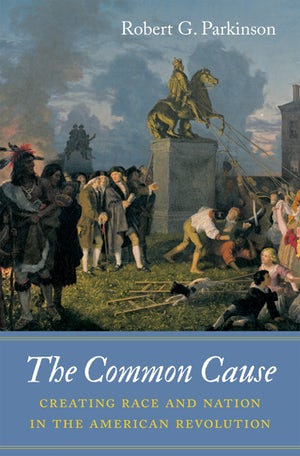 The Patriots depicted their enemies as hostile aliens to the nation’s ethnic core, as documented in historian Robert G Parkinson’s 2016 book The Common Cause. Patriot propaganda excoriated the British for using Indian marauders, black slaves, and Hessian mercenaries against the colonists. This propaganda promoted the idea that our ethnic core was white and English. This outrage over King George’s use of racial and ethnic aliens is found in the Declaration of Independence.

He has excited domestic insurrections amongst us, and has endeavoured to bring on the inhabitants of our frontiers, the merciless Indian Savages, whose known rule of warfare, is an undistinguished destruction of all ages, sexes and conditions.

While Lowry and Holmes claim America is open to all, Alexander Hamilton disagreed. The liberals’ favorite Founder opposed mass immigration because it would “produce a heterogeneous compound” and “change and corrupt the national spirit.”

Other spurious claims from Holmes are that nationalism didn’t exist by the time of the Revolution, and that American identity is based on a “universal creed” that is “right and true for all peoples and not just for us.”

Our beautiful landscapes, language, and culture don’t matter, and a core ethnic group doesn’t exist. “There is no American identity without the American creed,” Holmes declared, an idea accessible to the entire world and that every nation desires.

But if we define ourselves only by an idea shared by all people, what makes America unique? And if our ideas are “right and true for all peoples,” why haven’t “all peoples” adopted them?

Holmes bemoans right-wingers who question that dogma and worries they will undermine neocon foreign policy: “If we become a nation just like any other nation, then frankly I would not expect any other nation to grant us any special trust or support.” He never considers the fact that Conservative Inc. has failed and middle America wants something new. They want Donald Trump’s 2016 agenda, not boring monologues about our “universal creed.”

Hazony and Lowry do realize that, and hope to capture that audience with their neutered nationalism. It is a positive development that mainstream conservatives are adopting the nationalist label. They’re smart enough to know that nationalism’s time has come.

But they fail to escape the conservative intellectual prison. They’re still fear the “racist” label, and fall back on conservative platitudes when attacked with it. Thus, they refuse to acknowledge race and ethnicity, even though those factors define nationalism,—as Holmes correctly observes. Even the neutered nationalists’ use of “culture” resembles Proposition Nation talk; genuine nationalists don’t say their culture is accessible to all.

The neutered nationalists, like Conservative Inc. flunkies, hope to base their ideology on abstract ideas and our system of government. That’s wrong for two reasons:

Conservative liberalism when taken to its logical conclusion will degenerate, disintegrate and destroy our culture,” Occidental Dissent’s Hunter Wallace correctly observes. “It will also turn America into a gigantic shopping mall of foreigners and aliens who have nothing in common with the native population and who will soon be able to outvote them and seize control of the government” [The Heritage Foundation: The Problem of Nationalism, December 17, 2019]

The great Enoch Powell made this exact point during a debate with then-British prime minister Margaret Thatcher. Thatcher argued Britain fights for its values. Powell strongly disagreed: “No, we do not fight for values. I would fight for this country even if it had a communist government” [The revival of Tory philosophy, by John Casey, The Spectator, March 14, 2007].

That argument separates the phony nationalists from the genuine nationalists. We fight for something more than abstract ideas.

We fight for our people.