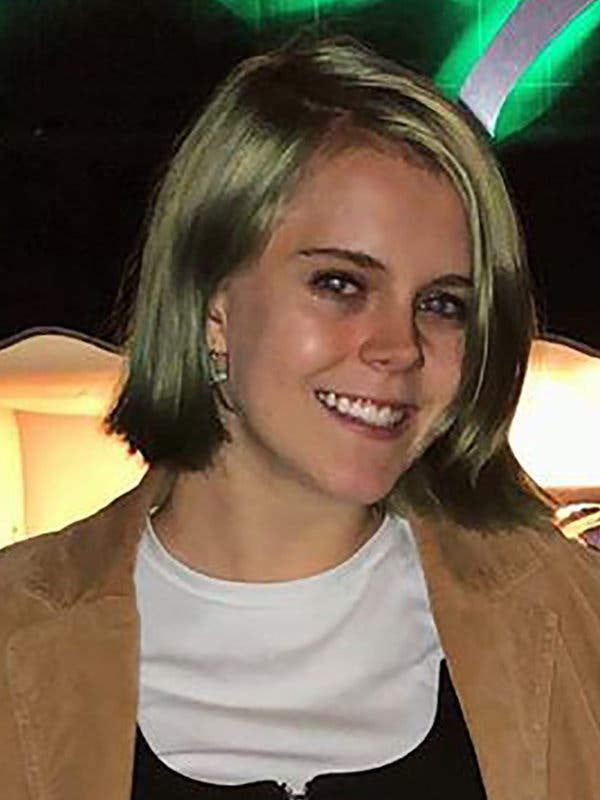 Since the murder of Barnard College freshman Tessa Majors on December 11, the Main Stream Media have been up to their usual tricks. As with the Knoxville Horror and so many other crimes, they have, yet again, downplayed or suppressed outright the racial angle and the savagery of the killers, who mutilated the 18-year-old beauty’s face. But worse, the Fake News retailers have already begun selling the Central Park Five narrative: that the three suspects might be innocent, despite a confession.

Those suspects are a 13-year-old, who confessed; a 14-year-old, who was collared December 13 and released the next day, uncharged; and the other who jumped out of a car on his way to surrender to cops. He NYPD, which thinks Majors left a bitemark on him in her fight to live, has mounted an all-out search  [‘All hands on deck’ in manhunt for 14-year-old Barnard murder suspect, NYPD says, by Aaron Katersky, Erielle Reshef, and Emily Shapiro, ABC News, December 19, 2019].

Confessions and flight from the police aren’t obvious signs of innocence. But we’ve seen this movie more than once.

Thus not one MSM outlet has reported that the suspects are black. The New York Post identified the one who confessed, Zyairr Davis, but like the rest of the MSM left him raceless [Barnard stabbing suspect held without bail after Tessa Majors’ murder, by Priscilla DeGregory (also Joe Marino and Tina Moore), New York Post, December 13, 2019].

And the notion that this case could be retconned like the Central Park Five travesty, with a confession nullified, began in court when Davis’ free attorney from Legal Aid, Hannah Kaplan, insisted at the confessed murderer’s first hearing that he was “merely present when this took place” [A 13-year-old suspect told police he watched as friends slashed Barnard freshman, report says, Ray Sanchez, December 14, 2019].

Kaplan knows that being “merely present” would make Davis an accomplice, so she honed her case further at a probable cause hearing in Manhattan Family Court on December 17. Her client, she said, did nothing wrong:

“The evidence here is the opposite,” Kaplan said. “The only testimony connecting my client to anything related to Miss Majors’ death and alleged robbery is that at some point my client picked up a knife and handed it to someone. That is refuted by the description of the surveillance video.”

That dodge is Kaplan’s trying to walk back the confession, which she’ll certainly try to suppress.

Then she tossed this smoke grenade: Davis, as The Associated Press described Kaplan’s argument, “has a strong support system with his aunt and uncle at home, good school attendance and no behavioral problems.” The Legal Aid Society asserted that he has “no juvenile record.”

Family Court Judge Carol Goldstein was unimpressed, and ordered Davis held until the end of the year [Police: Boy, 13, Says He Handed Off Knife in Barnard Killing, by Michael R. Sisak, December 18, 2019].

A second key part of what might become another Central Park narrative came, likely inadvertently, from Ed Mullins, the president of the NYPD’s Sergeants’ Benevolent Association. On a radio program on December 15, he said Majors was in Morningside Park to buy marijuana [Tessa Majors was looking to buy weed before her murder, police union president claims, by Tina Moore, Craig McCarthy and Joe Marino, New York Post, December 15, 2019]. Whether she was trying to buy from Davis we don’t know, but Majors’ grieving parents, the media, and even my associates condemned Mullins for “victim-blaming.” He now claims he was quoted out of context [NYPD union chief denies victim-blaming Tessa Majors, says critics ‘twisted the words’, by Gabrielle Fonrouge and Kenneth Garger. New York Post, December 16, 2019].

Maybe, but you know how the suspects’ fan club will use that one: Majors’ got what was coming to her for trying to buy weed.

The MSM role in crafting the Central Park Five Hoax narrative shows up in multiple places, starting almost imperceptibly, with Buzzfeed on December 12. Amber Jamieson and Tasneem Nashrulla didn’t mention race, of course, or the racial character of her murder, or that the primary attacker started by slashing her face. Instead, they importuned students to fret about white racists angry about the murder:

“I’m trying to hold space for the victim, but also the social implications that are going to come with this, and by that I mean the hyper-policing of Harlem,” Vanessa [last name withheld] said. She pointed out that local tabloid media had called the teens detained in connection to the killing “thugs,” a word she said felt was “really racialized”

[Vivian] Todd was also furious at a racist Facebook post that claimed the murder would be ignored by the ‘leftist media’ because of reports the detained suspects were black and Majors was white.

“People are taking advantage of a really horrible tragedy to push their own awful agendas, which is deeply offensive,” said [Madeline] Hermann.

[Students Are Reeling After The Stabbing Death Of A Manhattan Student In A Park: ‘It Could Have Been Any Of Us,’ December 12, 2019]

Note the emphasis there on a racial angle—but not the angle that three blacks are suspected of murdering a white girl. Rather, whites are racist for noting the savagery of the crime and using terms such as “thugs,” or even worse, suggesting media bias in Not Reporting Race.

…case bears a number of parallels with the case of the Central Park Five—now known as the Exonerated Five—a group of Black and brown boys who were falsely arrested, charged and incarcerated for the killing of a jogger in Central Park in the 1980s

…In both cases, there was a heightened sense of urgency that seemed to be exacerbated by the fact that there was a dead white woman involved. This time around, though, In the case of Majors, New York City recently swore in its newest police commissioner, Dermot Shea (who has a history of championing racial profiling), who no doubt wants to use this killing as a defining moment for his young tenure. But the apparent circumstances surrounding Majors’ death prevented some unique challenges—namely the parallels with the Central Park Five case.

Then came the richly-detailed yet bogus parallels to be expected from a black nationalist publication that peddles folklore like the “Exonerated Five.”

No Mainstream news source could sink to such depths, could it? Oh yes, it could!

Brewer issued her warning hours after the NYPD announced that a 13-year-old boy had been arrested in connection with the murder of Barnard freshman Tessa Majors. …

Brewer, a Columbia University graduate who took classes at Barnard and taught there years later, said she wants to be sure there are no false arrests. ...

“It’s such a high profile situation,” Brewer said. “ You want to make sure you have the right individual and not pin it on the wrong person. We want to be careful, particularly given our history.”

What “scandal” and what “history?”

Now, the New York Police Department has arrested and charged a 13-year-old boy in connection with Tessa’s murder. The police say he confessed to the crime, but he seems to have been accompanied only by his uncle when he was interrogated. Why didn’t he have an attorney with him when he “confessed”? Another 14-year-old boy was arrested, then released. Apparently, the police knew the identities of the 12- to 15-year-old kids who were suspected of being behind a string of muggings in the park—so they knew where to find these boys.

It’s hard not to be reminded of the 1989 Central Park Five case, when five boys of color aged 14 to 16 were taken into custody for the assault and rape of a 28-year-old jogger in Central Park. They were coerced into confessing and implicating each other. None of the boys were involved in the crime, yet the police and the public were quick to judge them guilty. As I write this, I am haunted by Ava DuVernay’s portrayal of the police violently interrogating Korey Wise, one of the Central Park Five, in her Netflix adaptation of the case, “When They See Us”.

It just feels like something is terribly broken here. These are all kids—Tessa and the kids in the park. It's all just so heartbreaking. We have failed them all.

Note that the headline over that maudlin eyewash called Majors’ murder a “death,” as if she dropped dead from binge-drinking at a frat house.

But one journalist, the Daily Beast’s Michael Daly, a veteran of the Daily News, did some shoe leather reporting that, perhaps inadvertently, established another narrative, this one true: racial politics and depolicing are partly responsible for Majors’ “death” [The ‘Little Kids’ Suspected in Tessa Majors’ Murder,” December 14, 2019].

Daly found the deli in the building where Davis was arrested for trespassing the day after Tessa Majors’ murder. Employees told Daly that Davis was a constant presence, shoplifting and assaulting employees and others. Cops came but wouldn’t arrest him. Last time, it was just five days before Majors’ murder.

While de Blasio and O’Neill gave criminals “of color” carte blanche, they waged war on law-abiding whites, including white cops. 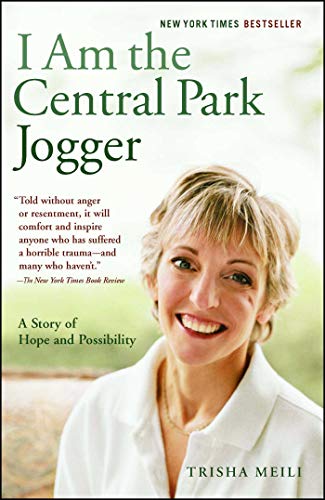 Nonsense.Yet de Blasio has learned nothing from his criminal mismanagement. His reaction to Majors’ murder:

“The idea that a college freshman at Barnard was murdered in cold blood is absolutely not only painful to me as a parent, it's terrifying to think that that could happen anywhere. It’s unbelievable to me that that could happen here, next to one of our great college campuses. Its [sic] an unacceptable reality.”

De Blasio thinks cops are more dangerous than black criminals, and taught his kids to fear the former more than the latter [Dante de Blasio: My dad gave me 'the talk.' When someone called police, I felt the fear, by Dante de Blasio, USA Today, July 1, 2019].

That’s one reason Tessa Majors is dead. She might be alive had she attended the University of Virginia in her hometown of Charlottesville, Virginia.

And it’s one reason her killers might get away with it—just like the five black thugs who raped and left Central Park Jogger Trisha Meili for dead in Central Park 30 years ago.