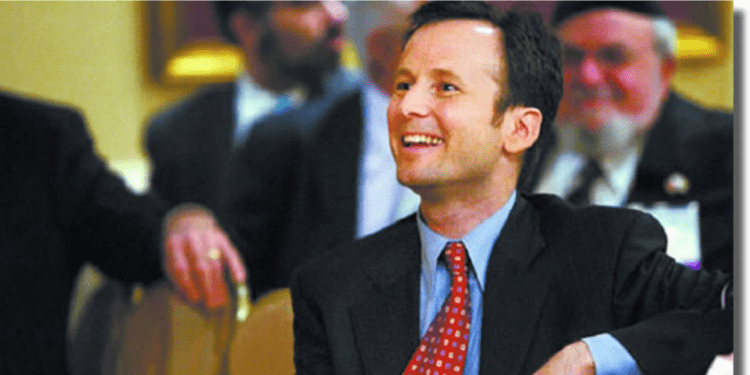 Incredibly, a few days ago I got another invitation to the Gatekeepers’ Ball, the so-called National Conservativism Conference now underway in Washington D.C. under the auspices of Yoram Hazony [Email him] and David Brog [Email him]. I know now that they have the ungentlemanly habit of disguising as personal correspondence mass emails to various lists and that I would be rejected again if I accepted. But I took the opportunity to email back asking if Brog, who was born in the U.S. but seems to be a sort of professional Zionist, was also an Israeli citizen. (Hazony was born in Israel but apparently at some point became a U.S. citizen, making the usual mockery of the citizenship oath.)

Further to their ungentlemanly habits, I received no reply. So I think it’s quite probable that it was indeed an Israeli citizen who greeted attendees at this conference on American nationalism, in the nation’s capital, with the demand that anyone who “defines” America by race must leave the room. 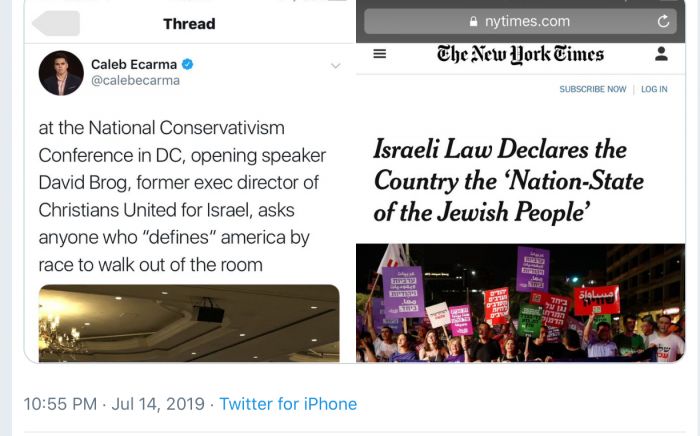 Brog is a cousin of former Israeli Prime Minister Ehud Barak, who Hebraized his last name from Brog while in the Israel army (“This is a relation of which I'm very proud”) [David Brog on Why Christians Support the Jewish State, Haaretz, May 7, 2006].

And Barak, it now materializes, has had extensive dealings with sex offender Jeffrey Epstein over some 17 years, admitting to have met with him “more than 10 times and much less than a hundred times” [Ehud Barak: I Visited Epstein’s Island But Never Met Any Girls, by Noga Tarnopolsy, Daily Beast, July 15, 2019].

Under the circumstances, I think it’s reasonable to ask: has David Brog met with Jeffrey Epstein—perhaps to discuss “National Conservatism”?

And did he too never meet any girls?