Imagine being raised to believe that there is no such thing as free will. How would your thinking develop if your mother informed you, from a very young age, that you couldn’t possibly be to blame for anything you did? What contribution would you make to the world if you absorbed the idea that you carried no moral responsibility for your actions, nothing you did was your fault and, in fact, you had no control whatsoever over anything you engaged in?

Well, we don’t have to imagine it, because it has just played out before our very eyes, with devastating consequences for large numbers of people.

Earlier this month the crypto-currency FTX dramatically collapsed, leaving up to $2 billion of investors’ money missing [Exclusive: At least $1 billion of client funds missing at failed crypto firm FTX, by Angus Berwick, Reuters, November 14, 2022]. FTX was founded in 2019. Headquartered in the Bahamas, Sam Bankman-Fried, aged 30, his 28 year-old girlfriend Caroline Ellison and four other young couples ran the crypto-currency from their shared house. There they seemingly engaged in some sort of polyamorous relationship, referred to by Ellison as a “foray into poly.” By January this year, the company was valued at $32 billion, had sponsored Mercedes at Formula 1, and by April Bankman-Fried was spending time with Bill Clinton, Tony Blair and Katie Perry at his “Crypto Bahamas Conference.” However, it all unraveled on November 2nd, when a major Chinese backer, Binance, pulled out of FTT (FTX’s trading token), possibly because it had emerged, via leaked documents, that Bankman-Fried’s crypto-currency trading company, AlAmeda, was heavily dependent on FTT.

By November 8th, the value of FTT had fallen by 72%. FTX filed for bankruptcy on November 11th. Bankman-Fried, a major Democrat donor who was notoriously Woke, confessed that his commitment to “ethics” was a “front” and he feels bad for people who were “fucked” by it.

As the crypto-currency unraveled, he transferred $10 billion to Alameda, although he is now being sued by former celebrity endorsers for $11 billion. Bankman-Fried also blamed Ellison, whom he appointed FTX chief executive despite a blatant lack of experience in such matters, for the collapse of the company [EXCLUSIVE: Ex-girlfriend blamed by Sam Bankman-Fried for failed FTX wrote about her ‘foray into poly,’ being in a ‘Chinese harem,’ thinks men are ‘cute’ if they ‘controlled most major world governments’—AND admits crypto is ‘mostly scams and memes,’ by Daniel Bates, Daily Mail, November 17, 2022].

Currently, Bankman-Fried remains in the Bahamas, though there is an ongoing extradition attempt by the FBI [FTX: FBI Mulling Bankman-Fried Extradition As Bahamas Arm Of Exchange Files For Bankruptcy, St Kitts & St Nevis Observer, November 16, 2022]. And so there should be, as economics experts have suggested that there is evidence of deliberate fraud. Worthless tokens were presented by the company as assets, billions of dollars were conveniently transferred out of the company just before it went bankrupt, and most basic business practices, such as keeping records, were not followed, rendering investigation conveniently difficult [The FTX fraud and first principles, by Debashis Basu, Business Standard, November 21, 2022].

Mike Novogratz, Galaxy Digital CEO and an investor in FTX, has highlighted fraud at an even more basic level, explaining that, contractually, investors in FTX had deposited their coins in the FTX Exchange. For Bankman-Fried to run his own personal hedge fund with them, which he did, is, therefore, fraud [‘I think his day will come’: Novogratz questions why Sam Bankman-Fried is still a free man after massive FTX ‘fraud,’ by Joseph Adinolfi, Market Watch, November 23, 2022]. According to Crypto Briefing, using FTX customer funds to bail out his other company, Alameda, is clearly fraud [FTX Fraud: Who Are Sam Bankman-Fried’s Biggest Victims?, by Timothy Craig, Crypto Briefing, November 14, 2022]. 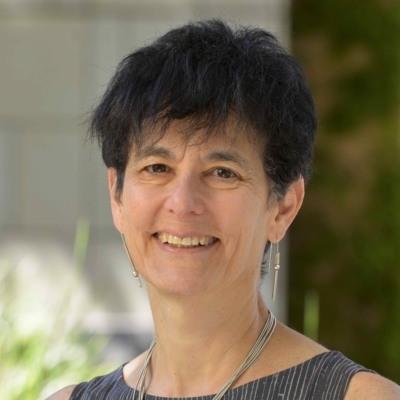 How does this relate to being raised not to believe in free will? Well, meet Barbara Fried [Email her], mother of Sam Bankman-Fried and Emerita Professor of Law at Stanford University. In 2013, Fried wrote an essay in The Boston Review entitled “Beyond Blame,” in which she argued—it should be admitted rather cogently—that the concept of “blame,” in legal terms, is extremely difficult to philosophically justify. Humans, she maintains, are products of their biology and the interaction of this particular biology with their environment, which can cause them to think and react in certain ways. As such, human actions, in all circumstances, are essentially predetermined and there is no such thing as “free will.” (This was more or less Edward O. Wilson’s position,  as well.)

We feel that we have free will, but this is simply an adaptive illusion. This being the case, argues Fried, humans cannot be said to be “blameworthy.” Fried looks at those philosophers who have countered that even if we don’t have free will then we can still be blameworthy and quotes one of them, T.M. Scanlon: “Even if our attitudes and actions are fully explained by genetic and environmental factors, it is still true that we have these attitudes and that our actions express them.” She then paraphrases Scanlon as effectively saying, “we are blameworthy for doing what we could not help but do.”

Looking at why we need to make the world “safe for blame,” Fried suggests four key reasons.

Fried then takes these arguments apart, noting that we state that some people do not have free will or it is too impaired for them to be blameworthy—such as children and the mentally ill—but there exists no clear border between “us” and “them.” They may be even less to blame than “us,” but we are still not really to blame.

My opinion: The key problem with Fried’s philosophical argument is that it fails that test of pragmatism. We cannot possibly live according to the idea that we don’t have free will, just as we can’t live by the idea that there is no such thing as objective truth, so it is a frivolous area of discussion.

Is this, however, something that may have been discussed in the presence of the young Sam Bankman-Fried? Has Professor Fried attempted to be philosophically consistent by, at the very least, trying to live by her philosophy that you should never “blame,” and that a person’s actions are not their fault? What would it do to a child if they were never blamed for their moral transgressions and if they were told that nothing was ever their fault?

Presumably, they would grow-up with a Narcissistic sense that they were perfect, that they could do whatever they wanted, and that anything bad that took place in their lives was the fault of somebody else.

There is at least some evidence that children with Narcissistic traits—to the extent that Narcissism has environmental causes—experience “parental overvaluation: parents believing their child to be more special and more entitled than others” [Origins of narcissism in children, By E. Brummelman et al., PNAS, 2015]. Sam Bankman-Fried’s childhood would certainly have imbued him with a sense of being “special”: the 3000-square-foot mansion in the middle of Stanford’s campus; the $56,000 per year private school [Private School and Lefty Parents: Inside FTX Founder Sam Bankman-Fried’s Charmed Upbringing, by Amy Tong, San Francisco Standard, November 22, 2022]. What would parental overvaluation do on top of that?

Barbara’s Boston Review piece is far from her only piece of writing which seems to line up with her son’s behavior. In an academic article entitled “Facing Up to Risk” [Journal of Legal Analysis, volume 10, 2018, pages 175–198,], she criticizes the idea that no amount of money is worth trading for human lives or for human suffering: “But in a world of epistemically indeterminate consequences—which is to say, the world in which we live—it cannot supply a general guide to action”. 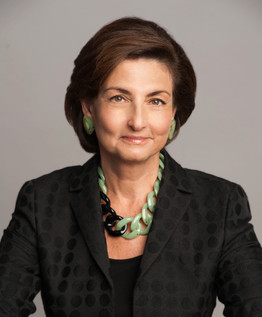 Sam’s mother is not the only person in his family with such attitudes. Her sister, Prof. Linda Fried [Email her] is Dean of Columbia University’s Mailman School of Public Health. She has argued that public well-being would be increased if criminals were not sent to prison; in other words were not seriously punished for their transgressions [Putting a Public Health Lens on Incarceration, By Linda Fried, Huff Post, June 2, 2014].

This is a family who virtue-signal equality to others while living in spectacular luxury. It is a family who think they’re above rules such as “practice what you preach.” In other words, they have Narcissistic tendencies.

And how many times have I highlighted research on the connection between Leftism and Narcissism?