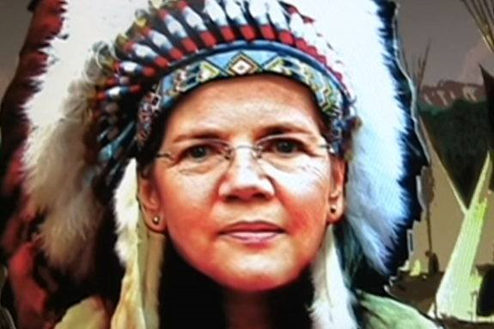 Elizabeth Warren, who also goes by her Indian name, "Lies on Race Box," is in big heap-um trouble. The earnest, reform-minded liberal running for Senate against Scott Brown, R-Mass., lied about being part-Cherokee to get a job at Harvard.

Harvard took full advantage of Warren's lie, bragging to The Harvard Crimson about her minority status during one of the near-constant student protests over insufficient "diversity" in the faculty. Warren also listed herself as an Indian in law school faculty directories and, just last month, said, "I am very proud of my Native American heritage."

Except, oops, she has no more evidence that she's an Indian than that buffoon out of Colorado, Ward Churchill.

But let's say it's true. That would make Warren a dotriacontaroon — 1/32nd Cherokee. That's her claim to affirmative action bonus points? You don't know what it's like to be 1/32nd Cherokee, to never have anyone to talk to, spending so many evenings home alone, wondering if there was some other 1/32nd Cherokee out there, perhaps looking at the same star I was.[MORE]

I may say that Ann Coulter is not prejudiced against Indians—in an interview with Dr. David Yeagley, who is an  enrolled member of the Comanche Nation (Lawton, Oklahoma) she said "Indians are a great warrior people, like Southerners."

However, I expect a number of people, mostly white liberals, will say it's heap offensive, and cry "Coulter speaks with forked tongue."

For those people, here's a Loretta Lynn video  I first saw when Kathy Shaidle posted it as lesson in "Insensitivity Training":