With characteristic class, Washington D.C. swamp-dwellers booed President Donald J. Trump while he and the First Lady viewed Associate Justice Ruth Bader Ginsburg’s coffin at the U.S. Supreme Court today [Trump booed as he pays respects to Ginsburg at court, by Kevin Liptak, CNN, September 24, 2020]. Since her death, Ginsburg appears to have become a national saint, at least among the Woke fanatics who currently control the Ruling Class, and her obsequies may achieve McCain-level excess—she is only the second Supreme Court justice to lie in state: the other was William Howard Taft, who had been BOTH Chief Justice AND U.S. President [Public viewing at Supreme Court to honor Ginsburg before justice lies in state at US Capitol, by Jack Moore, WTOP News, September 21, 2020]. This is particularly odd because Ginsburg quite clearly displayed the unpleasant traits of Narcissistic Personality Disorder—and (as some Leftists quietly acknowledge) her narcissism has now seriously undercut the causes she claimed to champion.

Ginsburg was a “tireless and resolute champion of justice” according to Chief Justice John Roberts. (He would, wouldn’t he?—Roberts is a Dubya-appointed cuck whose main interest seems to be shielding SCOTUS from Leftist wrath and clinging to the myth of judicial impartiality). She “believed that equal justice under law only had meaning if it applied to every single American” according to President Obama. For President Carter, she was simply “a truly great woman” [Ruth Bader Ginsburg, Supreme Court Justice and Pioneer of Gender Equality, Dead at 87, by Tim Dickinson and Tessa Stuart, Rolling Stone, September 18, 2020]. But I say she was a truly great Narcissist.

This shouldn’t be surprising. I recently reported on technical literature showing that people who virtue-signal are high in Narcissistic traits, because they desire status and adoration and they realize that they can achieve these by manipulating people into thinking that they are virtuous. Ginsburg spent her professional life signaling her support for “equality” and individual rights, while, clearly, living an extremely luxurious lifestyle. 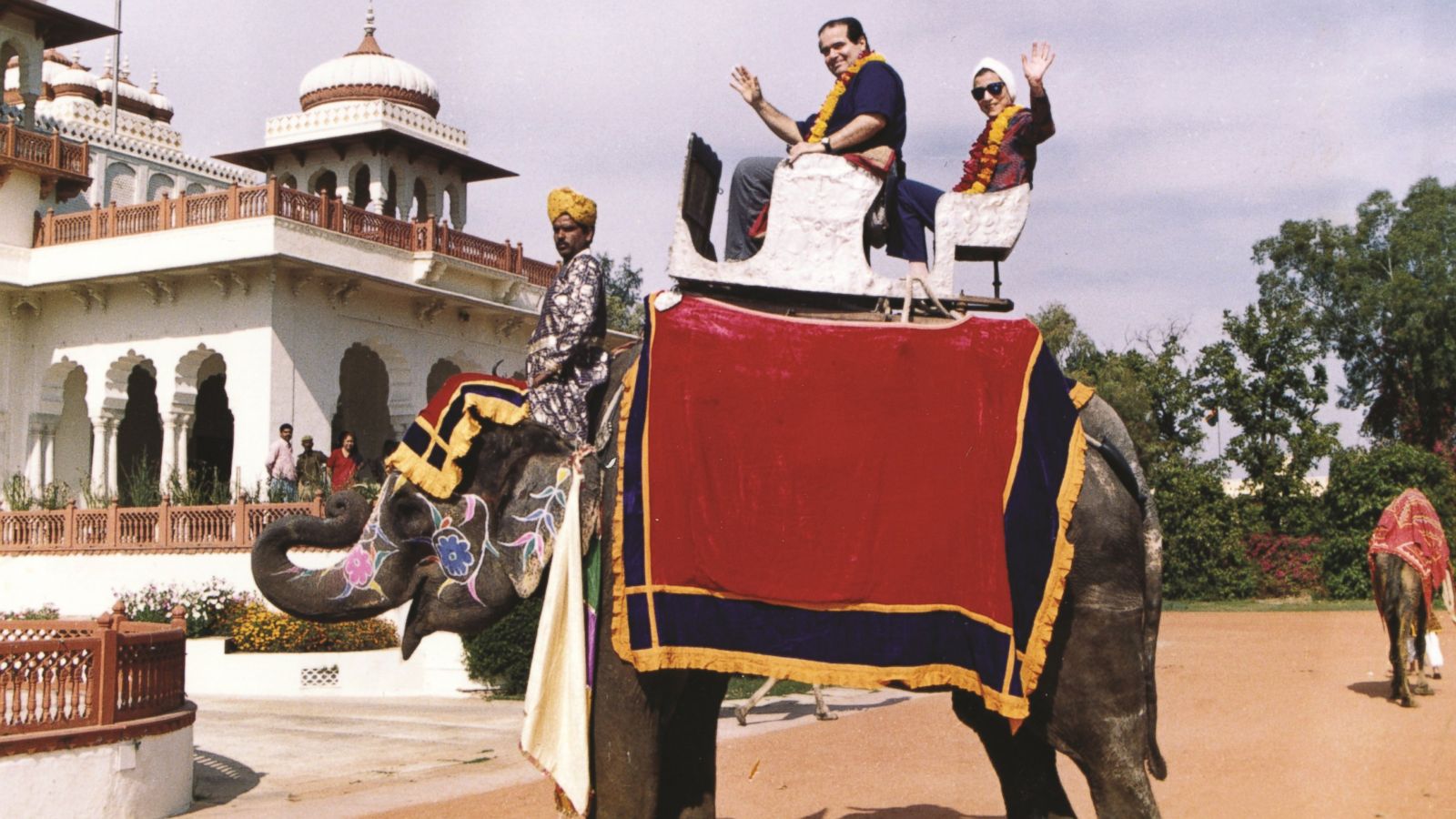 Above, Ginsburg on a trip to India with fellow Justice Antonin Scalia

It is common for corporate journalists and even celebrity medics to accuse President Trump of narcissism (e.g. The Mind of Donald Trump, by Dan P. McAdams, The Atlantic, June 2016). But I’ve documented that Hillary Clinton’s peculiar behavior evinces far more evidence of classic Narcissistic disorder—and this was even before she called on Joe Biden not to accept defeat “under any circumstances” [Hillary Clinton says Biden should not concede the election 'under any circumstances',  NBC, August 26, 2020]

Nevertheless, when I googled “Donald Trump narcissist” last year [6 PM, November 30, 2019] I got 1.4 million  results, as opposed to only  418, 000 for “Hillary Clinton narcissist.” A search for “Ruth Bader Ginsburg narcissist” today at 11 PM produced about 368,000, mostly chaff with very few saying she was a narcissist.

You read it here first.

The key markers of Narcissistic Personality Disorder are:

Ginsburg’s yearning for admiration and her belief that she was “special” can surely be seen in her stubborn refusal to stand down from the Supreme Court Bench. At the time of her death, she was 87 years old. By that age, most people have experienced, and are often aware that they have experienced, considerable cognitive decline. They are less intelligent than they once were, they become confused more easily and they become forgetful [Management of Age-Related Cognitive Decline, by Gary W. Small, Psychiatric Times, December 7, 2019]. Most responsible people, by the age of 87, would, therefore, retire form a high-stakes, onerous position of power. Failure to do so would be consistent with regarding oneself as “special” and superior to other elderly people.

But to make matters worse, it is a matter of public record that Ginsburg spent much of the last 21 years being seriously ill. She had five bouts of cancer, requiring chemotherapy, as well as serious heart problems, requiring a stent to be inserted. Such frequent physical illness is bound to take a serious psychological toll in terms of stress and anxiety and this going to interfere with the ability to concentrate and even to make rational judgements.

Probably for these reasons, as long ago as 2010 there was media speculation that Ginsburg would soon retire. It made great deal of sense because she was already 77 and already in very poor health [White House Prepares for Possibility of 2 Supreme Court Vacancies, by Ariane de Vogue, ABC News, February 3, 2010].

Instead, in 2015, we have Ginsburg publicly boasting that she was going to the gym instead of having dinner with President Obama [Justice Ruth Bader Ginsburg Chooses Working Out Over Dinner with the President, Yahoo, October 23, 2015]. This is all consistent with Ginsburg wanting to stay in her important position because she needs praise, regards herself as special, and feels entitled to be someone “important.”

Even Leftists have complained that elderly Ginsburg’s staying, and so risking dying under a Trump presidency and allowing him to nominate her successor, was epitome of self-indulgent selfishness. As Joel Mathis put it last year:

Ruth Bader Ginsburg: You broke my heart . . . you made one big mistake. And that mistake could be very, very costly to the future of American liberalism. Simply put: You hung on too long.

Mathis continued that her failing to resign under Obama, when she was already elderly, risked allowing a right-wing successor:

Forgive me, Justice Ginsburg, but that was a terribly selfish, short-sighted decision.

…You are an 83-year-old, two-time cancer survivor . . . the odds are significant that you'll get too sick to work—or worse—before the four years of Donald Trump's first term have ended

Of course, this is exactly what has happened

A non-Narcissistic justice, especially an elderly one, would have retired at a time when he or she could effectively nominate his own successor, as Anthony Kennedy reportedly did when he retired in 2018 at the age of 81 on condition that Trump nominate Kennedy’s former clerk Judge Brett Kavanaugh [Inside the White House’s Quiet Campaign to Create a Supreme Court Opening, by Adam Liptak and Maggie Haberman, NYT, June 28, 2018]. But such selflessness, and political calculation, was evidently not for Ginsburg. 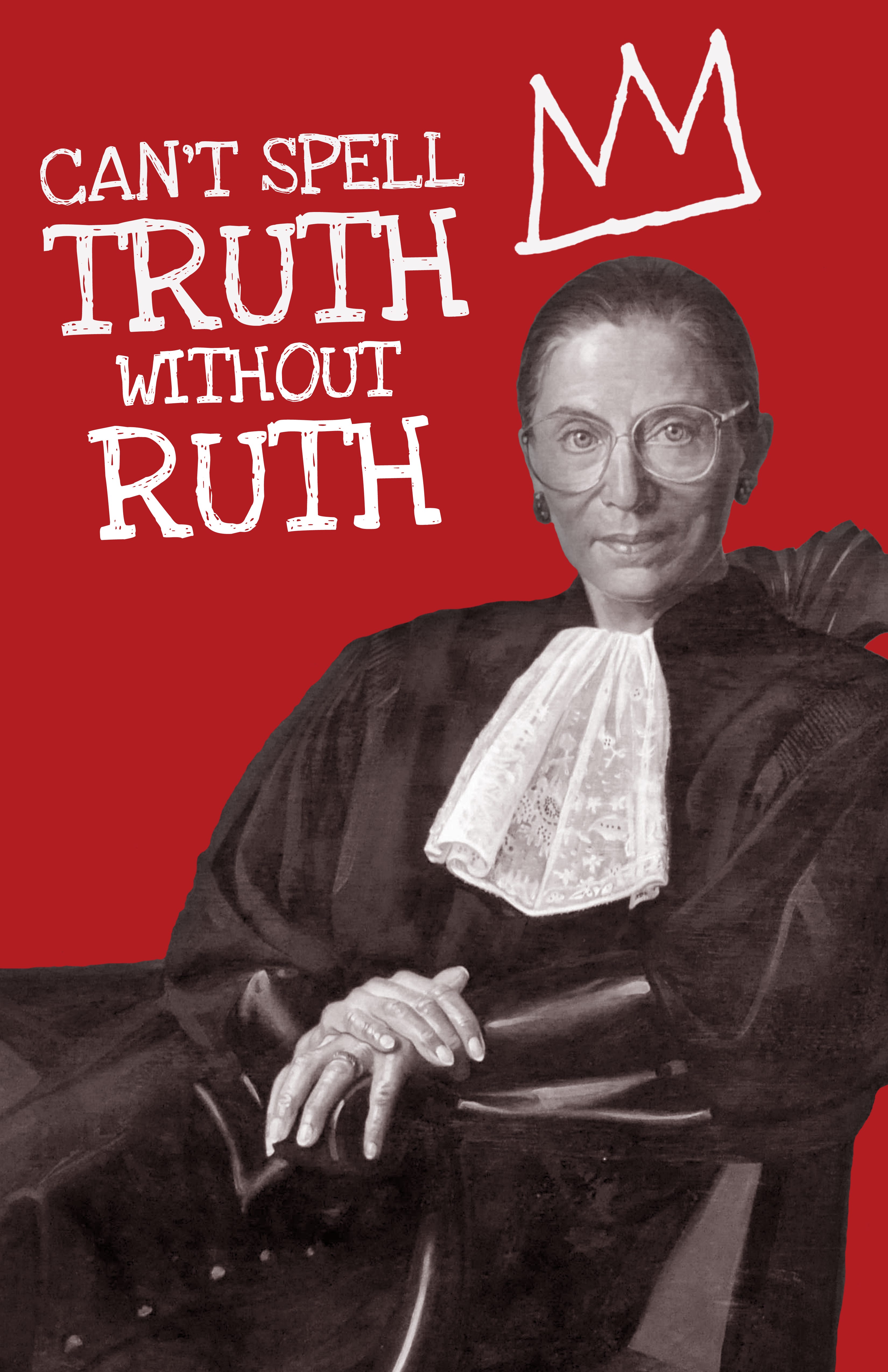 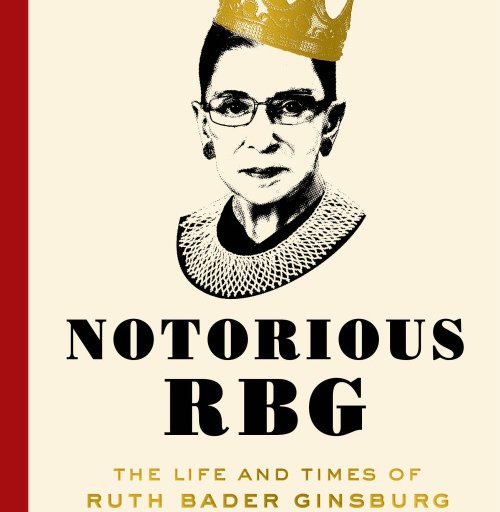 Also, unlike other Supreme Court Justices, Ginsburg deliberately cultivated her own fame and her status as an “icon.” This fact would also be in line with a self-perception of being special, a sense of entitlement to special treatment and a need for adoration. Ginsburg, as “the Notorious RBG” became a pop culture icon. Evidently thrilled by this, Ginsburg admitted to having purchased a large supply of “Notorious RBG” t-shirts which she handed out to people as gifts. She also bought t-shirts emblazoned with the slogan “You can’t have truth without Ruth” [Ruth Bader Ginsburg Says She Has Quite a Large Supply of Notorious RBG Shirts, by Zeke Miller, Time, October 19, 2014]. Indeed, Ginsburg vanity was such that she even agreed to make a cameo appearance in a movie about herself [Ruth Bader Ginsburg Films Cameo in Biopic, by Marc Makin, The Hollywood Reporter, April 17, 2018].

Moreover, Ruth Bader Ginsburg was not some humble warrior for equality and social justice. In 2016, she said of Donald Trump—using remarkably emotive language for a supposedly sage and impartial judge—that “he is a faker…He says whatever comes into his head at the moment. He really has an ego…The press seems to be very gentle with him…” [Justice Ruth Bader Ginsburg calls Trump a 'faker,' he says she should resign, by Joan Biskupic, CNN, July 13, 2016]. This demeaning, bullying remark was so shocking that she had to apologize for it. But it shouldn’t surprise us. Narcissists are prone to emotional outbursts, especially if anything threatens their belief in their own extreme importance.

And, anyway, this was the ultimate example of psychological projection. Ginsburg faked being an impartial and serious judge while in reality being a fanatical Social Justice Warrior in robes. (We know this is true because our old friend Kevin Williamson has said the same thing in so many words: Ruth Bader Ginsburg Didn’t Understand Her Job, NRO September 22, 2020.)

Ginsburg was the stereotypical legislating judge, uninterested in calmly and logically assessing that facts and the law. And narcissists are bad at being objective, because the objective truth is trumped by whatever way of thinking ensures that they feel good about themselves and that their followers adore them. Ginsburg was this problem made flesh.

She is on record as having remarked: “I frankly don’t understand all the brouhaha from Congress and even from some my colleagues about referring to foreign law” [Ginsburg Shares Views on Influence of Foreign Law on Her Court, and Vice Versa  By Adam Liptak, New York Times, April 11, 2009]

But there is a “brouhaha”—and that word betrays her arrogant flippancy—because American justices are supposed to interpret American Law. Why should the fact that foreign judges have reached a certain conclusion have any influence on American judges, unless foreigners are somehow more enlightened than Americans?

Clearly, Ginsburg had an incredible ego and obviously the media have been far too gentle with her. She was a Narcissist and an exhibitionist who would be delighted by her posthumous canonization by the new Anti-Church.