By Picking Pence, Trump Rewarded Conservatism Inc.’s Failure. Now He Must Double Down On "America First!" 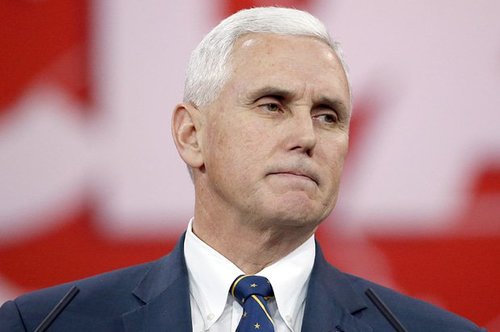 So Donald Trump has chosen Mike Pence as his running mate. Despite my harsh criticism of Pence (and there’s more below), this will not doom Trump’s chances and is unlikely to water down his America First message, though it can’t help. Vice Presidential choices are not that important, and Pence is a weakling who is unlikely to affect the campaign much. 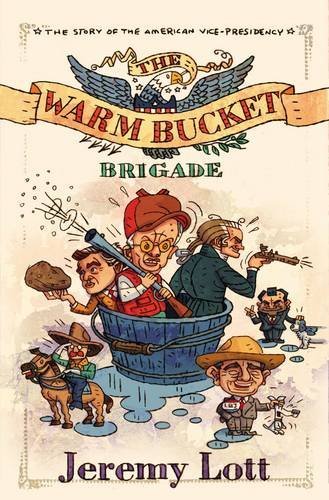 Pence may also convince some conservative billionaires to open up their wallets for Trump. But Trump’s decision was, as Ann Coulter predicted, his first big mistake, and he needs to recoup.

Breitbart’s Ken Klukowski disagrees. He argues that Pence will help Trump because he’s a bible-quoting evangelical Christian (Pence was raised Catholic, but has attended an evangelical megachurch as an adult) with "constitutional conservative credentials" who will "energize America’s Christian community." Klukowski also cites as credentials Pence’s congressional record of working to limit the power of the National Labor Relations Board and opposing government “bailouts” . [What Mike Pence would bring to a Trump-Pence Ticket, July 14, 2016]

I want to give credit where credit is due: Breitbart has heroically broken the Conservatism Inc. mold to advocate a populist nationalist agenda.(See BREITBART Rips Paul Ryan, Treason Lobby Tool; Cites VDARE.com’s Brimelow and Rubenstein) But Klukowski’s argument sadly sticks with conventional wisdom that Trump needs to shore up the GOP’s “conservative” i.e. Conservatism Inc. base. Time echoed this mantra, noting that “by tapping Pence for the role, Trump is getting a movement conservative out of central casting, a seasoned politician whose selection may soothe Republicans still skeptical that Trump is one of them.” Time cited Pence’s opposition to Medicare Part D as proof of his conservative bona fides. [Why Donald Trump Looks Set to Pick Mike Pence as Running Mate, by Alex Altman, July 14, 2016]

Bunk! While Trump fared relatively poorly in the primaries amongst regular church-attending evangelicals and very conservative voters, they immediately lined up behind him after he sealed the nomination. [GOP Voters Are Rallying Behind Trump As If He Were Any Other Candidate, by Harry Enten, The 538, June 1, 2016]

WaPo/ABC poll: 96% of “very conservative” voters back Trump. The other 4% are on cable TV right now. https://t.co/tzKNLZ50WZ

The latest PPP survey found that 92% of very conservative voters, but only 66% of somewhat conservative and 32% of moderate voters

supported Trump. [Presidential Race Shaping Up Similarly to 2012, June 30, 2016]. I suspect Trump’s support amongst the very conservative will end up even higher. As election day approaches, even the straggling Cruz supporters will come around as they think about the importance of the vacant seat on the Supreme Court.

Trump is, of course, not the first GOP nominee who the conservative and evangelical base did not like in the primary.  Mitt Romney was not popular with either group in 2012 until he got the nomination.

Real Clear Politics’ Sean Trende, who first documented the drop in white turnout in 2012, noted that “my first instinct was that [the missing voters] might be conservative evangelicals turned off by Romney’s Mormonism or moderate past.” However, it turned out that “Romney’s problem was not with the Republican base or evangelicals (who constituted a larger share of the electorate than they did in 2004).” As Trende explained, the missing white voters were blue collar, secular voters who were turned off by “Mitt Romney’s wealth and upper-class demeanor,” his private equity background, and calls to let Detroit go bankrupt. Paul Ryan’s proposal to gut Medicare certainly did not help. [Cruz, Trump and the Missing White Voters, Real Clear Politics, January 28, 2016]

Similarly, according to the Pew poll,

To win, Trump must turn out these populist working class voters without alienating too many more affluent whites. He is also polling poorly with white women.

Pence will not help. His social conservatism will alienate moderate voters and pro-abortion women, while his opposition to Medicare, labor unions, and “bailouts” will turn off blue collar voters. Additionally, he stands against Trump’s trade and immigration policies, which is the campaign’s top selling point to the working class.

Klukowski tried to claim Pence’s trade policies were “consonant with Trump’s approach of focusing on American workers and seeking a resurgence of American-made goods” citing Pence’s support for job training. He does not mention Pence’s statements like

Trade means jobs, but trade also means security. The time has come for all of us to urge the swift adoption of the Trans Pacific Partnership

In fact, as The Washington Post noted, “Pence backed trade agreements with Colombia, South Korea, Panama, Peru, Oman, Chile and Singapore during his House tenure from 2001 through 2012. He voted for the Central American Free Trade Agreement, or CAFTA” .[A leading candidate to be Donald Trump’s VP is totally at odds with him on a major issue, by Jim Tankersley, July 11, 2016]

Klukowski also tries to defend Pence for his proposed Big Business Amnesty, which I discussed in my last column, on substance and strategy.

Pence’s plan required illegal aliens to apply for the Amnesty out of the country, though they could immediately return to the U.S. as guest workers. In short, it was a “touchback” Amnesty.

Klukowski compared this to Donald Trump’s line about a "’big, beautiful door" in the security wall so that the federal government can lawfully admit however many immigrants the country needs, at whatever level serves the national interest."

Trump, however, will reduce the level of legal immigrants allowed through his door. In contrast, Pence’s plan had “no cap on the number of visas that can be issued”. [A Middle Ground on Immigration, by Mike Pence, Wall Street Journal, June 10, 2006]

Klukowski further argues that Pence offered his bill “when the GOP was considering full-scale Amnesty,” and that we should consider the Overton Window effect. He writes:

In 2006, Pence took on Congressional Democrats, establishment Republicans in the House and Senate, and a president of his party to take a much tougher stand on immigration, one that political experts said was a losing position, but which has now become the ascendant position in the Republican Party.

Klukowski here puts history on its head. In late 2005, the House passed a tough border security and enforcement bill.  In May of 2006, the Senate passed an Amnesty (and Immigration Surge) bill [S. 2611] over the loud objections of the American people. Significantly, only three Republicans who were up for election in 2006 voted for it. Because the entire House of Representatives faced reelection, the Senate Amnesty/ Immigration Surge was dead on arrival in the House.

At the time, The New York Times noted that pro-Amnesty Republicans pointed to Pence's plan as evidence that "ground seemed to be shifting" away from the belief that "legalizing illegal immigrants and creating a guest worker program" was, in J.D. Hayworth's words, "a non-starter". [Senate, in Bipartisan Act, Passes Immigration Bill; Tough Fight Is Ahead, by Rachel L. Swarns, May 26, 2006]  Pence was not moving the Overton Window towards restrictionism, but back, to Amnesty.

And far from Pence going against the GOP Establishment, George W. Bush invited him to the White House and praised his proposal [Immigration Legislation At Standstill, by Joel Roberts, CBS News, July 5, 2006]

Finally, to the extent that the GOP now has a tough stand on immigration, it’s solely because of Donald Trump. And when Trump bravely called for temporarily halting Muslim immigration, Pence responded,

Calls to ban Muslims from entering the U.S. are offensive and unconstitutional.

If kept in line, Pence will likely just be a non-entity. However, it’s crucial that Trump does not further alienate working class and moderate voters and run away from his America First platform to appease Conservatism Inc. This means doubling down on trade and immigration.

In his book The Art of the Deal, Trump wrote, “You don't reward failure by promoting those responsible for it, because all you’ll get is more failure.”

Conservatism Inc. has failed America. The last thing it deserves is a promotion. Trump has just given it one. He must make sure it’s simply a gesture.