Another week, another Muslim atrocity, this one on the French Riviera: 84 dead as I go to tape. These incidents inspire in me what I can only describe as calm despair. There's something in the collective character of Western humanity that is awfully resistant to learning an obvious lesson here. To adapt Chiang Kai-shek’s famous remark when criticized during World War II for not fighting the Japanese occupiers, but instead husbanding his forces for the coming civil war against the Communists: immigrant Muslim terrorism is a disease of the skin; white ethnomasochism is a disease of the heart. Also this week, a white-guilt video featuring a private school kid called Royce Mann went viral—perfectly illustrating the problem.

I've said it before, I know, but it bears repeating: The most amazing, astounding, astonishing statistic of the 21st century is that the annual rate of Muslim immigration into the U.S.A. increased after 9/11.

And still our leaders offer the same fool nostrums. Most Muslims aren't terrorists, they soothe, as if anyone ever thought they were. If I give you a big box full of M&Ms and tell you just one of the M&Ms is packed full of Strychnine, I venture to speculate that you will not open the box and start decorating ice-cream cones with the contents.

We don't even have a language for talking about this. I was just looking at this latest Reuters poll:

It shows that 37 percent of American adults have a "somewhat unfavorable" or "very unfavorable" view of Islam. This includes 58 percent of Trump supporters and 24 percent of Clinton supporters, a contrast largely mirrored by the breakdown between Republicans and Democrats.

What's the relevance of whether Americans “view Islam unfavorably”? I don't see it. It seems to be just unthinkingly latching in to the Cultural Marxist narrative about "Hate." How the CultMarx crowd love that word—"hate"!

Is it so hard to grasp that you might not mind Islam, that you might have no hatred at all towards it, or that—which I think is likely the case with most of the respondents in that poll—you might know diddley-squat about it, while still not wanting mass settlement of Muslims in your country?

I have never read the Koran and at this point I most likely never shall. It looks really boring. I can't offer an informed opinion about Islam, any more than 99.9 percent of other Americans can. I certainly don't wish any harm to Muslims in general. Jolly good luck to them all. Hate? Not here.

But t is surely obvious that if you let masses of Muslims settle in your non-Muslim country, you've gotten yourself some frictions and problems you didn't have before. Why bring such troubles on yourself?

Yet we keep doubling down. There's a sickness here, some kind of civilizational sickness.

Chiang Kai-shek, quoted above, was correct about the Chinese Communists, as the tens of millions of victims of their tyranny would testify, if they could.

The real menace, the disease eating away at the heart of Western society, is white ethnomasochism: hatred of one's own type, one's own race, one's own ancestors, one's own parents, one's own fellow citizens who do not share a bizarrely unreal and idealistic view of human nature. 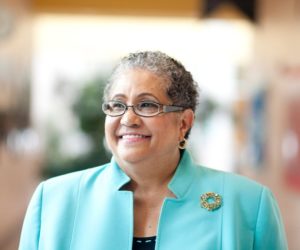 Some background: a few years ago, the public school system of Atlanta seemed to have found the holy grail of U.S. education: closing the test-score gap between blacks and nonblacks. Across the decade up to 2009 the schools posted major test-score gains, leading to the district superintendent, Beverly Hall (a light-skinned Jamaican-American)receiving the National Superintendent of the Year Award. [Systematic Cheating Is Found in Atlanta’s School System By Kim Severson, NYT, July 5, 2011]

Alas, all was not what it seemed. Or rather, for those who had drunk deep of the draughts of undiluted cynicism I offered to the world in my tremendous 2009 best-seller We Are Doomed, all was exactly what it seemed to be: i.e. a massive exercise in cooking the books. 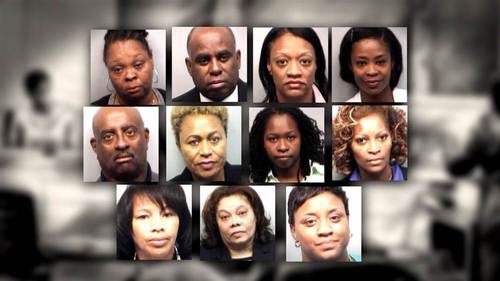 Now Atlanta has a lot of Goodwhites—gentry liberals filled up to the nose-holes with contempt and loathing for their Badwhite compatriots. You know what I mean by Badwhites: gap-toothed redneck hillbilly Trump voters with guns, bibles, and pickup trucks.

Atlanta also has a fair complement of gentry blacks: well-educated professional black Americans who want their kids to get a good education, preferably well away from those other blacks down in the ghetto.

Obviously these Goodwhites and gentry blacks don't want to send their kids to Atlanta public schools, especially after the scandals of the past decade. Hence The Paideia School. A year's tuition for your kid at junior high or high school level will cost you $23,000, exclusive of books, sports outfits, musical instruments, and extras. This place is gentry with a capital "G"—none of your parochial-school riff-raff here!

Royce Mann's parents are something to do with the performing arts. Royce himself is inclined in that direction. Earlier this year he performed at a school concert, in the time-honored tradition we all remember from reading Tom Sawyer—"You'd scarce expect one of my age / To speak in public on the stage," et cetera. Over to young Royce.

My name is Royce, my poem is titled "White Boy Privilege."

Dear everyone who isn't a middle or upper class white boy, I'm sorry.

I have started life on the top of the ladder while you were born on the first rung.

I say now that I would change places with you in an instant, but if given the opportunity, would I?

Because to be privileged is awesome. I'm not saying that you and me on different rungs of the ladder is how I want it to stay …

I'm just saying that I'm f**kin' privileged and I'm not willing to give that away. I love it because I can say "f**kin'

The first thing to be said here is a thing I have said way too many times before: If this is poetry, what is not poetry?

The Derb criterion for connected spoken or written material to be called "poetry" is that the material obey minimum two of the following three conditions:

Young Royce Mann's spoken production was not poetry. What was it? Basically, distilled ethnomasochism. The kid just hates himself for being white.

Or does he? The degree to which the sentiments expressed are truly Royce's, and whether he even contributed to the writing of this not-poem, as opposed to having had it put into his hands by his parents or teachers, has been much debated on the internet comment threads.

The comment that I think grasped most of the issue here came from someone using the tag "Question Diversity" on the American Renaissance website:

Remember, this is a school for the Top 0.01 percent … These white … kids aren't being beaten with a stick, they're being taught how to use the stick against other white people.

That comment was actually on a another story from a few days earlier, concerning a different school: Bank Street School for Children on the Upper West Side of Manhattan: 610 West 112th Street, New York, NY 10025, to be precise. If you need to ask about condo prices in that zip code, you can't afford them. Bank Street School was in the news because its students, kindergarten through 8th grade, are given intensive training in diversity by—of course—a Director of Diversity, a female person of subcontinental Indian origins named Anshu Wahi. Ms Wahi's M.O. is to put white and nonwhite kids into separate classes:

Bank Street has created a "dedicated space" in the school for "kids of color," where they're "embraced" by minority instructors and encouraged to "voice their feelings" and "share experiences about being a kid of color," according to school presentation slides obtained by The Post.

Meanwhile, white kids are herded into separate classrooms and taught to raise their "awareness of the prevalence of Whiteness and privilege," challenge "notions of colorblindness (and) assumptions of 'normal,' 'good,' and 'American'" and "understand and own European ancestry and see the tie to privilege."

Some Bank Street parents have reported their kids coming home in tears, saying "I'm a bad person." These are children as young as six, remember.

Believe it or not, some parents have complained about the anti-white brainwashing! They have objected, for example, to Ms. Wahi's May 31st screening, for the kids, of a movie titled Black Panthers: Vanguard of the Revolution , which depicts Panthers founder and convicted cop-killer Huey Newton as a martyr.

In the context of the Cold Civil War, these schools are the military academies feeding manpower to the Goodwhite armies, just as our universities are the staff colleges supplying the field commanders and strategists. You can't mold people to their military duties without strict discipline.

Why don't the Bank Street parents understand that? How are their kids ever going to grow up hating Badwhites if they don't get properly indoctrinated at a young age? And if they don't hate Badwhites, how will they be able to take up their duties as Masters of the Globalized Universe?

The Paideia parents down in Atlanta obviously understand. They would never tell the Reuters/Ipsos pollsters that they have a “somewhat unfavorable” view of Islam.

The blood of Islamic terrorism’s victims, past and future, is on their cappuccino cups.