Back To School…Or Dropping Out, In the Case Of America’s Cultural Marxist-Controlled Colleges 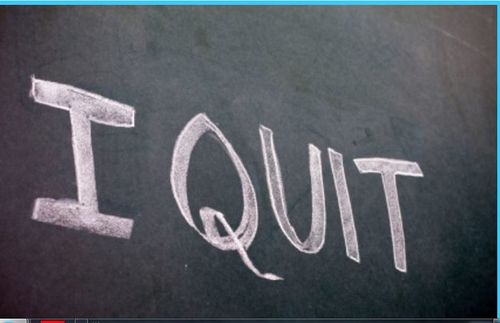 After Labor Day, it’s not just K-12 kids who are headed back to school and the new anti-America: So are college students—but not, after trying it for a couple of years, me.

I’ve dropped out and have no intention of finishing my bachelor’s degree.

Dropping out is a very personal decision. Below is why I did it, take from it what you will. But in no way should this be considered a sort of Dissident Right version of Timothy Leary’s call to “Turn on, tune in, drop out.”

Furthermore, if you are going to college for something that is actually practical (a blue-collar trade, something in STEM, etc.) I would say you should stick with it. Those degrees are valuable—and barely have a political culture to them, much less a Leftist one.

However, my interests have always been lofty and impractical: history, political science, philosophy, and sociology. And as everyone knows, those fields of study are now almost universally under the iron grip of what we call “Cultural Marxism.”

Therein lies part of the trouble—everyone knows those majors are completely and utterly dominated by Leftist professors, administrators, and for the most part, students. What’s more, everyone knows that Right wingers never stop complaining about it.

There has been plenty of writing on the topic here on VDARE.com and on other Dissident Right websites as well. Beyond us, even Conservatism Inc covers this subject with a great deal of vigor and reasonable competency. David Horowitz has a book about it, Dinesh D’Souza has one as well, over 60 years ago William F. Buckley wrote a book about it, over 25 years ago Allan Bloom wrote a book on it…the list goes on and on. Not to mention the regular articles on this topic at National Review, Breitbart, etc.

Even people with only a superficial interest in politics are aware of this gripe. To complain about it is to become an instant cliché—the lone Republican on campus who just cannot catch a break.

And no one likes a complainer. In my experience, just about everyone is more annoyed than interested when anyone on the Right brings up the topic of liberal bias in education. People are generally attracted to strength, and when we just whine about the injustice of college Leftism, no one can be bothered to feel pity for us.

College is liberal the way Canada is cold, or off-brand Cola is bad—it just is, everyone knows it, and there is no sense in complaining about it, because it is not going to change. There are simply not enough of “us” to somehow start taking over this or that philosophy or poli-sci department at any state university.

Additionally, no student is going to convince a professor who is interested in Mary Daly, the crazy feminist philosopher who refused to allow men into her classes, also to be interested in an American patriot and cultural conservative like the late Sam Francis. Trust me: trying that does not work, and you just look like a jerk.

“So why not just shut-up and keep your head down?” some of you are surely asking. This is where dropping out gets personal. If you can shut-up, and are willing to do it for four years or more, go for it, I guess. But I am not built that way.

If Margaret Mead is being discussed in class, I am going to bring up Lothrop Stoddard, and then I will get into trouble and be that guy. Grinning and bearing it was indeed something I tried, but hearing people say vile, untrue, and triumphalist things over and over again without reacting eventually began to sit heavy on my state of well-being.

“Why not go to one of those explicitly conservative colleges?” a lot more of you are asking.

I go back and forth on that idea, and see two big problems.

Being the lone atheist at a small Christian college sounds unpleasant for everyone involved.

Colleges like Hillsdale are already frequently in hot water for this or that not perfectly Politically Correct thing they have done. (For example, the kerfuffle when Larry Arnn, president of Hillsdale, said that the bureaucrats who came to the college to see if they had enough minorities, something Hillsdale resolutely refuses to keep records on, had to look at student faces and count the “dark ones.” Mich. college president calls minorities 'dark ones', by Lori Higgins, Detroit Free Press August 1, 2013). I suspect that many of these superficially conservative colleges would take the opportunity to triangulate against me in true Conservatism Inc./ Beltway Right style in the hope of impressing their Leftist enemies by making my life difficult.

Sound far-fetched? Imagine if Matt Heimbach had tried to start his much-denounced “White Student Union” at King’s College or Liberty University instead of at an undistinguished state university. The Main Stream Media would have had an even bigger field day about the WSU than it did, and a “conservative” private college would probably have done anything to save face.

Here of course it is worth mentioning that picking up stakes and trying one college after another (I have already attended two) is very costly. For those of you above 35, it’s important to realize that college has quietly become significantly more expensive, less obviously beneficial, and more Left-y than it was when you matriculated, back in the days when Madonna was young, sexy and had an American accent.

But listen to me complaining about the lack of colleges that I would find amenable to my special needs. Who cares? My views: If your college does not suit you, is expensive, and the benefits it will bring you later seem to be in doubt—then drop out and find something better to do.

We of the Right are supposed to be independent and self-sufficient, right?

I have known a few different people who got degrees in laughable “identity” majors like Women’s Studies and then became professional complainers about their unemployment thereafter. No-one reading this would offer them much pity—but is a paleocon who gets a Ph.D. in history and is then upset that no college wants to hire a professor with “racist” ideas any better?

Obviously we all have more sympathy for the latter. But said history student did no better in planning life based on realistic expectations.

Of course, this is a tragedy in terms of scholarship. But it simply part of an inevitable macrocultural retreat and regrouping that F. Roger Devlin brilliantly described in his 2011 H.L. Mencken Club lecture Higher Education: The Impossibility Of Reform.

Also, if we can agree that the state of college is horrible—low standards, enforced multi-culturalism, fluff degrees—then how important can it be to attend?  Is it really a great plan for me to go $20,000 in debt at a college that requires me to take three “ethnic studies” classes in order to get a degree in journalism just to find myself “Derbyshired” in five years at whatever job I got?

Remember too, that academic tenure is not what is used to be—meaning the next Paul Gottfried or Kevin MacDonald will be hard pressed to find refuge in academia. For that matter, I don’t think that Tom Woods, who after Columbia and Harvard could only get teaching work at a minor New York college but found a base in think tanks and rapidly apotheosized into a New York Times best-selling author, would even get his foot on the first rung of the Ivy League ladder nowadays.

There will be those who will read this and be saddened by it. But I assure you that leaving is the happy part. It may have been sad when the academy was lost. But leaving it to self-perpetuate into irrelevancy is quite satisfying.

And money can certainly be made without a degree. The credentialism bubble is bursting anyway—Robert B. Reich (Dartmouth, Oxford, Yale, Clinton Administration Secretary of Labor) says so! Reich specifically cites the unacceptable cost-benefit prospect. (Back to college, the only gateway to the middle class, Baltimore Sun, September 3, 2014).

I am told—it was before my time!—that during the Vietnam War protesters would chant: “Suppose they gave a war and nobody came?”

Well perhaps we should say: “Suppose they gave “LBGT Studies” degrees—and everybody went off and got a job instead?”

Nathan Doyle is a Middle American Radical and occasional polemicist.