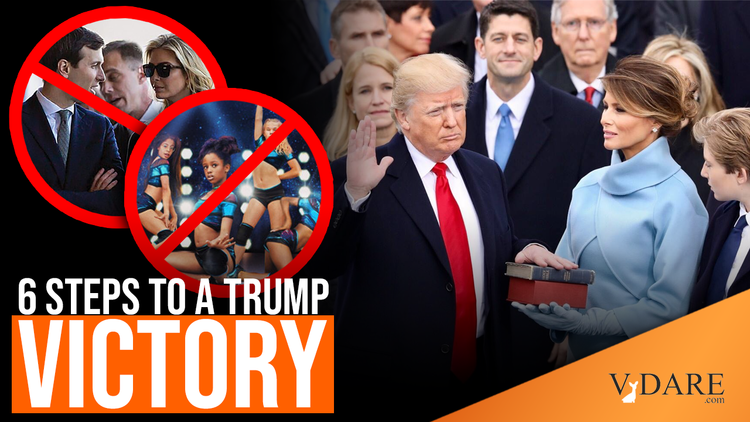 COVID, the shutdown, riots, looting, wildfires—we’re depressed enough. Do one small favor for the nation in 2020 by giving us another hour of sunlight. The next president can punish us again. (But why would we ever want to lose an hour of daylight in the afternoon? Why? Why? Why?)

During World War II, the long-suffering Britons left their clocks one hour ahead at the end of summer, then added an extra hour ahead when spring came along again. You’ve compared the Wuhan flu to war. Steal this great wartime idea from Britain!

2) Try To Go Seven Weeks Without Being a Fanboy to the Liberal Media.

Ordinary, middle-class people would never have made the mistake of talking to Bob Woodward. Only a massively insecure social climber would say: “OMG! OMG! It’s Bob Woodward!!!”

Honey, guess who I’m talking to? A little reporter by the name of … BOB WOODWARD!

Woodward’s job is to get people to tell him what they don’t want to tell him. It sounds like he didn’t even have to break a sweat with you.

TRUMP: How about this letter from Kim Jong Un? Pretty cool, huh? You see the way he says “your excellency.” You know who he’s talking about, right? That’s me! Oh and by the way, I printed up a laminated copy for you.

WOODWARD: Really? I can keep this? I’m allowed to take it with me? Thank you, kind sir, thank you!

Working-class people are busting their butts to keep you in office, while you go off and blather a lot of nonsense to Woodward to feed your ego months before the election.

3) Round Up Antifa Criminals, Jail and Prosecute Them.

4) Open the Country, Close the Border.

Remember how there was going to be a two-week shutdown to “flatten the curve”? Guess what? We’ve flattened it!

It’s been almost six months of everyone staying home, socially distancing and wearing masks. COVID isn’t lurking out there like a back-alley rapist ready to pounce. There aren’t a lot of human carriers left.

In early May, about a third of all COVID deaths in the nation were in New York. But by now, Gov. Andrew Cuomo has already killed off everyone who was ever going to die of it. Throughout April there were more than 500 deaths a day in New York City alone. In the last seven days, a total of 44 people died of COVID in the entire state.

Other states have passed through their much milder peaks. On Monday of this week, more than 2,000 Americans died of cancer, another 2,000 died of heart disease and, according to The Not-Hysterical-At-All New York Times, 450 died of COVID. Things have gotten so good that the Times’ creepy COVID obituaries are forced to feature 101-year-olds dying from “complications of COVID-19.”

The six-month nationwide shutdown has largely cleared COVID from the body politic. Now the main danger is if we start importing other countries’ body politics.

5) Denounce the Pedo Film That’s All the Rage With Our Elites.

The exact same people who been freaking out about Confederate statues have suddenly became oh-so-bored sophisticates about the Netflix pedophilia movie “Cuties.”

Liberals: These uptight conservatives are freaking out about a film. Yawn.

Hey, there’s a statue to Confederate Gen. Robert E. Lee that’s been standing in a public park for the past century.

Liberals: BURN IT DOWN! DECAPITATE IT! GET THIS MONSTROSITY OUT OF MY SIGHT! AHHHHHHHHHHHHHH!!!

Unfortunately, the left’s studied complacency about a pedo movie seems to be petering out. One tweet from you could get them going again.

You won by 80,000 votes across three states, mostly cast by non-college-educated Americans who’ve been betrayed by both parties for 40 years. They didn’t want tax cuts—they don’t have jobs. They wanted manufacturing back, safe neighborhoods, and (like your neighbors on Fifth Avenue and in Palm Beach) schools that aren’t overwhelmed with Somalis or Mexicans.

Thanks to the political acumen of your whiz-kid son-in-law, you gave them tax cuts, “criminal justice reform” (i.e. you released criminals) and a moved embassy. These are people who voted Obama, Obama, Trump. You gave them another Bush.

Maybe Jared is right about the MAGA base having “no place else to go,” and it was a shrewd political move to betray them. But it wouldn’t take a lot of former-Trumpers to stay home for you to lose.

To convince your voters that, in a second term, you really will get around to the promises you made in 2016—about immigration, bringing manufacturing home and ending pointless wars—you have to fire your amnesty-supporting, pro-criminal, Israel-obsessed son-in-law.

We want to see moving trucks.