From: A Son Of The Old Dominion [Email him]

The Black Lives Matter types have been using the latest crisis to attack and desecrate Confederate monuments in Richmond, VA, the capital of the late Confederacy.

Below, the Jefferson Davis Monument: 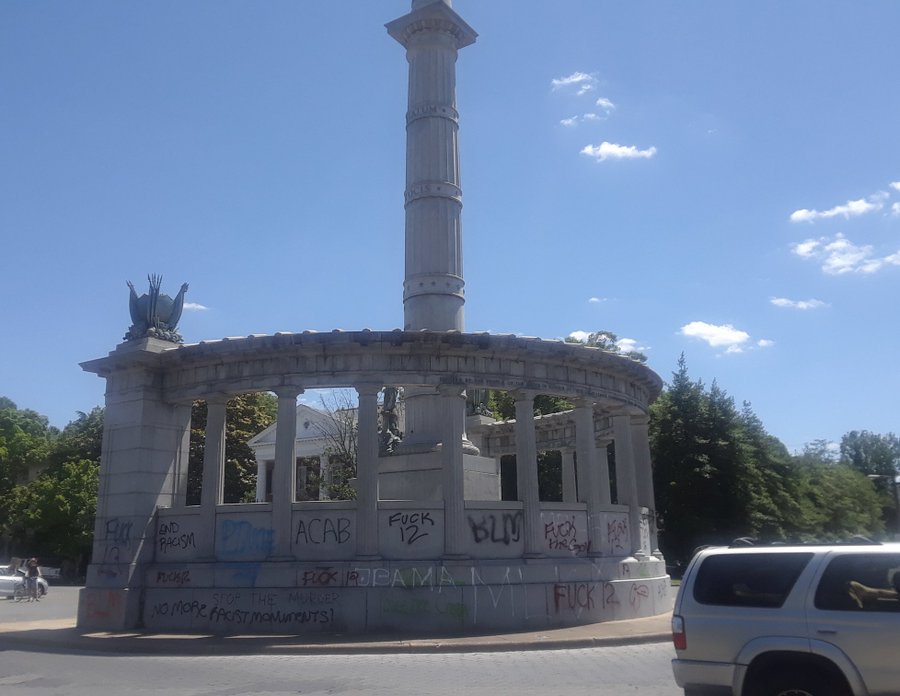 BLM, Obama, ACAB (All Cops Are Bastards) and F--- 12, which means the same thing, for obscure criminal slang reasons. 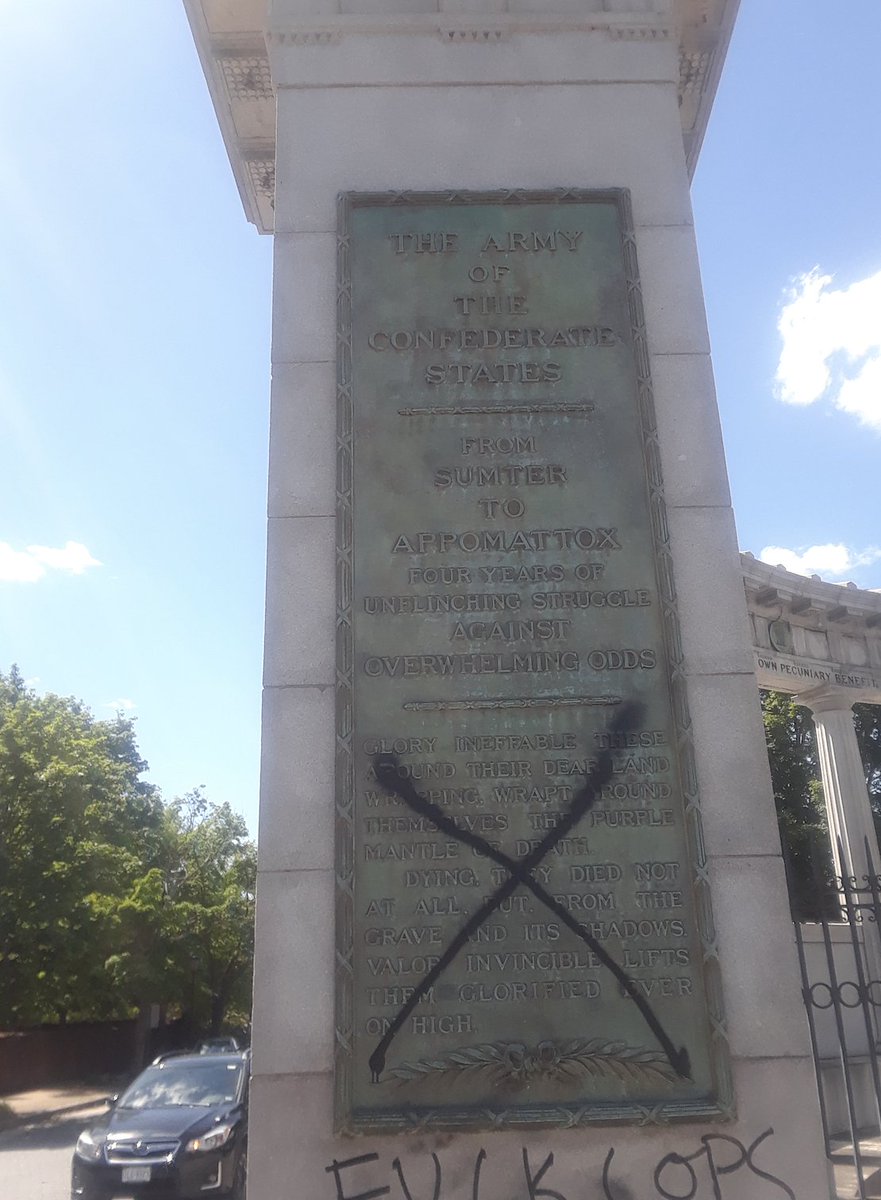 Below, the black power statue erected by the black city government overlooking the Richmond, VA Confederate Museum. (The statue is ominously named "Rumors of War.") It has no graffiti. 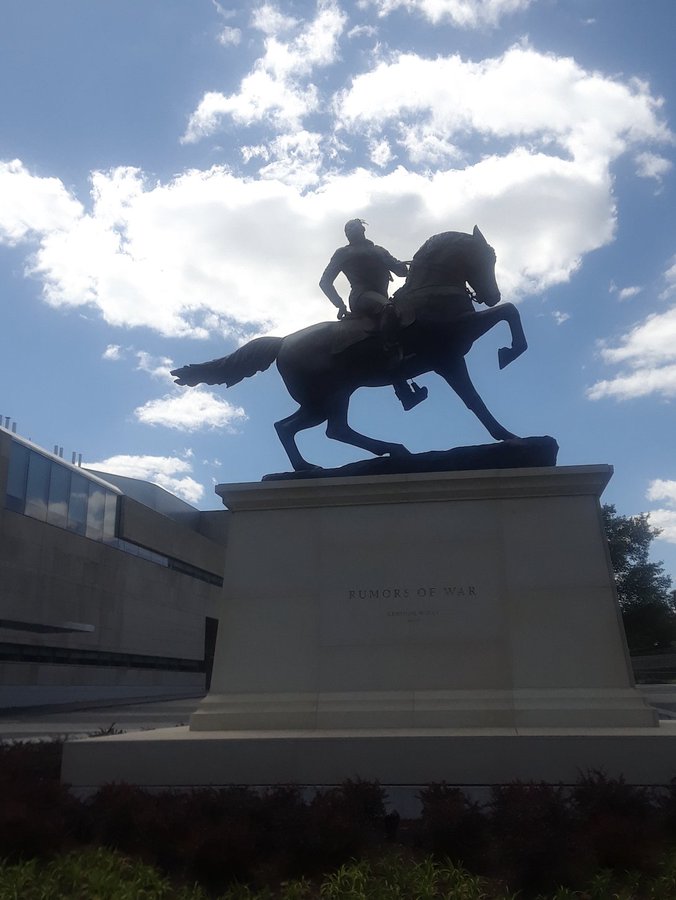 Below, damage to the Richmond Confederate Museum during black insurrection/antifa riots. 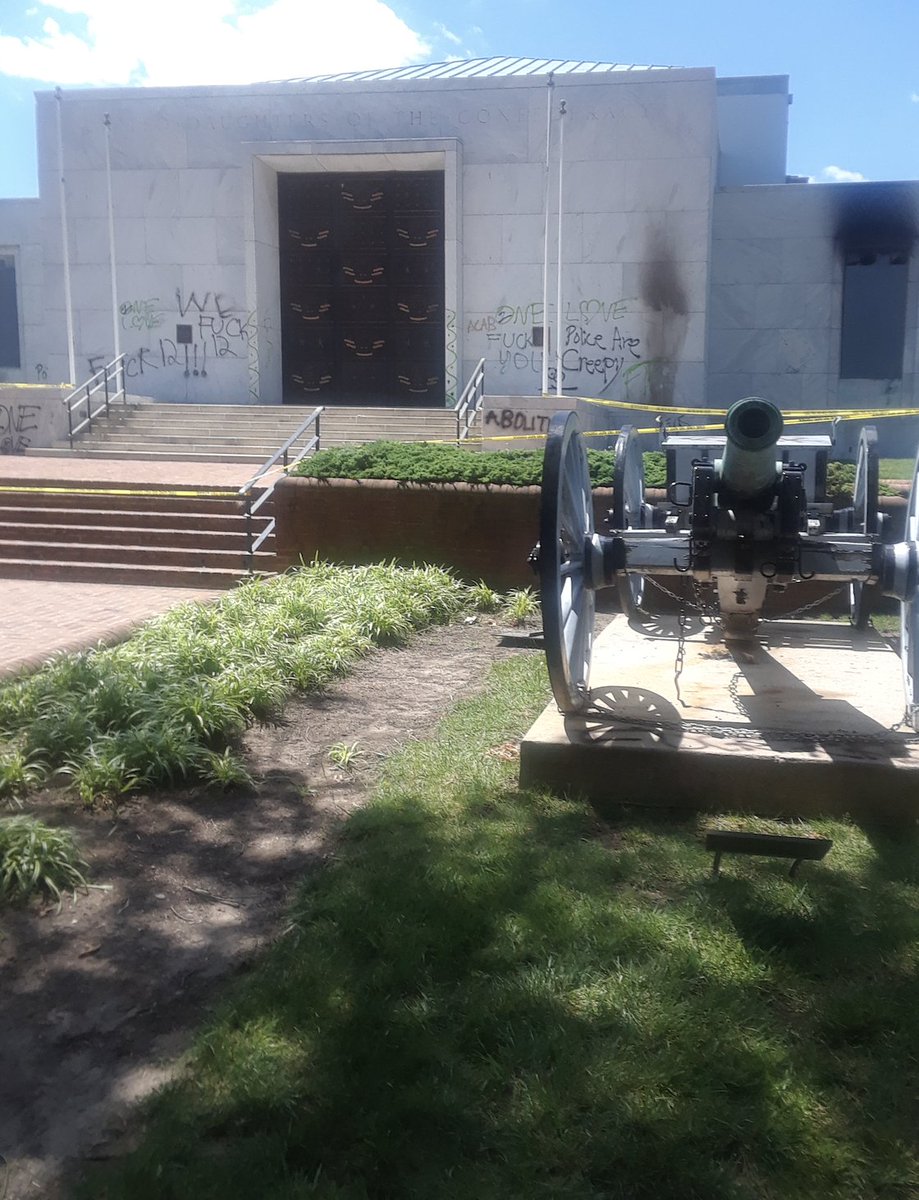 A noose around the Jefferson Davis Memorial in Richmond, VA. They tried to pull the statue down last night. Police refused to remove the noose. If police don't protect (or anyone defend), it will come down by vicious black insurrectionists/antifa tonight, like the Silent Sam statue at University of North Carolina at Chapel Hill, or the Confederate Soldier in front of Durham County Court House. 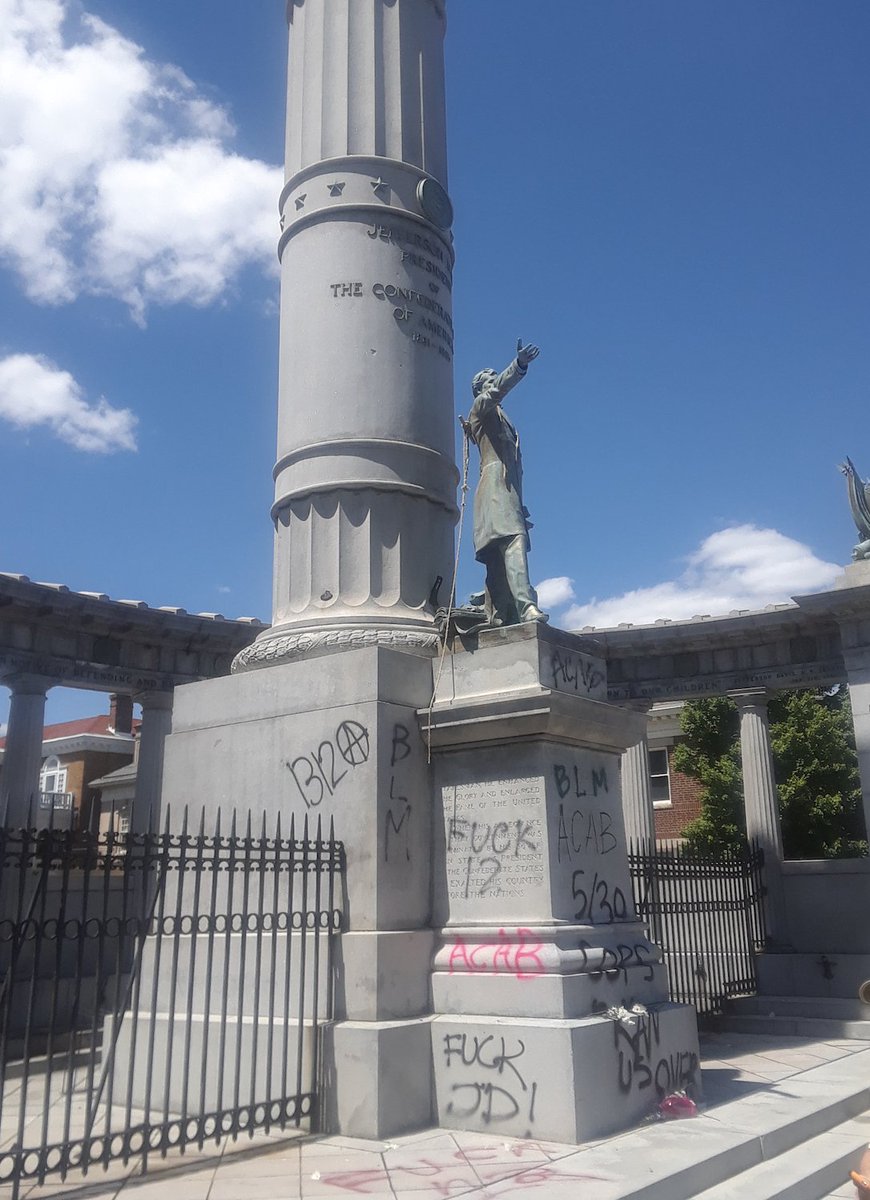 The Stonewall Jackson monument is covered in anti-white, anti-police graffiti. 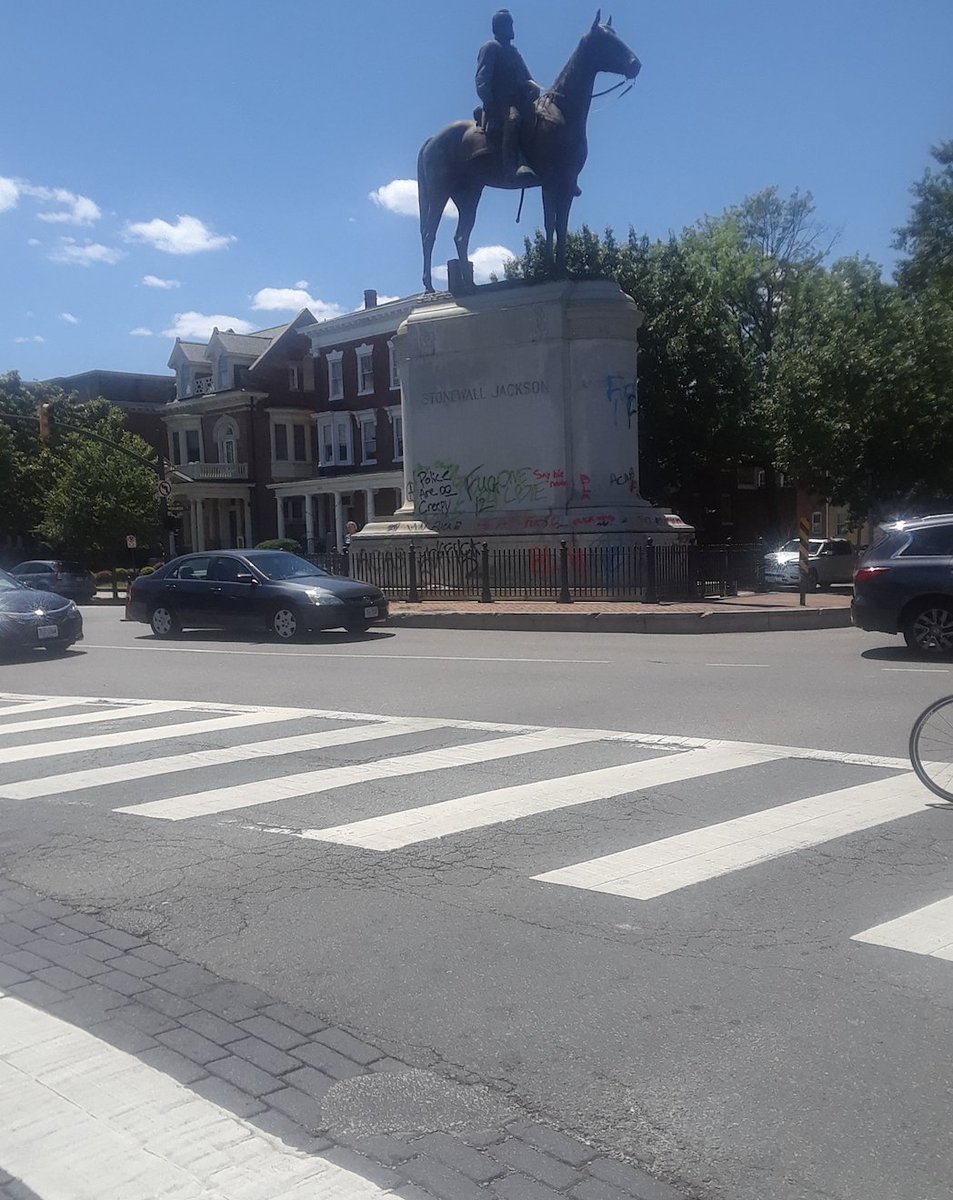 As I said above, ACAB on the monuments means "All Cops Are Bastards." Antifa/Black Lives Matter terrorists think any cop, regardless of race, is an enemy defending a fictitious white hegemonic society. The fact police let them riot and loot is a reminder THEY have the privilege.

This black insurrection/antifa riot is nothing more than a victory party, because the power structure (corporate America) is firmly on their side.

It's not about Confederate Statues/Monuments anymore. All statues to white Americans will fall. Every one of them. All because we fear being called "racist" more than we desire protecting our civilization.

"For our posterity," must be our guiding light.