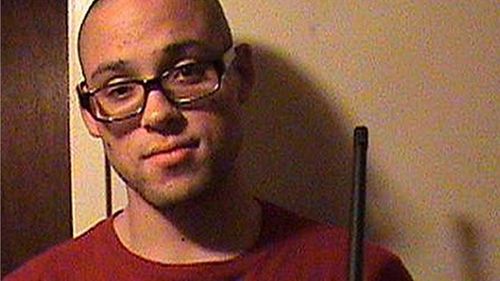 The media act as if they're performing a public service by refusing to release details about the perpetrator of the recent mass shooting at a community college in Oregon. But we were given plenty of information about Dylan Roof, Adam Lanza, James Holmes and Jared Loughner.

Now, quick: Name the mass shooters at the Chattanooga military recruitment center; the Washington Navy Yard; the high school in Washington state; Fort Hood (the second time) and the Christian college in California. All those shootings also occurred during the last three years.

There's a rigid formula in media accounts of mass shootings: If possible, blame it on angry white men; when that won't work, blame it on guns.

The perpetrator of the latest massacre, Chris Harper-Mercer, was a half-black immigrant, so the media are refusing to get too specific about him. They don't want to reward the fiend with publicity!

But as people hear details the media are not anxious to provide, they realize that, once again: It's a crazy person. How long is this going to go on?

When will the public rise up and demand that the therapeutic community stop loosing these nuts on the public? After the fact, scores of psychiatrists are always lining up to testify that the defendant was legally insane, unable to control his actions. That information would be a lot more helpful before the wanton slaughter.

Product manufacturers are required by law to anticipate that some idiot might try to dry his cat in the microwave. But a person whose job it is to evaluate mental illness can't be required to ascertain whether the person sitting in his office might be unstable enough to kill?

Maybe at their next convention, psychiatrists could take up a resolution demanding an end to our absurd patient privacy and involuntary commitment laws.

True, America has more privately owned guns than most other countries, and mass shootings are, by definition, committed with guns. But we also make it a lot more difficult than any other country to involuntarily commit crazy people.

Since the deinstitutionalization movement of the 1960s, civil commitment in the United States almost always requires a finding of dangerousness—both imminent and physical—as determined by a judge. Most of the rest of the world has more reasonable standards—you might almost call them "common sense"—allowing family, friends and even acquaintances to petition for involuntarily commitment, with the final decision made by doctors.

The result of our laissez-faire approach to dangerous psychotics is visible in the swarms of homeless people on our streets, crazy people in our prison populations and the prevalence of mass shootings.

According to a 2002 report [PDF] by Central Institute of Mental Health for the European Union, the number of involuntarily detained mental patients, per 100,000 people, in other countries looks like this:

The absolute maximum number of mental patients per 100,000 people who could possibly be institutionalized by the state in the U.S.—voluntarily or involuntarily—is: 17. Yes, according to the Treatment Advocacy Center, there are a grand total of 17 psychiatric beds even available, not necessarily being used. In 1955, there were 340.

After every mass shooting, the left has a lot of fun forcing Republicans to defend guns. Here's an idea: Why not force Democrats to defend the right of the dangerous mentally ill not to take their medicine?

Liberals will howl about "stigmatizing" the mentally ill, but they sure don't mind stigmatizing white men or gun owners. About a third of the population consists of white men. Between a third and half of all Americans have guns in the home. If either white men or guns were the main cause of mass murder, no one would be left in the country.

But I notice that every mass murder is committed by someone who is mentally ill. When the common denominator is a characteristic found in about 0.1 percent of the population—I think we've found the crucial ingredient!

Democrats won't be able to help themselves, but to instantly close ranks and defend dangerous psychotics, hauling out the usual meaningless statistics:

Undoubtedly true. BUT WE'RE NOT TALKING ABOUT ANOREXICS, AGORAPHOBICS OR OBSESSIVE COMPULSIVES. We were thinking of paranoid schizophrenics.

How can these heartless Democrats look the parents of dead children in the eye and defend the right of the mentally deranged to store their feces in a shoebox, menace library patrons—and, every now and then, commit mass murder?