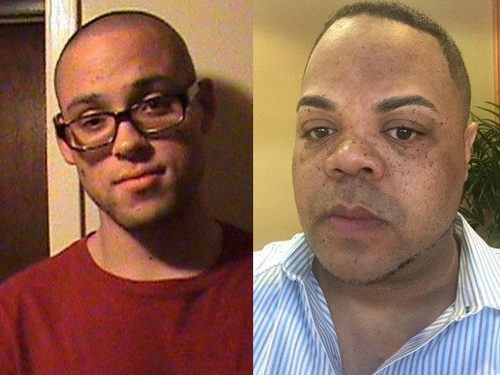 Publicity And The Allure of Mass Murder

"Seems the more people you kill, the more you are in the limelight."

That blog post on the email address of Oregon mass-murderer Christopher Harper-Mercer was made after Vester Lee Flanagan shot and killed that Roanoke TV reporter and her cameraman.

"I have noticed," said the blog post, "that people like [Flanagan] are all alone and unknown, yet when they spill a little blood, the whole world knows who you are."

Harper-Mercer had found the key to his future, and given us a truism for our time.

For the world now knows who Harper-Mercer is.

We have seen his face on TV. We have read how he murdered eight students and a teacher at Umpqua Community College, how those who admitted to being Christian were executed in front of the class with a bullet to the brain.

When detectives arrived, Harper-Mercer was wounded in a firefight, fled back to his bloody classroom and shot himself. From start to finish, the worst shooting in Oregon's history lasted half an hour.

When the news broke, predictably, President Obama was back in the White House briefing room calling for new laws to control the sale of guns.

Yet it is hard to find an episode where new gun laws would seem less relevant. For what took place at Roseburg, Oregon, was a planned massacre by a man full of hate who had decided to end his life in a blaze of infamy, by suicide, or suicide-by-cop, so he could become as famous as the killers of Columbine, Ft. Hood, Aurora, Sandy Hook, Tucson, Virginia Tech and Charleston.

Harper-Mercer wanted to die as a mass-murderer.

Is someone driven by such hatred, such determination to have us know who he is, going to be deterred by a new federal statute that says he cannot acquire the guns he needs to succeed, out of 300 million guns in America?

Roseburg reinforces the case made by the NRA.

Often, the only way to stop a bad guy with a gun is a good guy with a gun. That's who finally stopped Harper-Mercer. Regrettably, none of the innocent dead at Umpqua was carrying a concealed weapon.

Prediction: We are going to have more of these massacres.

Why? Because we rewarded Harper-Mercer for his barbarity in the currency he craved, the only currency he cared about: fame and immortality in this world. Before Oct. 1, Harper-Mercer was a nobody, a loser, a recluse with no girlfriend. For a brief time, this nobody has become as notorious as John Dillinger and Jesse James.

The lesson of Roseburg?

If you are sick of life and hate the world, you can end it in a way that makes that world take notice of who you were. If you are willing to shoot a dozen unarmed people, and die in a blaze of gunfire, TV will interrupt its broadcasting to report on who you are, what you did, and to read on-air selections from your fiery final manifesto.

The Charleston killer Dylan Roof had photos of himself waving the Battle Flag shown to all of America. The Roanoke killer took cellphone photos while shooting the woman reporter.

Moreover, society is producing more and more dead souls like Harper-Mercer, who crave the same reward.

The child of a broken family, he was taught in schools from which the Ten Commandments had been ruthlessly expunged. He grew up in a deracinated society whose reverence for human life is testified to by 55 million abortions since Roe v. Wade, and by video games where killing of simulated human beings is treated as a participant sport.

In the country of yesterday, "Thou shalt not kill" was the word of God, and the penalty for breaking God's law and man's law was not only execution, but the loss of one's soul.

How many still believe that?

We have a drug culture where those with mental illness are prescribed ever more powerful antidepressants. And modernity has no convincing answer to the eternal question, "Why not?"

Across the secularized West, in the thousands, young men are being attracted to the Islamic State to become suicide bombers. The drawing card? Footage of anti-Islamists being beheaded on a beach.

And the reward that Islamists offer to their suicide bombers?

Not too different from ours. We make our monsters media celebrities of the moment. The Islamic State makes them martyrs for Allah who spend eternity in paradise.

In a de-Christianized America where no higher law exists, killing is a commonplace occurrence, and the popular culture is polluted by raw sex and violence, what answer does society give to the Harper-Mercers who are willing to kill in large numbers to become famous?

We are not the rules-based society we once were. We have junked the Christian code, embraced absolute social freedom, and dispensed with the moral sanctions.

Yet instead of the Great Society of liberalism's promise, we seem to be approaching a society that is sick unto death.