A French Journalist Interviews Peter Brimelow About Charlottesville, And The Future Of "Democracy In America"

Herewith a few paragraphs from that story, which I've translated using Google Translate with the help of American Renaissance’s Jared Taylor, whose French, Ms. Lajon assures us, is “excellent”:

The anger of the black American intellectual elite The black American intellectual elite of Richmond immediately rose to the battlements. "The removal of statues from Monument Avenue is a necessity," says Bonnie Winston, [email her] managing editor of the black community newspaper Richmond Free Press. “There is no question of destroying them, but we do not need heroes who have celebrated slavery. " Division again and forever. Linda Thomas, president of the local branch of the NAACP (the largest “Rights Of Black Americans” group), says no better: "These statues promote the history of those who fought to divide the country from a racial point of view. They have no business in a public space. "The anonymous, especially the older ones, are more cautious and even evasive. Telling the truth to a white is still perceived as a danger to an African-American. “They have always been there and we can not go back, they represent the bad to achieve good," she adds. Okay, but what do they actually think, those citizens whose grandparents endured separate school buses or toilets, where the word "colored people" was inscribed everywhere as an odious, inhuman barrier? "They will always find the means to oppress us. Before it was slavery, today is the glass ceiling.” shamelessly affirms Dawud, 33, a former member of the Crips gang in Los Angeles who has returned to live in his hometown. “They say they got Obama's skin, it's good, and they'll show us that they're always in charge, the whites. "" Their imagination is infinite”, Lindwood Miller lets slip, 26, and his girlfriend, Charman. “Today, the statues tomorrow ... " According to the Southern Poverty Law Center (SPLC), which lists organizations that promote hate in America, Virginia is home to 42 of these groups and ranks fourth in the list of the most racist states in the country. There the gigantic bronze statues of Generals Lee, Jeb Stuart, Thomas Jackson, Jefferson Davis and Matthew Fontaine Maury, are something sacred. Speech was freed, with an unmasked face—read the exclusive interview with Richard Spencer here). For Peter Brimelow, founder of the VDARE webzine (very anti-immigrant ) "the resentment of the whites of the South is still much stronger than what the left-wing media thinks."[The French world Ms. Lajon used here is ressentiment “but Brimelow’s email answer said, in English“Even now, Southern white sentiment is much stronger than the New York-based Main Stream Media realizes.”] Jared Taylor, a former Paris Institute of Political Studies student and founder of the monthly American Renaissance, has been labeled "white supremacist" by the SPLC (he prefers to call himself identitarian). "As a white man, we can not claim anything without being treated as a racist," he said in excellent French. "America is terribly divided today, and we must go back to the Civil War in order to see a division like this." As for Eli Mosley, an old-stock Yankee who takes care of all the social networks of the movement, he considers the displacement or destruction of the statues as a red line. He warned Donald Trump. "He won thanks to us, the alt-right, with our firepower on the Internet." The subtext—if Trump doesn’t listen "it's over for him." [Links added More(French) Google Translate ]

I work for Le Journal du Dimanche and I have been sent to the States to cover the Confederate story. I am about to meet with Richard Spencer and I would like to know if you would agree to talk to me. I will be in Richmond later but maybe over the phone I thank you for your help and time

She forwarded a series of questions. Here they are, with the answers.

Peter Brimelow: In the sense that it shows elected Democrat officials are prepared to ally with paramilitary AntiFa communists to suppress white Americans’ First Amendment rights, with the complicity of the Main Stream Media and total quivering cowardice from Republican politicians, with the partial exception of Trump. See Post Charlottesville Anti-Right Pogrom Based On Fantasy: A Compendium Of Facts

The Left has also launched a pogrom against internet dissent—including against VDARE.com, which had nothing whatever to do with the Unite The Right rally. This was obviously long planned – indeed, we anticipated it by having a backup credit card processor in place when PayPal canceled us without warning or explanation.

Basically, the Left wants to move the U.S. to a managed-democracy situation as in the EU, with “hate speech” laws, police harassing dissenters, no political resistance possible to mass immigration. The Republican Establishment is basically OK with this too.

But it will be hard because (1) the U.S. Constitution (a Federal judge DID uphold demonstrators rights, Mayor and Gov. clearly in contempt of court see A Reader Wants Governor Terry McAuliffe Held In Federal Contempt Over Charlottesville); (2) Trump is still President and has a lot of power if he feels like defending his supporters; (3) people have guns in this country. The Unite The Right people could have defended themselves against the police attack and the AntiFa, but chose not to. My guess is that, next time, some of them will shoot.

Karen Lajon: How important are the monuments in the American history? 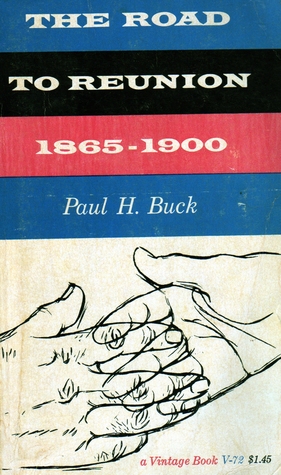 Peter Brimelow: Historically, they were critical to the remarkable process of reconciliation between the North and the South that took place after the Civil War. Even now, Southern white sentiment is much stronger than the New York-based Main Stream Media realizes—and you’ve probably seen polls show there’s no national appetite for the statues’ removal e.g. Rasmussen Poll: Voters Don’t Want Statues of Founders Removed although you can’t tell that from the MSM.

Karen Lajon: Is the white identity in danger in America now?

Peter Brimelow: Of course. Immigration policy has reduced whites from 90% of the population in 1960 to below 65% now, projected to go into a minority around 2040. Basically, the government is dissolving the people and electing another one—to adapt Bertolt Brecht’s poem.

You’ve probably seen that there are already calls to rename Washington, DC because George Washington was a slave owner, etc. That’s just the start. Unless this immigration is stopped, America as it has been known to history will cease to exist.

Karen Lajon: How important is the Alt Right movement and will it last?

Peter Brimelow: In America, there’s always been a right of the Right, rebelling against the Republican Establishment, going back at least as far as Robert Taft . Periodically, it gets control of the party e.g. Reagan. It tends to get known by the name of its most prominent faction e.g. paleoconservatives in the 1990s, AltRight now, but that oversimplifies the coalition. It may be that the term “Alt Right” will get too identified with Richard Spencer, but the tendency will continue, no doubt acquiring new names if future.

Trump was elected for a reason—American whites are getting the message that they’re being dispossessed. As long as that dispossession continues, there will continue to be earthquakes.

I suppose you don’t have time to read but see “It Will Only Take One Election”—The Trump Tsunami vs. Clinton’s Coming Merkel-Style Immigration Surge and “We Have A Totalitarian Left In This Country” for more.

Like an earlier French observer of "Democracy In America',  Alexis de Tocqueville, Ms. Lajon, while perfectly conventional by French standards, sees things from a slightly different perspective. (No American could have written like that about "The anger of the black American intellectual elite". ) It's possible that her observations of America will make her less hopeful than de Tocqueville was, but America has been through a lot since he visited in the 1830s, and is not dead yet.