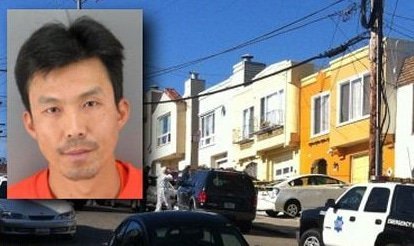 Here's an updated list of recent cases of Immigrant Mass Murder Syndrome. To our August 2012 list of 411 Killings, 153 Wounded, we can add at least 61 murdered and 30 wounded, for 472 Killings and 183 wounded. A previous list, for VDARE.com’s Immigrant Mass Murder Syndrome Count—As Of July 28, 2011: 37 Cases, 337 Dead, covers cased back to 1971—a Mexican named Juan Corona killed 25 people with his machete, and another Mexican, Humberto De La Torre, burned an apartment building killing 25 people in 1982.

Neither of those could have been prevented by gun control. Perhaps what we need is what Steve Sailer has called for—an National Immigration Safety and Quality Board.

This list remains incomplete, because of MSM suppression of the immigration status of criminals. I'm sure there are many cases I've either never heard  of, or heard of but never knew the killer was an immigrant.

A couple of anomalies below—the Jamaican who killed only one person, plus himself, after bursting into his workplace with a gun. One isn't "mass", but he may have been interrupted, or simply incompetent. Also, Faisal Mohammed stabbed four people before being shot by a police officer, but they all survived. Death tolls don't include the shooter, suicide or no.