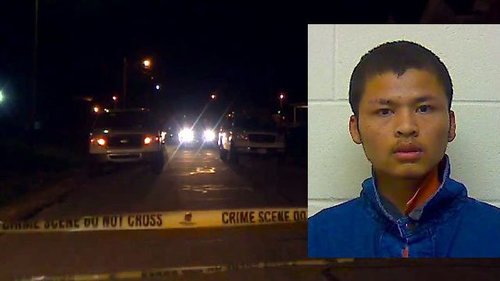 NEW BERN, N.C. (AP) - A neighbor attacked a Burmese family with a knife, stabbing to death three young brothers who were ages 1, 5 and 12, a police chief said Wednesday.

The suspect, identified as 18-year-old Eh Lar Doh Htoo, also a Burmese immigrant, was arrested and charged. He lived near the family and knew them, but the chief didn't know any more about their relationship.

Authorities weren't sure of a motive and a language barrier is affecting the investigation.

We've noted before the odd Asian tendency to "run amok" and also and also to commit appalling familicides.

But this is also a case of America's equally appalling Refugee Racket:

Susan Husson, executive director of the Interfaith Refugee Ministry in New Bern, said the victims' family and the suspect's family likely came through her office before settling in New Bern, but she didn't know them personally. She said the first Burmese refugee came to New Bern around 1999.

Ask Husson if she's ever heard of "due diligence."

As VDARE.com's Thomas Allen said back in 2003, the Refugee Industry is simply a racket designed to benefit "contractors" like Husson and the refugee inflow should be capped—or, better, abolished.

What is the GOP Congressional Leadership waiting for?