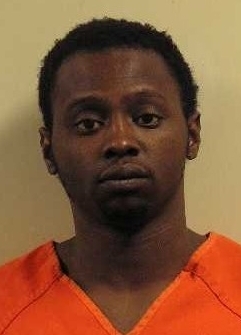 On Tuesday, Somali national Omar Mohamed Kalmio (pictured) got life in prison for a 2011 mass murder in two parts. First he shot his girlfriend, then drove across town to murder her 13-year-old brother, her mother and the mother’s boyfriend.

The killer had quite a violent rap sheet (Detention Extended for Man Tied to Murdered Minot Family, WDAZ, May 3, 2011):

Kalmio has two criminal convictions from 2006 in Minnesota. He was convicted of second-degree assault with a dangerous weapon, a felony, and sentenced to one year and one day in prison, court records show. A criminal complaint in the case said Kalmio and a group of other Somali men attacked a man in Minneapolis in January 2006, and Kalmio stabbed him three times in the back with a knife. The victim also was stabbed in the face and shoulder and suffered a collapsed lung and concussion.

A criminal background of such determined diversity made Kalmio an ideal prospect for deportation. But Somalia at that time was considered too ungoverned to accept deported thugs, so Kalmio remained in this country.

In 2011, Congressman Ted Poe became alarmed at the thousands of foreign criminals released onto American streets because their dirtbag homelands refuse to take them back. He authored a bill that would require the State Department to deny visas to embassy and consular support staff if they do not accept the criminals within 90 days. Of course the legislation went nowhere. Public safety doesn’t appear on the government’s to-do list.

And anyway, wouldn’t it make more sense to end visas and immigration entirely for any nation not accepting its criminals? We can start with Somalia.

MINOT, N.D. — A Somali national was sentenced to life in prison Tuesday for killing the mother of his child and three other people in North Dakota two years ago.

Kalmio was convicted of fatally shooting 19-year-old Sabrina Zephier on Jan. 28, 2011, at her Minot home. Authorities said he then killed her 13-year-old brother, Dillon Zephier; her mother Jolene Zephier, 38; and Jolene’s 22-year-old boyfriend, Jeremy Longie, at the mother’s nearby mobile home. The baby girl was found unharmed in Sabrina Zephier’s home. They were members of the Yankton Sioux Tribe.

Kalmio, who had a history of violent crime, was working in North Dakota’s oil patch at the time of the killings and said he was in the U.S. under political asylum.

According to court documents, a witness said Kalmio and Zephier argued days before she was found dead. Kalmio’s co-workers at an oil rig site near Williston claimed he had told them Zephier purposely became pregnant and that she had ruined his life. Authorities said Kalmio described injuries to Zephier that had not been publicly disclosed.

Kalmio and a group of other Somali men were accused of attacking a man in Minneapolis in January 2006, and Kalmio stabbed him three times in the back with a knife. He was convicted of second-degree assault with a dangerous weapon and sentenced to about a year in prison. Kalmio also was convicted of theft in 2006, and ordered to pay a fine.

Multiple slayings are virtually unheard of in North Dakota, which had only 10 murders and non-negligent homicides in all of 2010 and 24 homicides the next year, according to data compiled by the FBI.