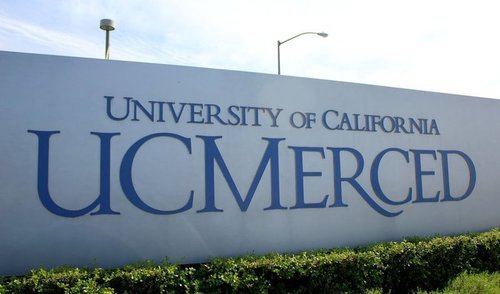 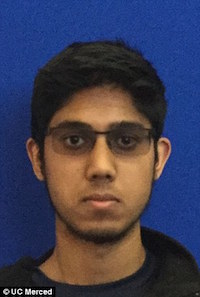 On Wednesday, there was a knife attack at University of California at Merced in which four people were injured and the knifeman was shot dead by the police. Now we have learned more details, and the crime has interesting diversity aspects. The slasher was a Muslim (described as smiling as he attacked), Faisal Mohammed (pictured), yet the authorities are still investigating his motivation. ISIS approved of the attack.

The Merced sheriff said he could find no terror connections, but the Islamic default behavior for stress reduction is often violence against the infidel. Hopefully we will find out before too long.

I learned something in this case that I didn’t know before. UC Merced was designated in 2010 as a “Hispanic-serving institution” and one of the requirements for that classification is that the school “certifies an enrollment of at least 25 percent Hispanic students.” Is that kind of race quota legal after Prop 209?

It turns out that UC Merced has a student body where 40 percent identify as Hispanic so there is no shortage.

Anyway, back to the diverse crime. The Daily Mail reports that Mohammad had a backpack filled with odd items for a college student:

‘He had far greater intentions to do damage’, Daily Mail, November 5, 2015

Faisal Mohammad, a freshman who majored in computer science and engineering at the University of California was carrying highly flammable petroleum jelly, ziptie handcuffs, night vision goggles, duct tape and a hammer in his backpack when he was shot in the back by cops.

In reference to the petroleum jelly, Sheriff Vern Warnke said: ‘He had poor man’s C4? – C4 being the dense, putty-like explosive used widely by the military and demolition teams.

JON SCOTT: Authorities are now identifying the man behind a stabbing spree on a California campus as eighteen-year-old Faisal Mohammad they say he was a student at UC Merced from Santa Clara, California. Police say Mohammad stabbed four people before he was shot and killed by school officers. Claudia Cowan joins us now live from Merced with more on this story.

CLAUDIA COWAN: Jon, 18-year-old Faisal Mohammad was a computer science and engineering major from Santa Clara. That’s about two hours away from here, so he lived on campus, and his roommate describes him as a loner who didn’t say or do much, but that all changed yesterday. Police say Mohammad used a nine-inch hunting knife to stab four people in an attack that started inside a classroom and then moved outside. All four are expected to survive.

A lot of credit is being given to the second stabbing victim thirty one-year-old Byron Price, a construction worker who heard the commotion in a classroom, want to check it out and got stabbed himself. He says Mohammad appeared to be enjoying the attack saying he had a smile on his face. The sheriff said Price may have saved a student whose stab wounds were so serious he needed to be life flighted to the hospital. Authorities say Mohammad attacked two more people as he ran away, knife still in his hand, and when he made a move toward campus police one of the officers shot and killed him.

This latest act of campus violence has left everyone here shaken. . . It’s not known whether Mohammed targeted his victims, whether he planned this attack or what provoked him. Investigators say they are now combing through his activity on social media. They have searched his dorm room and are talking to people who knew him but again, John, according to the roommate, he really didn’t have many friends here. We are hoping to get an update from the sheriff’s department in about two hours and in the meantime here at UC Merced, no school today. Classes resume tomorrow.