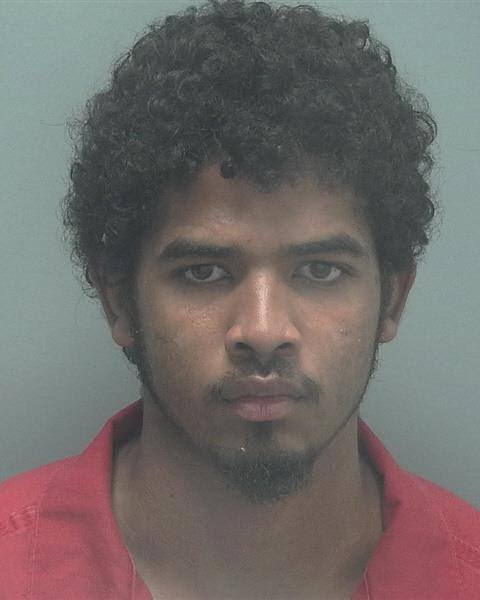 "Family member" was Brian Omar Hyde, illegal immigrant from Belize, snuck in from MEXICO. But a fence won't work. - http://t.co/EgHircTGb3

Ann Coulter, who has noticed the "Immigrant Mass Murder" phenomenon before, tweets in response to the latest one.

This guy is from Belize, which is the country that used to be British Honduras. He killed several members of his own family, a thing we call "Immigrant Familicide".

Whenever I hear of a case like that, I think of Richard Pryor's story about visiting a prison in Arizona, which gave him a new perspective on mass incarceration:

I always said the black man had been screwed over since the Revolution. “We’re nice people. We just got a bad break.” But I was there six weeks and I talked to some of the brothers there. Thank God we got jails.

I said to one, “Why’d you kill everybody in the house?”

Before Brian Omar Hyde (allegedly, for legal reasons) committed this crime, he had already been discovered by ICE to be an illegal alien, and was  benefiting from Obama's non-detention policies:"According to LCSO, Hyde is in the country illegally and is awaiting a court hearing as an illegal immigrant, having crossed the Texas border earlier this year."

The story actually says he's illegal, but that kind of thing is no more likely to make it into a headline than his race. And this guy is a real winner:

WHO IS BRIAN HYDE?

Authorities in Brian Hyde's native country of Belize say he is no stranger to them.

Hyde was recently wanted in connection to a recent robbery of a cell phone store there before fleeing the country.

Hyde first came to the U.S. in January, illegally entering through Texas, according to investigators.

Since then, Hyde had been staying with his relatives, the Pitts, in Lehigh Acres.

According to Belize media outlets, Hyde was also arrested in November of last year for assaulting a police officer, a charge he later disputed.

His trial was set to start in January, but he was not present and it resumed without him. A representative for the Belize Police Department said he was found guilty in March and was sentenced to six months in jail, a sentence that is still outstanding.

Other reports show Hyde and two other men were suspects in a double murder case dating back to October 2013. He was only charged with a lesser crime of "handling stolen goods."

His uncle, Russell Hyde, was considered a suspect in the brutal murders of two Belize nationals in May. Both men were found decapitated and dismembered.

To date, Russell Hyde has not been charged with their murders.

According to sources in Belize, police do not have the technology to analyze DNA and other forensic evidence like the U.S. does, which may be one reason they had such a hard time connecting Russell Hyde to those deaths.

As for Brian Hyde, he remains in Lee County Jail and faces trial here.

Attorney Michael Raheb said if Hyde is found not guilty, he'll face an immigration judge and most likely be deported.

Once deported, Belize police say he would face his six-month sentence stemming from the charge of assaulting a police officer.

But if found guilty, "then he may be serving life in prison, in which case the whole point of deportation becomes moot because he won't be released from Florida state prison," Raheb said.

Officials at the Department of Immigration and Customs Enforcement have not yet responded to NBC2's requests for comment.