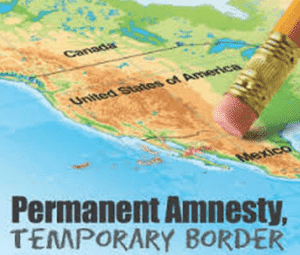 National Review does not really care. H/T One Old Vet

A supporter has written suggesting that National Review is seriously deficient in its coverage of the Obamacrat Border Dissolution scandal. On looking into the matter, I see that he is right.

At present the centerpiece NR editorial statement is actually a recycle of Rich Lowry’s Politico essay Obama's Border Crisis July 02, 2014 -  hidden for some odd reason on the NR site behind their pay wall. No other of the NR Big Feet has deigned to say anything.

The Lowry/Politico piece is OK as far as it limps

...the administration’s policy of eviscerating interior enforcement is entirely its own creation and has no basis whatsoever in law. That policy, the president’s de facto amnesty of young illegal immigrants imposed by executive order and all the talk of a more wide-ranging amnesty over the past year have had their predictable effect.

The key to reversing the tide is enforcement, and not just at the border.

There seem to be no other featured articles except a Guest one of the usual excellence by Jeff Sessions On Immigration, It’s Time to Defend Americans July 3, 2014.

In The Corner blog amongst a torrent of articles on other subjects only a couple of items by Ryan Lovelace make serious contributions, notably the really important Have the Feds Dumped the Phrase ‘Unaccompanied Alien Children’? July 3, 2014

This of course is consistent with the Pelosi- articulated “No Borders” policy. NR does not draw this conclusion and Ryan's scoop was given no support.

After some slight interest at the beginning of the month, NR is not reporting in the inflammatory stories which the Drudge Report is excelling at providing.

The reason is plain. While as I said in The Lowry/Kristol Odd Couple Stunt: What Do They Fear?

…what has caused both Lowry and the much more significant Bill Kristol to make patriotic noises this cycle?  Two possibilities exist -

The NR operatives have now been told the GOP/AdelZuck control group intends to take a dive on the Obamacrat Administrative Amnesty. Their coverage of this atrocity will be the minimum their credibility with their proletariat permits.