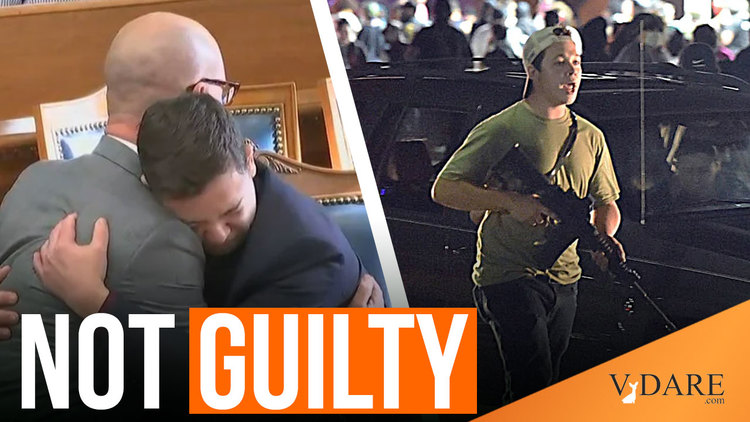 Kyle Rittenhouse Acquitted: We're All Still In Danger Of This Kind Of Prosecution

Kyle Rittenhouse has been acquitted on all charges, in spite of all attempts to apply pressure on the jury.

Here's how we got here.

When police were called to a domestic dispute involving a black criminal in Kenosha, WI named Jacob Blake, Blake reached for a knife, and had it in his hand when he was (non-fatally) shot in August 2020.

In response, Tony Evers, the governor of Wisconsin, urged Wisconsin blacks to riot:

Tonight, Jacob Blake was shot in the back multiple times, in broad daylight, in Kenosha, Wisconsin. Kathy and I join his family, friends, and neighbors in hoping earnestly that he will not succumb to his injuries.

While we do not have all of the details yet, what we know for certain is that he is not the first Black man or person to have been shot or injured or mercilessly killed at the hands of individuals in law enforcement in our state or our country.

We stand with all those who have and continue to demand justice, equity, and accountability for Black lives in our country—lives like those of George Floyd, of Breonna Taylor, Tony Robinson, Dontre Hamilton, Ernest Lacy, and Sylville Smith.

And we stand against excessive use of force and immediate escalation when engaging with Black Wisconsinites.

I have said all along that although we must offer our empathy, equally important is our action. In the coming days, we will demand just that of elected officials in our state who have failed to recognize the racism in our state and our country for far too long.

That’s it, that’s the whole thread. No call for peace or warning against rioting. 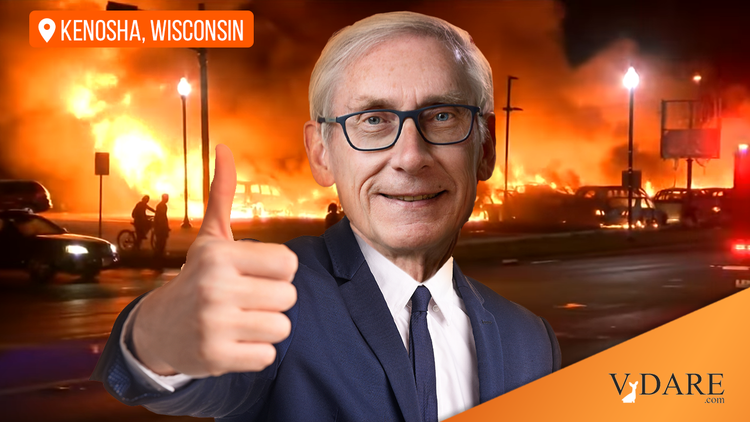 Evers wasn't the only Democrat to support rioting in Wisconsin: see Insurrection: How Much More Lawbreaking Did Biden Incite In Kenosha With His Demand To "Dismantle Systemic Racism" *AFTER* The First Night Of Rioting?

Teen marksman Kyle Rittenhouse more or less singlehandedly ended on the Kenosha Riots on their third night, August 25. In contrast, many leading Democratic politicians egged on the arson and looting despite three full months of evidence of what encouraging BLM and Antifa leads to, going back to George Floyd’s death on May 25. For example, from Joe Biden’s Facebook account on August 24, 2020, the second day of rioting in Kenosha, WI:

These shots pierce the soul of our nation. Jill and I pray for Jacob’s recovery and for his children.
Equal justice has not been real for Black Americans and so many others. We are at an inflection point.

We must dismantle systemic racism. It is the urgent task before us. We must fight to honor the ideals laid in the original American promise, which we are yet to attain: That all men and women are created equal, but more importantly that they must be treated equally.

Just a reminder: this was not only incitement, it was a pack of lies. See

This was aggravated by the police refusal to put down riots, on orders from Democratic pols, or from fear of prosecution:

This is classic anarcho-tyranny: the police won't protect you but will charge you with murder if you protect yourself. That is because the prosecution is frequently under the control of the Left. See Ann Coulter: Left Trying Get Rittenhouse Like They Got Proud Boys, So NO ONE Will Dare Resist Them.

In spite of the acquittal, being loudly protested by the Left on Twitter, and probably soon in the streets, whites are still under attack. If a black man tries to murder you, and you defend yourself, expect to be charged with the crime of "fighting back while white."