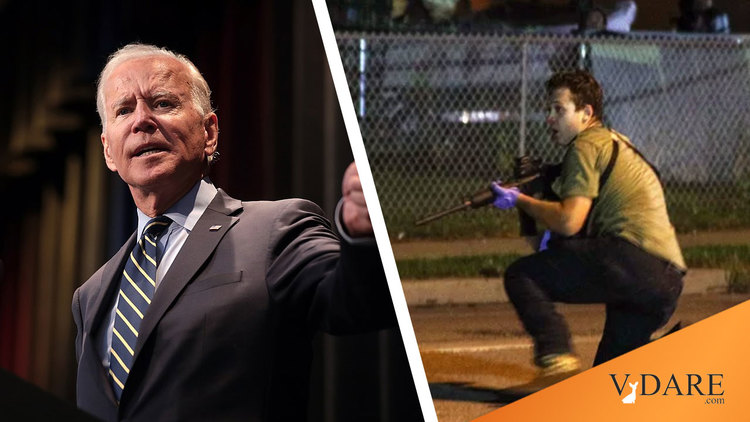 Earlier: Insurrection: How Much More Lawbreaking Did Biden Incite In Kenosha With His Demand To "Dismantle Systemic Racism" *AFTER* The First Night Of Rioting?

Teen marksman Kyle Rittenhouse more or less singlehandedly ended on the Kenosha Riots on their third night, August 25. In contrast, many leading Democratic politicians egged on the arson and looting despite three full months of evidence of what encouraging BLM and Antifa leads to, going back to George Floyd’s death on May 25. For example, from Joe Biden’s Facebook account on August 24, 2020, the second day of rioting in Kenosha, WI:

These shots pierce the soul of our nation. Jill and I pray for Jacob’s recovery and for his children.
Equal justice has not been real for Black Americans and so many others. We are at an inflection point.

We must dismantle systemic racism. It is the urgent task before us. We must fight to honor the ideals laid in the original American promise, which we are yet to attain: That all men and women are created equal, but more importantly that they must be treated equally.

Not a single word against the entire night of rioting that preceded Biden’s statement, not any calls for calm in the future.