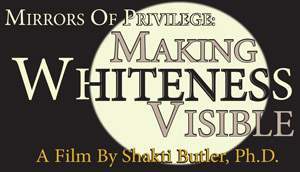 In my column last week about the DVD shown to many Lodi Unified School District teachers and administrators, "Mirrors of Privilege: Making Whiteness Visible," I ran out of space before I could finish everything I had to say about the foolish, time wasting exercise of watching it.

I'll wrap up my critical review this week before turning to more festive, Christmas subjects in the following weeks.

To make sure I didn't misconstrue what I called an accusatory theme—all whites are racist—in "Mirrors of Privilege", I struggled through it again hoping for, but not getting, a different impression.

The so-called documentary, which pounds away at the false, counterproductive and hurtful concept that whites are not sensitive to black or brown people, is flawed at every level. Worse, it's dishonest.

The premise in "Mirrors of Privilege" that whites are racist by definition is not factually supported. A handful of random and disconnected interviews with white subjects living in states as remote from each other as Connecticut and California recounting their observations from long ago of isolated incidents of racism don't amount to anything.

Complicating and ultimately thwarting the film's desired goal of imposing massive guilt on whites is that charges of racism have been leveled so frequently and at so many targets—myself prominently included— over the last two decades that the word no longer has meaning. Consequently, the constant harping on racism closes rather than opens minds.

But the film's biggest problem is its deceitfulness. Here's what I mean.

A white woman, recalling a diversity seminar she attended that was hosted by a black woman, said the moderator opened the session by saying that every morning when she wakes up, she reminds herself that she's a "black woman."

How many of you, asked the moderator, think of yourselves as "white"?

Naturally, no hands went up. And mine wouldn't have either. Obviously, whites have no idea what it's like to be black. We don't need training videos to remind us that we're white.

But the audience, reportedly shocked at the realization that it doesn't open its eyes each day thinking about its whiteness, missed a more important point that underlines the film's dishonesty.

Although the seminar's moderator isn't identified, we can imagine her profile. She's a middle-aged professional with an advanced degree, most likely a Ph.D., from a respected university. And she's someone's daughter, wife, mother, sister, teacher and neighbor.

Yet the first thing she thinks of when she wakes up is, "I'm black"? I seriously doubt that. And if it's true then I feel sorry for her and suggest that she's not well centered; therefore, her opinions should be viewed in that context.

The "Mirrors of Privilege" exercise has nothing to do with education. In what way, I questioned as I watched a second time, is the guilt theme constructive to teachers who have to deal with complex issues, including race, every day?

I also wondered what the World Trust Education Services (e-mail), the film's producer, would do with me given the chance. I am, after all, white and by its definition, privileged.

The best I could hope for is that it would dismiss me as an unenlightened old fool and move on to other, younger minds more vulnerable to its propaganda.

The worst, heaven forbid, is that it would subject me to some fiendish triple-intensity version of its diversity training reserved exclusively for the hardest cases.

Lost completely on the untrustworthy World Trust Education Services is that a true racist—someone who abhors people of different ethnic backgrounds than himself—could not work a day in California's K-12 public education system with its students who speak over 100 native languages. To suggest otherwise slaps teachers in the face.

In the end, whether it's "White Privilege" or chocolate ice cream, no one likes to have things shoved down his throat.

Let's back off of finger pointing and hysterical racism charges to put the emphasis where it should be, on restoring parental involvement in their child's education.