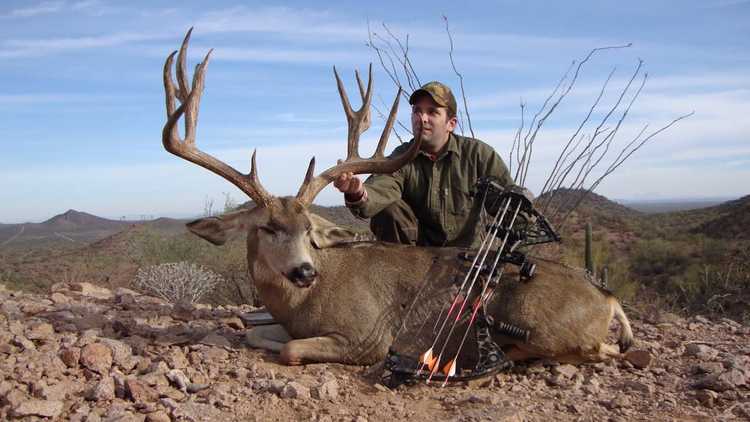 “The Trumps will be a dynasty that will last for decades, propelling the Republican Party into a new party,” campaign chief Brad Parscale recently told GOP donors. “One that will adapt to changing cultures. One must continue to adapt while keeping the conservative values that we believe in,” [Manager: Trump family building ‘dynasty’ for decades to come, by Michael R. Blood, Associated Press, September 7, 2019]

McKay Coppins suggested likewise in a recent issue of the leftist Atlantic: “In considering which of his children should carry on his legacy, Trump is now caught between competing visions for the future of the family—one defined by a desire for elite approval, the other by an instinct for stoking populist rage,” Coppins wrote in a long profile. [The Heir, October 2019] Ivanka represents the former, Don Jr. the latter.

Coppins claims that Trump Sr. prefers Ivanka and considers Don Jr. a disappointment. The President groomed his eldest daughter to succeed him and hoped her international trips would boost her reputation. But so far, they have impressed no one. Ivanka’s chances of elite approval have been dashed—and her message falls flat with average Republicans, who don’t care about women’s empowerment in Africa or the latest “LGBTQ” fad.

Even worse, Ivanka Trump reportedly wanted to bomb Syria and dump Kavanaugh. She and her husband, Jared Kushner, successfully lobbied Trump to embrace criminal justice reform and pushed the president to embrace gun control, albeit unsuccessfully. Ivanka is not a conservative, so it’s unclear how she would succeed as a Republican. And the MAGA Movement wouldn’t be thrilled to learn its torchbearer for MAGA and America First sounds like Kamala Harris.

But Don Jr. is a proven hit with the base. He worked hard for GOP candidates in 2018. His interests in hunting and guns give him connection to Middle America that his father lacks. Junior served as the star warm-up at Senior’s most recent rallies.

On immigration, during the 2016 campaign Don Jr. famously compared Syrian migrants to poisoned skittles. “If I had a bowl of skittles and told you just three would kill you, would you take a handful? That’s our Syrian refugee problem,” read the image he tweeted in September of 2016. The usual outrage ensued, but Don Jr. stood fast. “If a metaphor offends someone then maybe that's the world in which we live today, but I'm not comparing someone to candy,” he rightly said. “It’s a statistical thing. We have to be careful about who we let into this country.” [Trump Jr. defends Skittles tweet: 'I don't deal in microaggression,' by Phil Mattingly, CNN, September 22, 2016]

He struck another nerve last year when he skewered the Democrats in a column  for their weak response to an illegal alien’s murder of Mollie Tibbetts:

The Left is so ideologically committed to open borders that they can’t be honest about the consequences of illegal immigration. ...

Despite what some Democrats may wish in the depths of their hearts, Mollie was murdered by an illegal alien and her murder would never have happened if we policed our southern border properly.

In July, he excoriated the Democrats again for their “radical ideology” on immigration. [Dems are losing immigration debate because of their radical ideology (not bad 'messaging'), by Donald Trump Jr., Fox News, July 24, 2019]

Granted, he’s said nothing about reducing legal immigration, another item on the wish list of immigration patriots. But neither has he repeated father’s stupid comments about increasing it.

But this does put him at a disadvantage vis-a-vis other possible Trump successors such as Tucker Carlson, Josh Hawley, and Tom Cotton, who say they want immigration reduced.

Suggestion: Clarify the point. Yes or no to increased legal immigration?

Happily, however, we needn’t assume where Don Jr. is on tech censorship: far better than even his father. He’s well aware of Big Tech’s ridiculous privileges and protections. “Section 230 of the Communications Decency Act … allows them to avoid liability for the content that users post to their platforms,” he wrote in March. [Conservatives face a tough fight as Big Tech's censorship expands, by Donald Trump Jr, The Hill, March 17, 2019].

Thus does he support those lawmakers who want to reconsider this protection and others to ensure that Big Tech does not discriminate against conservatives. He too has been censored and successfully used his large platform to fight back. [Donald Trump Jr. rips Instagram ‘gods’ for deleting pic of him with wounded vet at NRA event, by Danielle Wallace, Fox News, May 1, 2019]. He did it again this week https://www.theepochtimes.com/trump-jr-calls-out-instagram-after-his-trumps-accounts-vanish-from-search-suggestions_3088640.html

But even better, Don Jr. gets the culture war and knows why the MSM hates Middle America and the Historic American Nation. Don Jr. lashed out at journalists for smearing the Covington Catholic kids, the victims of a media mugging for being white in a confrontation with a “Native American elder” who turned out to be a phony war hero. “You had some Catholic school boys who were at a Right To Life march,” he said at the time. “They were wearing a MAGA hat. … They want a bunch of nice Catholic kids, who happen to be white, they want them to be the enemy.”  [Donald Trump Jr.: The Media Wants A Bunch Of White Catholic School Boys In MAGA Hats To Be “The Enemy,” by Tim Hains, Real Clear Politics, January 22, 2019]

He elaborated at Breitbart.com, where he mocked white privilege and wrote that the kids suffered anti-white abuse from black nationalists. [Covington Catholic Hoax Shows Who the Real Target of Fake News Truly Is, by Donald Trump, Breitbart, January 24, 2019]

The Atlantic’s Coppins argued that Junior has multiple political options. He could parachute into a Mountain West state and seek office there, serve as the next chairman of the Republican National Committee, or form a nationalist pressure group that endorses and campaigns for America First candidates.

A candidacy somewhere Mountain West isn’t a bad idea. He can’t win in New York City, of course, which leaves a shot at Congress from upstate. But he appears to have larger ambitions anyway. And so a Senate run out west might be his ticket. Hillary Clinton won a Senate race in New York in 2000, despite having no real ties to the state. Coppins reported that he notched a 75 percent approval rating among Montana Republicans. The Trump brand and his own charisma should overcome any lack of ties.

Problem is, Montana’s out for 2020. Jon Tester, the only Democrat Senator in the Mountain West, isn’t up for election until 2024, although 2022 might offer an open seat if incumbent GOP Senator Steve Daines doesn’t run again. Because Trump wouldn’t likely challenge a popular and solid conservative, he must wait for a shot at Tester.

Wyoming? The open race for 2020 is too packed, and his name not among the list of potential candidates, which includes such heavy hitters as Liz Cheney and Republican megadonor Foster Friess. [Enzi retirement likely to spur competitive Wyoming primary, but for which seat?, by Nathan Gonzalez, Roll Call, May 6, 2019] Senator Ron Paul is reportedly backing former Wyoming Representative Cynthia Lummis, but both she and Liz Cheney are bad i.e. donor-deferential on legal immigration.

Trump Jr. cannot, like his father, enter the White House without first holding a lower public office. He didn’t build a business or star in his own hit show. Thus, he’ll have to show he has the chops to run for the White House.

While 2024 is likely too early for Don Jr. to run for president, 2028 or 2032 might be his time. He could become the next champion for the Historic American Nation.