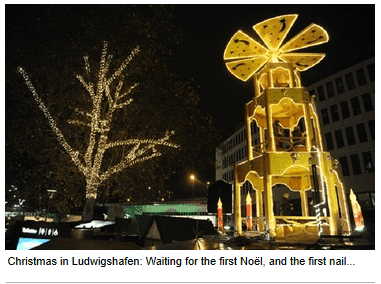 That was a traditional German Christmas Market—the kind that in the US has people trying to call it a "holiday Market"—in Ludwigshafen, Germany, and the Iraqi had a German passport, because he was born in Germany in 2004.

Mark Steyn noted the same thing, and the usual announcements from the press that the kid was a "homegrown" German citizen. (See similar announcements after Orlando and San Bernardino.)

This twelve-year-old boy was born in Rhineland-Palatinate, so these are his neighbors he wants to blow up. He is, as the media now say, a "homegrown terrorist". So the commentariat argue that it's nothing to do with refugees or immigration, because after all he's German born and bred. I've been writing for 15 years 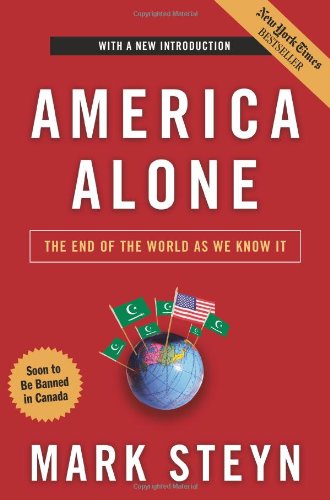 about generational disassimilation: there's a passage on the intensifying radicalization of second- and third-generation Muslim families in America Alone, which would make a lovely Christmas gift for German readers too scared to visit the local market. Instead, in service of the multicultural illusion, the press insist that, as the kid was born here, it can't be Islam that's to blame but Germany.

Above, Steyn, writing on the 17th, referenced "German readers too scared to visit the local market" because his essay started with this nugget:

Over the summer, I met a lady from southern Germany who had found herself on the receiving end of some vibrant multicultural outreach from one of Mutti Merkel's boy charmers. As a result, she no longer goes out after dark. She had also decided - with reluctance, because she enjoyed it - to cancel her participation in a local Christmas market, where she'd sung carols every year - in broad daylight.

"Because it's Christmas," she said, "and I'm worried Christmas will be a target."

She was right on the 17th, with a luckily foiled nailbomb  attack on the Christmas Market in Ludwigshafen, and she's even righter now, with the mass murder attack in Breitscheidplatz, Germany. Like the attack in France, it was a Muslim with a truck, score so far, 12 dead, 50 injured.

You may remember that in the Nice attack, which killed 70 people, the NYT called the Muslim kamikaze truck driver a "Frenchman of Tunisian origin."

In this attack, although the Berlin police have got one man in the cab of the truck dead at the scene, and apparently captured the driver who tried to flee, they haven't announced that they're Muslims. But Trump is willing to speak out:

Of course, that's the kind of thing that makes wowsers complain that he didn't really know, but the same paper reports—still without official confirmation—that the drive was probably a "refugee" from Pakistan or Afghanistan, so perhaps we won't hear about how homegrown he is. 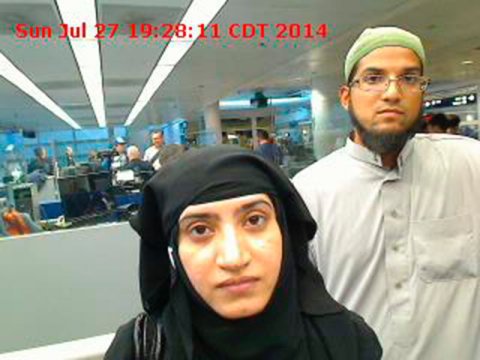 But the other thing we get with this literal War on Christmas is the metaphorical War on Christmas factor. After San Bernardino, it was suggested that  Syed Rizwan Farook and his imported bride Tashfeen Malik were "triggered" by an office Christmas party.

On the anniversary on the San Bernardino   attacks we got a resurgence of this theory: What this is is an attempt to blame Christmas and Christians for "triggering" Muslim attacks. It's similar to the posthumous investigation of the white victims of a black mass shooter in Connecticut who said that his killings were motivated by the racism of his victims. [No proof of racism at site of 2010 shooting rampage: police, by Zach Thornton, Reuters, May 12, 2011]

We shouldn't care what triggers Muslims to massacre Christians. We should be thinking of ways to ensure that there are fewer Muslims in America to do so.