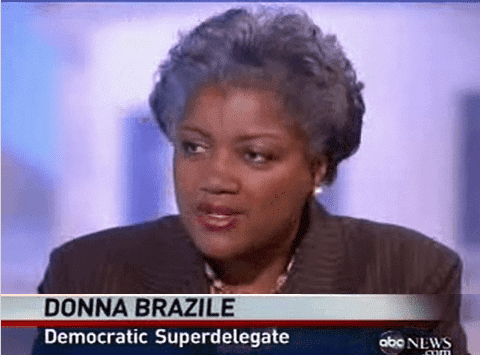 The Left has come up with the definitive explanation of why they lost the 2016 election. It’s all Russia’s fault! Democrats such as Donna Brazile are now doing exactly what they accused Donald Trump of wanting to do in late October: refusing to accept the legitimacy of the election and suggesting the President-elect is an agent of a foreign power. [DNC Chair Brazile: Trump Victory ‘Tainted’ by Russian Intrusion, by Pam Key, Breitbart, December 18, 2016] 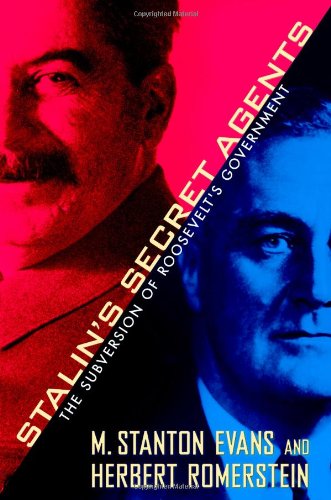 Of course, it’s hard to take this supposed sudden fear of foreign intervention seriously. After all, it was only thanks to Wikileaks we learned Hillary Clinton “dreams of open borders.” Indeed, Clinton’s vision sounds eerily similar to those 1940s progressives who dreamt of a romantic American Communist state.

As outlined in Stalin’s Secret Agents: The Subversion of Roosevelt’s Government  by M. Stanton Evans and Herbert Romerstein in 2013, foreign subversion of the United States was commonplace during the Franklin Roosevelt and Harry Truman administrations. And though the FBI tried for years to alert the administrations about the presence of spies, the warnings were unheeded.

So-called “China experts” within the American government actively furthered the Communist takeover of China. For example, as outlined in Stalin’s Secret Agents, Soviet mole Solomon Adler helped cut off the American supply of arms to the Nationalist, anti-Communist forces of Chiang Kai-shek. A failing, ill FDR also had the Soviet spy Alger Hiss advising him at the postwar Yalta conference where the fate of the entire postwar world was determined. Masses of innocents were delivered into the hands of the Soviets.

Unbelievably, the few whistleblowers who saw what was happening at the time were overwhelmingly smeared as narrow-minded, cruel reactionaries by a huge, powerful liberal establishment. Some had their careers and lives ruined. Evans and Romerstein even detail how prominent U.S. officials fixed two grand juries to ensure that the Communist agents weren’t brought to justice. 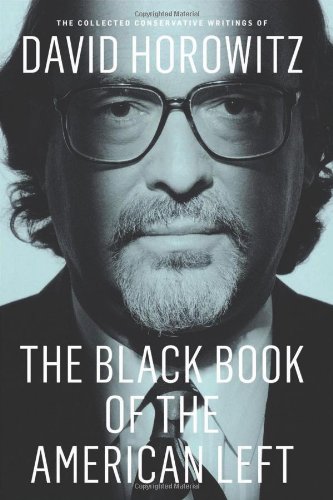 Conservative activist David Horowitz saw how this kind of subversion works firsthand. A “Red Diaper baby” raised in a pro-Soviet household and a former 60s radical, he describes in his 2013 compilation The Black Book of the American Left how American Communists simply served as the stooges of the Kremlin.

My parents had joined the Communist Party along with many other idealistic Americans in the 1930s. … Not even the testimony of a Bolshevik legend like the exiled Trotsky could persuade them that they were deceived about the ”new society” they thought they saw under construction in the socialist state. Confident that their own ideas were pure, my parents and their political friends dismissed Trotsky and others whose experience had caused them to know better, smearing them as “counter-revolutionaries” … and “renegades.”

Twenty years later, when my parents had reached middle age, their arrogance betrayed them and took away their self-respect. In 1956 power shifted in the Kremlin, and my parents along with the rest of the progressive left discovered that the socialist future they had served all their lives was a monstrous lie. They had thought they were fighting for social justice, for the powerless and the poor. But in reality they had served a gang of cynical despots who had slaughtered more peasants, caused more hunger and human misery, and killed more leftists like themselves than all the capitalist governments since the beginning of time. [Why I Am No Longer a Leftist, The Village Voice, September 30, 1986.]

One of the greatest American conservative intellectuals and authors, Whittaker Chambers, was longtime Soviet agent before his defection to the cause of freedom. In his essential work Witness, he detailed Soviet spy efforts in the United States. He also said he believed that many of the major newspapers and magazines of the era were in some way Communist-influenced, a dangerous development because the average American looked to them and the liberal establishment as “experts.” What is so frightening is the degree to which that era’s liberal establishment succeeded in making the whistleblowers the problem.

To this day, it’s those who acted against Communists who are remembered as the villains. Alarmed state, local and private employers of the McCarthy era started their own investigations against Communist subversion. Yale Law School Professor Ralph Brown, who conducted a systematic survey of economic reprisals against accused Communists during the McCarthy era, says roughly 10 thousand people ended up losing their jobs due to related security concerns, as cited in Age of McCarthyism: A Brief History With Documents  by Ellen Shrecker (2001).

No doubt some innocents did suffer. We must always insist on total fairness and due process when accusing people of disloyalty to the United States—something progressives might want to remember today as they throw charges of “treason” at their political opponents. But we can also blame the excesses of the McCarthy era on the shock and horror that the American people felt when they found out how incompetent the federal government had been at protecting them.

Joseph McCarthy, now universally considered a monster, was a true voice crying in the wilderness. According to the authors of Stalin's Secret Agents, “pro-Red disinformation about such matters may be found even now in Cold War histories and biographies of recent vintage.“ The authors said that there has been massive destruction of government records to cover up the truth of the Soviet infiltration. Concealment continues to this day, as records are still being withdrawn from researchers.

Fortunately, some historians have been able to finally get Cold War documents declassified, and to read Soviet records after the fall of the Soviet Union. These new sources have finally provided irrefutable proof of the extensive Communist network of spies in the U.S. federal government in the 1930s and 40s.

And foreign interference in the United States goes beyond the Communists. Indeed, it continues to the present day.

Take the pay-for-play scandal involving the Clinton Foundation taking enormous donations from foreigners having matters before the State Department [Exclusive: Animated ‘Clinton Cash: A Graphic Novel’ Ad Highlights Clinton Foundation Pay to Play Schemes, by Jermome Hudson, Breitbart, October 11, 2016]. Where was the concern from journalists about “foreign interference” during the last election?

Or consider the massive Chinese espionage effort taking place within our country [Chinese Student Spies Overwhelm U.S. by Joshua Philipp, Epoch Times, Sept. 19, 2014].  This involves active attempts to recruit American students as subversives, as the FBI has warned [FBI warns students abroad against being recruited as spy, CBS News, May 1, 2014]. 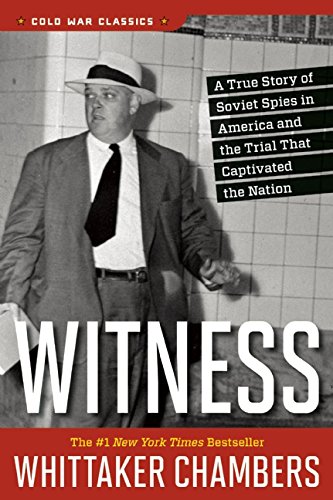 Besides, Leftists like Hillary Clinton, who planned to bring thousands of unvettable Syrian refugees into the United States, are in no position to worry about foreign influence. Replacing Americans with foreigners seems to be the key point of their entire program anyway.

Whittaker Chambers, in recounting the elite of his time’s war against his whistleblowing, wrote in his autobiography words which could equally apply to the anti-Trump ruling class of today:

(Magazine magnate Henry Luce) was baffled by the implacable clamor of the most enlightened people against me. ”By any Marxian pattern of how classes behave,” he said, ”the upper class should be for you and the lower classes should be against you.” … (Another person present explained) “You don’t understand the class structure of American society.” … The working class are Democrats. The middle class are Republicans. The upper class are Communists.” …

… If (Soviet spy Alger Hiss) was a Communist, how could he, constantly meeting and dealing with intelligent people, have managed not to betray his real views? ... In our revolutionary age, Hiss was seldom in danger of betraying his real views. He had only to refrain from pressing extreme views, or drawing ultimate conclusions from views very widespread among enlightened people. …

… It is a conspiracy in the open.

The “radicals” of the past are the ruling class of today. And those who seek to displace our own people are in no position to complain about foreign interference in the United States. For decades, at best, their conduct can be described as dereliction of duty. At worst, it is treason.