Perspective: Attacks like Portland’s will keep happening unless we all fight white supremacy https://t.co/XUmxaYtneB

Trump has intensified this second-class citizenship through immigration raids and the specter of bans and walls. He continues to view Muslims as valuable only insofar as they fight and condemn terrorism. His recent statement commemorating Ramadan focused predominantly on violence and terrorism, and only of the sort ostensibly committed in the name of Islam.

Attacks like Portland’s will keep happening unless we all fight white supremacy, By Arjun Singh Sethi, Washington Post, May 29, 2017

All nonsense, of course—part of the emerging Ruling Class campaign to suppress white a.k.a. American speech.

Trump and the Republican Party are opposed to murder and want to do something about it, by supporting imprisonment, the death penalty, and the right to self-defence. In contrast, the Left and the Democratic Party oppose all these measures because the criminals affected are mostly minorities.

And this particular alleged perp, Jeremy Christian, is an especially interesting case. I spend most of my reading time checking out what’s on Twitter, Drudge, Instapundit, and Dissident Right sites like American Renaissance, so sometimes I forget how much people who don’t do that, but rely on the genuinely Main Stream Media, actually don’t know.

For example, I know that Christian, who’s been arrested for stabbing two “Good Samaritans” who objected to him yelling racial slurs, is, like many white people (Sanders rally pictured right) a supporter of Bernie Sanders and Jill Stein.

These facts are available not only at Charles Johnson’s Gotnews.com (from which I’ve taken the image at the top of the page) but is available on The Daily Caller,  TownHall.com, FoxNation, .PowerLine,

“Sanders/Stein 2017!!!” wrote Christian on Jan. 25, adding, “We the People have the right (As enshrined in our Constitution) to change any government by any means necessary!!!”

The difference of .17 of a second is a long time in computer time, caused by the fact that the number of stories about this guy that don’t mention Bernie Sanders is almost an order of magnitude larger than the ones that do. Hence MSM headlines like

Why Is the Media Branding the Portland Train Stabber a Trump Supporter? He’s Not

For the record, neither the Goodman/ Gonzales Truthout story nor the Singh Sethi Washington Post op-ed cited above mention Christian’s Sanders-Stein connection at all.

Note also that the blog The Truth About Knives, which covers sporting and tactical knives for hunters and self-defense enthusiasts, as well as knife stories in the press, puts it this way:

In a “man bites dog” incident of knife violence on a train, a racist douchebag has stabbed 3 Good Samaritans in Portland.

Why is it a “man bites dog” incident? Because normally when you get “knife violence on a train”, it will be something like this July 2015 incident blogged about here by Eugene Gant: 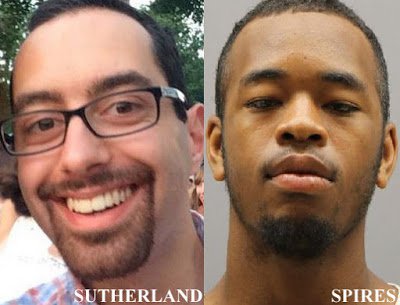 I don’t imagine Obama will deputize any dignitaries to attend Sutherland’s funeral. Or order his attorney general to investigate anti-white thuggery on the Metro and whether Metro officials are ignoring it.

James Kirkpatrick also did a blog about that stabbing, because the white deceased was an antiracist who’d interned with Democratic Congressman Jim Himes. Chris Christie (who was running for President at the time) used the murder as an example of the failure of liberals to prevent “crime.” (Not black crime, just “crime.”) Well, Himes wasn’t standing for that .[Congressman to Chris Christie: Stop Using My Intern’s Murder for Political Gain, by Amanda Terkel, Huffington Post, July 17, 2015]

Sutherland’s death was seen as an act of merely private significance for his friends and family, of no larger consequence. To derive a larger meaning would lead to uncomfortable conclusions about the racial realities of crime, and we simply can’t have that.

Himes’s Democratic Party view of race and crime wasn’t going to be changed even by “his own intern being ripped apart in the middle of the nation’s Capital.” 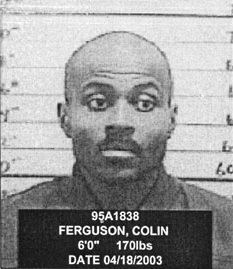 Another case of murder on a train (the1993 Long Island Railroad shooting, in which a black Jamaican immigrant (Colin Ferguson, right)  shot 25 whites, killing six and wounding  nineteen) led to the widow of one of the victims, Carolyn McCarthy, becoming a crusader against the gun rights of (mostly) white people. She was elected to Congress as a Democrat on that basis, and served many years.

If she’d crusaded against black violence, or against Jamaican immigration, she’d have got the kind of treatment we here at VDARE.com get.

This induced hysteria should remind us of the wilful blindness of the MSM to anti-white hate. When Barack Obama spoke out against crime victim George Zimmerman, and police officer Darren Wilson, backing verbal attacks on them with the power of Eric Holder’s Justice Department, he helped start the Black Lives Matter movement which has led to riots (generally called “protests” in the MSM) which protests involved large amounts of arson and looting.

It's also caused numerous murders of police officers (in New York, Baton Rouge, and Dallas and elsewhere) as well as a massive surge in black deaths in the inner city. Steve Sailer noted 1500 More People Murdered in 2015 Than in 2014, September 26, 2016.

The Washington Post, which had promoted the false narrative about the  death of heroin dealer Freddie Gray (arrested for carrying an illegal knife, likely much the same as Jeremy Christian used) and which supported the prosecution of the Baltimore cops who arrested him, knew who to blame:

SOON AFTER the rioting in Baltimore ended in late April, the world’s media turned their gaze elsewhere. Then, as a petulant police force retreated to its station houses, the real carnage began.

May was the most lethal month in the city in more than 40 years; in per capita terms, it may have been the bloodiest month since recordkeeping began.

There were 43 victims of homicide in the city last month…. 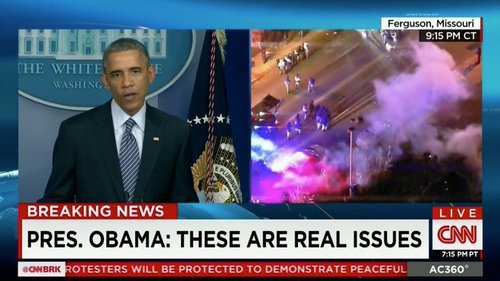 When you consider that the Post has been encouraging Baltimore prosecutors to put police in jail for doing their jobs—and white police in jail face a fate that is literally worse than death—it’s amazing that Post’s Editorial Board had the nerve to call them “petulant” for failing to engage in the aggressive policing that the Baltimore ghetto frankly needs.

But in the face of all this fire and death, I don’t see how President Trump’s campaign rhetoric—and the rare “man bites dog” white violence—compares the sitting black President who sent a White House Aide (a black White House aide) to the funeral of black heroin dealer while blacks were burning Baltimore.

Email Mayor Wheeler,  email Arjun Singh Sethi,  Tweet Amy Goodman and Juan González (who insists on spelling his name with an á) and tell them to cool it on the Portland Panic.