How Many BLM-Inspired Shootings Were There on Thursday-Friday Besides Dallas?

Besides the BLM atrocity in Dallas, how many other shootings of whites on Thursday-Friday were inspired by the BLM movement?

I come up with four other incidents (besides Dallas) in which white cops were shot at by nonwhites during those two days, with three woundings.

One appears to be definitely BLM-related.

It’s quite possible that some or all of the other three were unrelated to the BLM movement. But then that simply raises the question of how dangerous it is out there for cops. Does this kind of craziness happen all the time?

It’s a big country, so lots of bad stuff happens, but this seems a little much.

Cops don’t get shot as much anymore as they did around, say, 1970, because since then they’ve worked out procedures that make it almost impossible to get away by shooting a cop. In old movies, desperadoes are often depicted getting away from traffic stops by shooting the policeman. (No Country for Old Men might be the last in that genre.)

But these days, shooting a cop is a kamikaze trip. So five separate attacks on policemen on Thursday-Friday seem a little much. Here are what’s known at present about the four besides Dallas:

By STEVE MEGARGEE and ADRIAN SAINZ 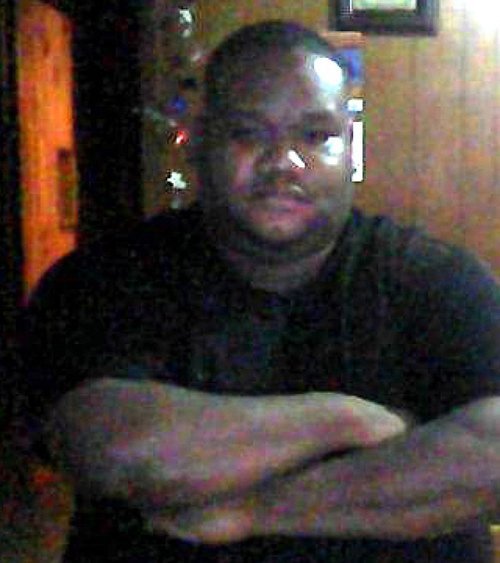 BRISTOL, Tenn. (AP) – Friends and family of a black Army veteran accused of shooting at passing cars and police on a Tennessee highway are struggling to accept that he became violent in response to police killings of African-Americans.

One woman died and three others were wounded, including an officer, as police traded gunfire early Thursday with the suspect, identified as Lakeem Keon Scott, 37.

… Scott – allegedly armed with an assault rifle, a pistol and a large amount of ammunition – was wounded in the shootout and remains hospitalized in serious but stable condition.

In preliminary conversations on Friday, the Tennessee Bureau of Investigation said he cited anger over the police killings of black men. …

The shots rang out along a Tennessee highway hours before another black Army veteran shot 12 officers at a march in Dallas protesting this week’s police killings of black men in Louisiana and Minnesota.

Also Friday in south Georgia, police said one officer was ambushed when called to an apartment complex to investigate a report of a break-in. Another officer was fired upon by a motorist north of Atlanta.

And just outside St. Louis, police say an officer was ambushed during a traffic stop.

Other departments report being bombarded with threats; some are now requiring officers to patrol in pairs. …

Newspaper carrier Jennifer Rooney, a 44-year-old mother of two, was struck by a bullet as she drove to pick up papers for the morning delivery.

… The wounded included the longtime front desk clerk at a Days Inn hotel, Deborah Watts, who was in serious but stable condition. Investigators say Scott fired first at the hotel. …

David Whitman Davis was also injured by flying glass from the gunfire, the TBI said.

Officer Matthew Cousins was hit in the leg.

Flamion stopped a car for speeding northbound on New Ball 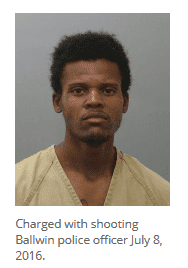 win Road about 11 a.m., police said. As the officer went back to his car, the driver of the stopped car got out, came up behind him and fired three shots, police said.

The gunman fled north on New Ballwin Road and was captured in Manchester several miles northeast of the shooting scene, after jumping out of the car and running, police said. …

Police had no information about a motive.

From the Athens Banner-Herald:

VALDOSTA | Police say a Georgia police officer and his assailant should survive a shootout that began with an ambush only hours after a sniper in Dallas killed five officers and wounded seven more.

Stephen Paul Beck, a 22-year-old recovering drug addict, is accused of calling 911 to lure police to his apartment complex in Valdosta and then opening fire.

Officer Randall Hancock’s protective vest took some of the bullets, but he was hit once just below it, in the abdomen, Georgia Bureau of Investigation spokesman Scott Dutton said.

It’s been a tense week between white police officers and black civilians. In this case, the suspect is Asian, and the officer is white.

Dutton said there’s no evidence to support a connection with the shootings in Dallas. Investigators are looking into whether Beck might be angry at police in general, but Dutton said “there’s nothing that indicates he’s got that type of an issue.” …

Hancock underwent surgery at a local hospital and was stable Friday as he rested with his family by his side, the chief said. The suspect was also considered stable, he said. …

The police chief said Hancock was wearing a body camera, and its video footage had been turned over to the GBI.

Friends and neighbors of Beck said they were stunned. He had moved to Valdosta years ago from metro Atlanta to check into a live-in treatment center for people with chemical dependencies, but several people who knew Beck said he had turned his life around. …

“He was adopted, but he came from a good family,” Sobczak said.

ROSWELL, Ga. — A suspect is under arrest after police say a Roswell officer was shot at during a patrol early Friday morning.

Officer Brian McKenzie was in the area of Old Roswell Road and Commerce Parkway when police say a passing vehicle fired a shot at the McKenzie’s patrol car.

“He noticed a vehicle slow down and then heard what he thought was either gunfire or fireworks. He looked over and realized it was gunfire coming towards him,” said Roswell police official Zachary Frommer.

McKenzie was not hit.

“Detectives have been speaking to him. He’s been less than forthcoming so we don’t know motive or anything like that,” Frommer said.