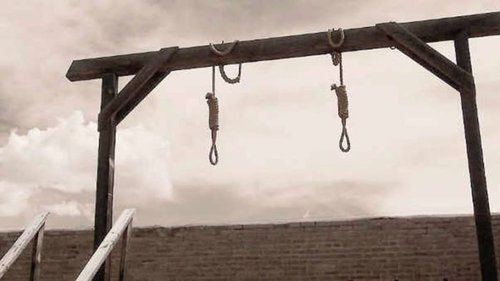 How The Death Penalty Saved Civilization

If there’s one thing that unites wealthy Leftists, it’s the need to pretend they are compassionate.

And there are few better ways of doing this than campaigning against the death penalty.

Increasingly, Leftists take advantage of modern technology to do this: Activist groups like the National Coalition to Abolish the Death Penalty have created a virtual cottage industry geared toward virtue-signalling on the death penalty. They use their websites to direct the bleeding hearts to the next execution site, so they can launch a protest rally.

Cutting-edge research, however, reveals just how fantastically ironic this is. It seems that without the death penalty there’d be no internet, no television; in fact, very little civilization.

The first scholars to develop this king of all Left-triggering ideas were Canadian anthropologist Peter Frost and the late University of Utah anthropologist Henry Harpending. They published their landmark research in 2015 under the title Western Europe, State Formation, and Genetic Pacification in the journal Evolutionary Psychology.[PDF]

It was a truly ingenious argument.

When Europe became Christian, the death penalty was abolished. Right up until the beginning of the Middle Ages, people were left to settle their own disputes by fighting each other or demanding, from the state, that the murderer pay a fine for killing their relative. But, as Frost and Harpending put it, the Church gradually came to accept that, the "wicked" should be executed "so that the good can live in peace."

With biblical justification, more and more crimes became subject to the death penalty. By the High Middle Ages, every single felony (any crime serious enough to have traditionally warranted the confiscation of property) was met with the hangman’s noose.

Those sent to the gallows were almost always high-testosterone young men prone to violent crime. In fact, Frost and Harpending calculated that one percent of the male population were executed every generation throughout the Middle Ages. And another one percent were killed at the scene of the crime or died in fetid prisons awaiting trial or execution. So two percent of young men were eliminated every generation.

And because they tended to be young, this process meant that they had fewer children than if they hadn't been executed. Thus, they would have passed on fewer of their genes.

It’s here that Frost and Harpending perceptively draw their conclusion. Capital punishment must have changed the nature of European personality—by, in effect, culling out the psychopaths. 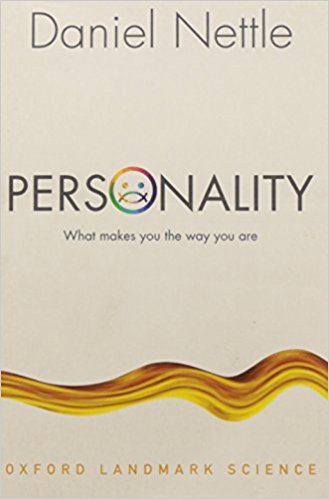 These traits are at least 50 percent genetic. [See Personality: What Makes You the Way You Are, by Daniel Nettle, OUP, 2007]

The murder rate collapsed between the 14th and 20th centuries and they statistically proved that part of the reason for this was the continual killing of the most impulsive and disagreeable young males every generation. The pool of violent men essentially dried up.

Those who were executed were overwhelmingly poor, with poverty associated with poor impulse control and low altruism. They had to be extremely poor because, in England at least, if you could read, then you could avoid execution by claiming  "benefit of the clergy."

Frost and Harpending are clear: Widespread execution led to the genetic "pacification" of Western Europe. It made people more cooperative, more forward-thinking, less impulsive . . . in other words more psychologically able to develop civilization. And as the late Canadian psychologist J. Philippe Rushton showed in his 1995 book Race, Evolution and Behavior, that it is the ethnic groups with these personality traits that develop civilization.

More recently, anthropologist Edward Dutton and Swedish psychologist Guy Madison have taken this insight further. In a 2018 article in the journal Evolutionary Psychological Science [Execution, Violent Punishment and Selection for Religiousness in Medieval England] they point out that this system of widespread execution would also have selected strongly for intelligence. Low socioeconomic status is predicted by low intelligence and it was overwhelmingly young, low SES men who met the hangman's noose. Low IQ predicts living for the now and not thinking about the future. And considering the dire consequences of breaking the law up until the 19th century, in England for example, you’d have to have been fairly stupid to do it.

And it is quite clear that national-average intelligence is the motor of civilization. In their huge 2012 study, Richard Lynn and Tatu Vanhanen showed that average national IQ strongly predicts national levels of education, research and development, wealth, earnings, employment, lack of poverty, lack of crime, democracy, honesty, health, life expectancy, sanitation, openness to change, lack of religious extremism . . . the list goes on [Intelligence: A Unifying Construct for the Social Sciences].

But central to Dutton and Madison’s study is something which, on the surface, might seem rather counter-intuitive in terms of the importance of the death penalty to civilization. They use the same statistical methods as Frost and Harpending to show that widespread execution was partly behind English people becoming more religious between the Medieval Era and the 16th century.

They argue that the English definitely became more religious, as evidenced by higher and higher percentages becoming monks and nuns, while heresy and witchcraft, deviations from accepted practice, grew increasingly unacceptable. And they estimate that religiousness is about 40 percent genetic, based on twin studies, and is predicted by exactly the same characteristics that predict not being a criminal: high altruism, high impulse control, and high mental stability.

Religiousness is also associated with low levels of autistic traits. Dutton and Madison demonstrate that there is a degree to which autism is associated with criminality. So the Medieval system of executing almost all criminals also effectively involved curtailing the fertility of the least religious young men every generation.

This policy bore fruit in the 16th and 17th centuries, according to the two researchers, with wars based around religion.

However, it also had another consequence, which they don’t look at but which has been explored by the German biologist Gerhard Meisenberg in his 2007 book In God’s Image. Precisely because Europeans were so intensely Christian, they didn’t adopt contraception, something which all previous civilizations had done when they got to about the stage the West reached in the early 18th century. Once contraception was adopted, it was taken up by cleverer and more educated people and used more efficiently by them, due to their higher IQ and better foresight. This has eventually resulted in a negative associated between SES [Socio-Economic Status] /intelligence fertility. Since the early 20th century, stupidity has predicted having lots of children.

Meisenberg shows this is exactly what happened in Greece and Rome. But because of this religious rejection of contraception, it didn’t happen in the modern West until much later in our development. This meant that we could get to the Industrial Revolution before the positive correlation between IQ and number of surviving children, which you see in all primitive societies, went into reverse due to contraception.

So, in a roundabout way, widespread execution made us more religious. And, paradoxically, if that hadn’t happened, there’d be no websites telling when and where the next execution will be, so we can Virtue-Signal about the death penalty. IQ would have declined, and we would have returned to the Dark Ages, just like the Romans and Greeks and Muslims did before us.

Put it this way: In April 2017, Johnny Depp made his way to Arkansas to protest against the planned execution of seven murderers that month. However, if it wasn’t for the widespread execution of young criminals, it’s very likely civilization would never have progressed beyond the technology and morality of Pirates of the Caribbean.