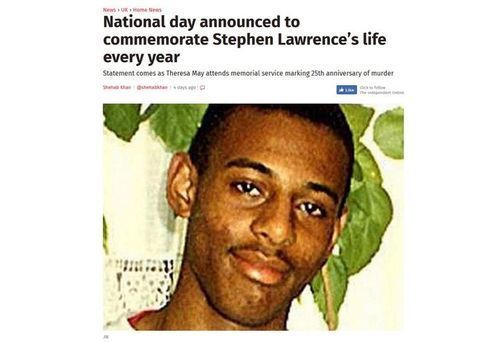 Here's a story from across the pond, a story about negrolatry.

Don't reach for your dictionary; I just made that word up. And yes, to you pedants: I mixed Latin and Greek together. So sue me.

You get the idea, anyway. Here I'm working the late Larry Auster's theme that to guilty white liberals, blacks are sacred objects. The periodic bouts of public weeping and gushing over violent punks like Trayvon Martin and Michael Brown make the point.

Over in Britain things are way worse, if you can imagine that. The poster boy here: Stephen Lawrence, a black British man of Jamaican parentage who was murdered in 1993 at age 18. Lawrence was stabbed to death in a London street one evening by a gang of white teenagers.

That is of course awful. You'd want the perps brought to justice and punished. Unfortunately, none of the witnesses could give much identifying information on the perps.

As usual, though, people in the neighborhood knew who among them were rough and dangerous. They gave the police names of some local low-lifes, and arrests were made. They were arrested, but there wasn't enough evidence to proceed to a trial, so charges were dropped.

That's sad, but not dramatically unusual. A lot of murders go unsolved for want of evidence strong enough to send someone to jail for life. Lawrence's parents attempted a private prosecution; but that too went nowhere for lack of evidence.

By this time, though, anti-racist agitators had gotten their teeth into the story and were raising the usual hue and cry about police racism. They got a boost in 1997 when a Labour government was voted in, and long-time hard-left extremist Jack Straw became Home Secretary (the British equivalent of Interior Minister).

Straw set up a special inquiry into just this one murder. Senior officers of London's police force snapped into line with the new regime and groveled before the inquiry. A report was published, the Macpherson Report, charging the police with “institutional racism” and recommending that ancient English rights to freedom of speech and assembly be curtailed—further curtailed, as Race Relations Acts of the 1960s and 1970s had already left traditional rights and liberties severely reduced.

Most dramatically, the Macpherson Report recommended dropping the legal principle of double jeopardy, which forbids a person being tried twice for the same crime. The double jeopardy principle goes all the way back to Anglo-Saxon law; it's enshrined in U.S. law by the Fifth Amendment.

That was in 1999, six years on from the murder. The Macpherson Report was a very big deal. Most of its recommendations were adopted, including the dropping of double jeopardy—a jurisprudential revolution.

All this, just to remind you, was in response to one murder in 1993—just one of the roughly six hundred homicides in England and Wales that year.

Homicide is a dreadful thing; but was this one really so much, so sensationally more dreadful than all the hundreds of others committed in 1993?

It got worse. There were further official reports, newspaper and TV campaigns. At last, at the end of 2011, two of the local roughs originally fingered for the crime were brought to trial. A few weeks later they were found guilty of murder. Both got life sentences.

So that was the end of the story, right? Wrong! The investigation—searching for new evidence, trying to identify new suspects—is still ongoing, using up unknown quantities of police time and manpower.

And Stephen Lawrence has been raised to secular sainthood.

A huge modernist building, the Stephen Lawrence Centre, designed by a prize-winning architect, was opened in 2008 in South-Central London. The purpose of this grand structure, as described on its website,  is "deliver innovative and impactful programmes that 'transform the lives of Young People and achieve real social change.'" 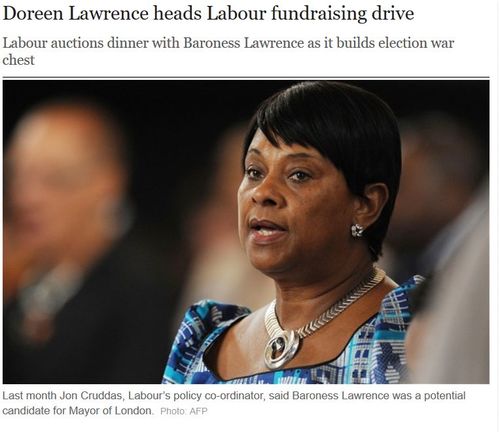 There have been plays performed, TV documentaries, memorials. Doreen Lawrence, Stephen's mother—a pleasant lower-middle-class lady of no significant abilities or accomplishments—has been elevated to the peerage. She is now Baroness Lawrence of Clarendon. She sits in the House of Lords—for the Labour Party, of course—voting on legislation before Parliament, without ever having to stand for election like a commoner.[ Doreen Lawrence heads Labour fundraising drive, By Matthew Holehouse, Telegraph, June 12,  2014]

Now forward to last weekend. Sunday, April 22nd was the 25th anniversary of St Stephen's murder, and commemoration was unrestrained. A memorial service was held in London, attended by the Prime Minister, Leader of the Opposition, members of the Royal Family, London's police commissioner, and numerous other notables.

At this commemoration service Britain's clueless, worthless Prime Minister Theresa May told the hushed congregation that April 22nd would henceforth be known as Stephen Lawrence Day.

It's also taken to be Shakespeare's birthday, though no-one knows for sure; and it's definitely the day on which the Swan of Avon died 52 years later. So April 23rd is a very English date.

Well, no more of that white supremacist nonsense! The 23rd now dwells in the shadow of the 22nd, Stephen Lawrence Day.

Last week, I mentioned the Social Justice Warriors' campaign to remove Admiral Nelson from his column in Trafalgar Square, Who better to replace him than St. Stephen Lawrence—a real British hero? 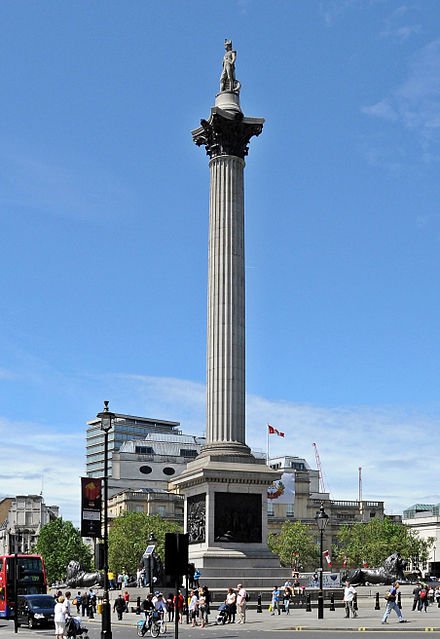 I wouldn't be at all surprised to hear that someone has suggested this, in all earnestness.

Perhaps London will be renamed Lawrence. Or why not the entire nation? "United Kingdom" is kind of clunky; "Lawrencia" is much smoother.

My point here is not to belittle Stephen Lawrence, who seems to have been an amiable and well-behaved young man. I'm only pointing up the preposterous way this one homicide of 25 years ago has been inflated by white race guilt into a colossal national event.

Homicide is a terrible thing; but there are several hundred instances of it in Britain every year, with black suspects committing way more than their share—about four times more, on government statistics. What on earth is the matter with the Brits, that they have elevated this one regrettable but insignificant killing into a great holy martyrdom?

There is no clearer illustration of the mass psychopathology that has afflicted white people than negrolatry—and no finer example that the canonization of St. Stephen Lawrence.