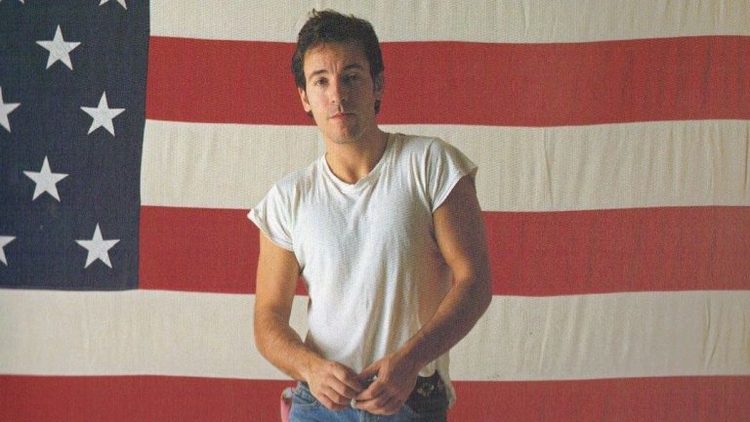 Say It Isn't So! Bruce Springsteen Is An Open Borders Advocate!

This is a column I didn't want to write.

But when it comes to mass immigration, we at VDARE.COM treat all who support it equally—we come crashing down on them.

So it is, with disappointment, that I expose Bruce Springsteen as a blatant open borders and illegal immigration supporter.

What makes my depiction tough is that, through his music and high-energy concerts, Springsteen has provided millions like me with great pleasure.

The irony is that the "Boss" is an artist who, since his rock and roll beginnings thirty years ago in Asbury Park, New Jersey, has represented himself as an advocate for the American underdog.

Adding to the irony is that Springsteen is, I believe, sincere in his concern about the little guy and deeply disdainful of the federal government bureaucrats who serve themselves without regard for its citizens. Bruce never fails to plug the local food banks that have tables set up inside the arena where he is performing.

Yet what Springsteen misses—oh, so painfully—is the obvious connection between illegal immigration and the demise of the suffering middle-class.

Let me back up to 1984 in Tacoma, Washington when I saw my first Bruce concert.

On the scheduled day of the show, Springsteen came up ill. And about 5:00 p.m., only hours before the starting time, radio stations throughout Seattle, announced: "No Bruce Springsteen tonight! The show has been postponed until tomorrow."

Everyone's plans were fouled up. Many who could make it on the original day, couldn't make it the next.

The following night when Bruce walked onto the stage, aware of the inconvenience he had inadvertently caused, he said: "I'll make it up to you. We'll be rocking all night long."

For the next four hours, to his fans' delight, Bruce played non-stop. The Tacoma Dome literally shook.

As everyone learned, when you go to a Springsteen concert, you get your money's worth.

Since Tacoma, where Springsteen sang songs from his Born in the U.S.A.

album (I had no idea at the time how much that phrase would eventually mean to me), I've seen Springsteen several times including his recent stop in Oakland (read the review here) where he promoted his new album, Magic

Springsteen is the same old Bruce—no opening act, no intermission—just his best music from 15 studio albums.

And everything was fine until the finale, American Land, a Springsteen original based on a Pete Seeger song and added as a bonus track to the special edition release of his 2006 album, We Shall Overcome: The Seeger Sessions.

The American Land lyrics were displayed on large overhead projectors. So there was no possible misunderstanding. (Read them here.)

The romanticized, upbeat tune about why people journey to America started innocently enough:

There's diamonds in the sidewalk, there's gutters lined in song
Dear, I hear that beer flows through the faucets all night long
There's treasure for the taking, for any hard-working man
Who will make his home in the American land

The McNichols, the Posalskis, the Smiths, Zerillis too
The Blacks, the Irish, the Italians, the Germans and the Jews."

My Italian grandparents and Springsteen's grandmother ("Zerilli") "docked at Ellis Island," made their "home in the American land"—so far, so good.

But then came the crusher:

"The Puerto Ricans, illegals, the Asians, Arabs miles from home
Come across the water with a fire down below

"They died building the railroads, worked to bones and skin
They died in the fields and factories, names scattered in the wind
They died to get here a hundred years ago, they're dyin' now
The hands that built the country we're all trying to keep down."

In the blink of an eye, my night off from immigration came to an abrupt end. I was suddenly "on-duty".

Except for the chorus, those words that misrepresented what immigration reform is about—"The hands that built the country we're all trying to keep down"—were the last Bruce sang that night.

I left the obnoxiously named Oracle Arena angry—furious at Bruce for his song, and mad at myself for being angry, if you can follow that.

After all, I had anted up big money for the tickets, fought the traffic for two hours, paid the equivalent of a week's worth of groceries to park only to end up listening to Springsteen's ode to illegal immigration.

And I was irked at myself because, in reality, I may have been the only person who picked up on Springsteen's message. As I exited the venue, I didn't hear anyone say: "Wow, Bruce wants more illegal immigration and lots more immigrants from Arab countries! Let's do all we can to help further his cause."

For all I know, Springsteen's lyric may just have been words that worked in his song. But for a talent like Bruce, I can't imagine that it would have taken much effort to write something else.

When I returned home, my curiosity piqued, I discovered that American Land is not Bruce's only foray into immigration advocacy.

Another cut from Magic is a song based on Springsteen's New Jersey youth, Long Walk Home and inspired by the gospel classic, "Rank Strangers (To Me)"

"My father said Son, we're lucky in this town,
It's a beautiful place to be born.
It just wraps its arms around you,
Nobody crowds you and nobody goes it alone".

Hard to believe as it is, these words describe the Los Angeles of my own early years: "a beautiful place to be born…nobody crowds you…" We were "lucky" to have been born there.

"You know that flag flying over the courthouse
Means certain things are set in stone
Who we are, what we'll do and what we won't."

In case you miss Bruce's meaning, see his YouTube.com video (watch it here)  where, when those words are sung at about the three minute mark, (3:12) the camera flashes to a young Hispanic man staring through a chain link fence.

"In that particular song a guy comes back to his town and recognizes nothing and is recognized by nothing. The singer in Long Walk Home, that's his experience. His world has changed. The things that he thought he knew, the people who he thought he knew, whose ideals he had something in common with, are like strangers. The world that he knew feels totally alien. I think that's what's happened in this country in the past six years." [In Love With Pop, Uneasy With the World, By A. O. Scott, New York Times, September 21, 2007]

Springsteen's analysis describes exactly my feelings when I return to Los Angeles.

What Springsteen failed to acknowledge is the "people he thought he knew" have most likely left his hometown of Long Branch (now 20 percent Hispanic) pushed out by immigration.

And his old neighbors whose "ideals he thought he had something in common with" are probably vehemently opposed to mass, particularly immigration.

Springsteen is so close to getting it! But his liberal leanings (he once lived in Beverly Hills) just don't allow him to follow his instincts to their logical conclusion—legal and illegal immigration plays a major role in changing the world he grew up in and loved.

That's a pity. Although I don't believe that Springsteen's advocacy matters—American sentiment has shifted against him dramatically—if he were to speak out on immigration's obvious impact, Bruce could help us take another big step forward.

I don't expect any pro-immigration enforcement songs from Bruce. Writing a catchy tune about border enforcement might be tough. [VDARE.COM NOTE: Country Singer W.C Edgar did—you can hear him sing "Red, White and Black" at this link—his website is here.]

But a few well placed words, like to the Times' Scott [email him], would be a pleasant relief from the standard Hollywood patter.

And then maybe I could finally get a night off.