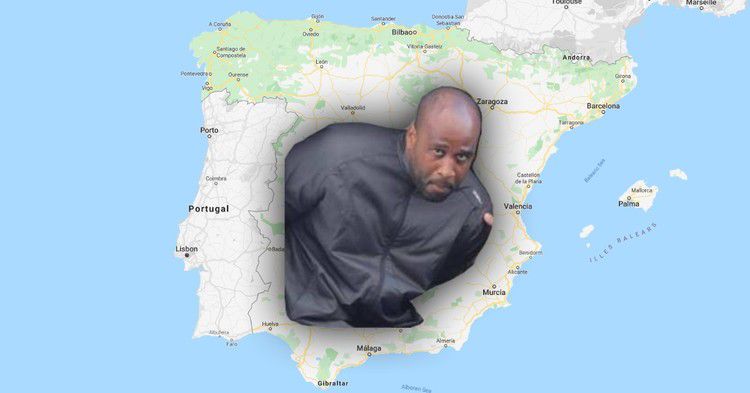 Spain’s “Hannibal Lecter,” An African Immigrant, Dies In Prison. Why Was He In Spain? Fabrizio Joao Silva, the “Hannibal Lecter” of the Spanish prison system, died in his cell on October 9 after an apparent fall. Silva was 36.

Silva didn’t eat human flesh, as did the cinematic Hannibal Lecter. Rather, his reputation for Lecter-like violence arose from his vicious attacks on prisoners and jail authorities.

Before detailing Silva’s rap sheet, though, you should know why he gets notice here: He was an African immigrant from Guinea Bissau, a former Portuguese colony nestled on the West African coast between Senegal and Guinea.

In 2004, Silva raped and murdered a woman [his girlfriend], stabbing her 25 times. Ten years later, in another prison, he kicked his cellmate to death.

In 2016, at a prison in Cadiz, he attacked five jail officials as they searched him, having hidden a knife in his shoe. As reported in the Spanish media:

One received a cut in the jugular, another a broken tooth, the third’s nose was broken, the fourth wound up with a wound in his knee ligaments and the fifth suffered a cut on the arm [Se investiga la muerte de Fabrizio Joao Silva, el 'Hannibal Lecter' de las cárceles españolas que sembró el pánico en ellas (“The Death of Fabrizio Joao Silva, the ‘Hannibal Lecter’ of Spanish Prisons Who Sowed Terror in Them, is Under Investigation”), El Cierre Digital, October 11, 2019].

After another attack, Silva landed in solitary at another prison, where he was fed through a metal door.

You see why they called him Hannibal.

The day he died, Silva had ended an eight-day hunger strike to protest his isolation.

When a guard saw Silva on the floor, he didn’t enter the cell until he’d called reinforcements and handcuffed him to make sure he was dead.

So why was he in  Spain? How did he enrich his new home or its people? Why does Spain need immigrants from Africa?

The Spanish MSM hasn’t asked those questions, and neither has the patriot Vox party, near as I can tell.

But rank-and-file Spaniards may be asking it.

The first comment under the story about Silva in El País [literally “The Country”] is from “Alex Delarge”:

In other news of  Africans in a Spanish-speaking country, a large contingent from Africa is camped in the city of Tapachula, Mexico. Some have threatened to form a caravan and march to the U.S. border and some have threatened a protest march on Mexico City. However, as I reported in a recent blog entry, the Africans in Tapachula opted not to join the caravan which was soon stopped by Mexican security forces.

Such are the antics of the Africans that even La Jornada, the far left Mexican newspaper so admired by Noam Chomsky, has been forced to report the truth:

African migrants confronted federal agents in the main entrance of the Estación Migratoria Siglo 21, in Tapachula, which left seven wounded. … The fracas began when the Africans threw stones at agents who guarded the installations of the Instituto Nacional de Migración [INM, Mexican immigration agency]. They were protesting because none of those who were at the migratory station for the past 50 days appear in the lists of those receiving documents to remain legally in Mexico. … [T]hey burned tires, they painted walls and blocked the main entrance to the Siglo 21 station. Soon after, they attacked Federal agents and the National Guardsmen with rocks again, which resulted in the fracas which resulted in two federal police and an agent of the National Guard wounded, and four Africans beaten.

More interesting, however, is the combox below the story.

One reader thought the United States might have shipped in the Africans. After all, “how could they travel to Chiapas?”

“Well,” wrote another, “return them for being violent.”

Doesn't talking about an invastion of migrants sound like a  “white nationalist” trope?

Anyway, Jornada reports that, as of the 9th of October, there were "3,500 Africans and Asians are in Tapachula, and several thousand more Cubans and Central Americans", although maybe some of them were in that ill-fated caravan [dominated by Haitians and Cubans] and are now detained.

Applications For Refugee Status Up In Mexico

Those figures invite the question of how many refugees seek shelter in Mexico:

In the first eight months of 2019, 48,254 migrants from countries all over the world have sought refuge in Mexico … just in the month of August the Mexican government admitted to the process 8,178 applicants, the second highest figure of the year, after the 8,613 that registered in July.

The total from January to August of this year is 3.3 times greater than that of the close of August of the past year, when the COMAR [Mexican Commission for Refugee Assistance] registered 14,562 applicants with refugee status.

That last category includes “migrants” from outside the Western Hemisphere.

Here are those numbers:

Another 36 are from Europe and 55 from Asia.

The increase in applications might well be the result of Mexico’s crackdown on migrants and the remain-in-Mexico policy.

Some migrants, apparently, have decided to make Mexico home if they can’t get into the U.S.

They also may be angling for a legal pass to stay in Mexico in anticipation of a run at the border when the migrant crisis abates. 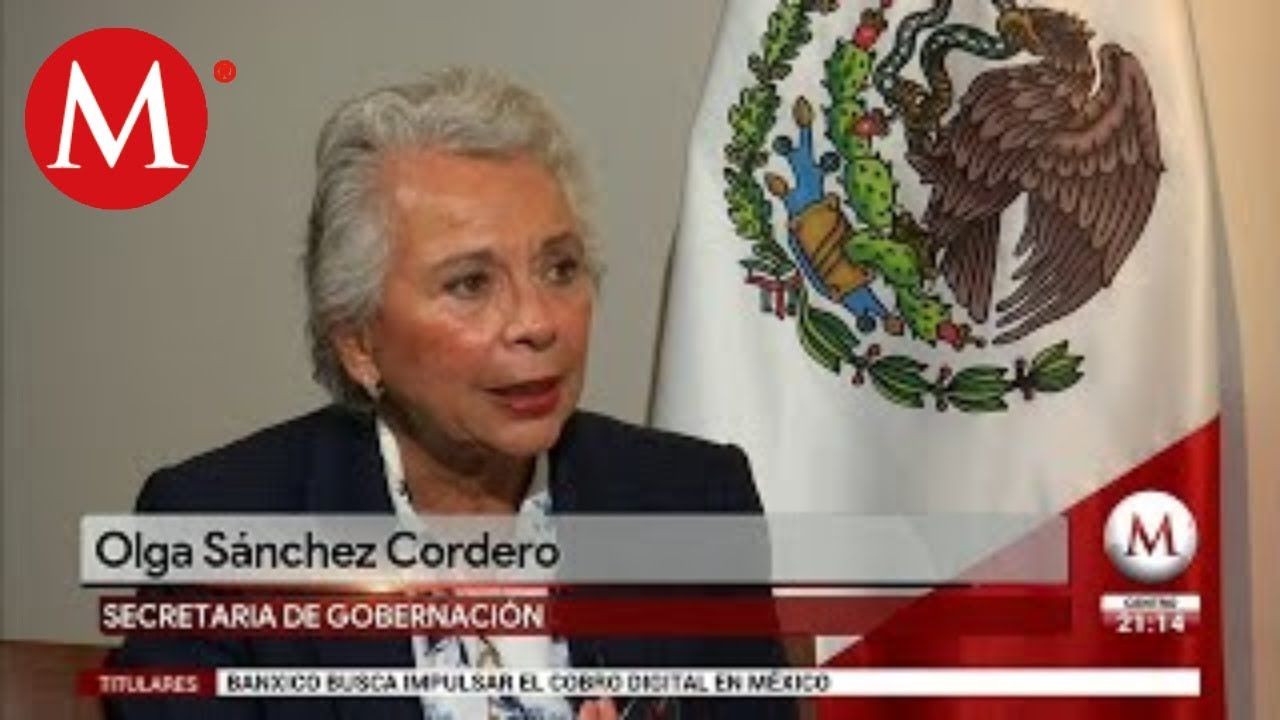 Given those data, no wonder Mexico’s interior secretary, Olga Sanchez Cordero, seeks to double the budget for the COMAR refugee agency.

That agency must deal with U.S. asylum applicants who are now compelled to wait in Mexico for their cases to be heard, and the illegal aliens who can’t move north to the border because of the Big Deal Crackdown

Secretary Sanchez said that AMLO promised that Mexico “was going to receive migrants,” but that, “suddenly we had to change the policy under instructions of the United States because the U.S. threatened us [En migración se necesita el doble de presupuesto, dice Sánchez Cordero (“In Migration a Doubling of the Budget Needed, Says Sanchez Cordero”), October 1, 2019].

Sanchez explained that, despite Mexico’s hospitality, most migrants still want to go to the United States. But “we can’t permit that because we are not a country of transit, we are a country of destination.”

Thus, she continued, “I am going to insist … that the support and resources to [the refugee commission] are increased, at least double or a little more than double.”

President Trump’s Big Deal with Mexico might be his biggest success. Recall that he threatened tariffs up to 25 percent on Mexican imports if it didn’t stop the mass migration of Central Americans to the United States. It worked.

As I reported just days ago, the National Guard stopped a caravan from Tapachula—a third enforcement action against the “migrants” after two earlier in the month.

“After the investigation of their nationality they will receive advice for their assisted return,” Milenio reported.

Remittances To Mexico Up While the percentage of Mexicans entering the U.S. has gone down, plenty are still in the United States. And they send plenty of money back home.

Mexico received $23,899.5 million in remittances from its citizens resident abroad in the first 8 months of the year, an increase of 8.70 percent in comparison to the same period of 2018.

As with the total, the average size of a remittance, $326, was also larger: $5 more than last year.

The number of remittances increased a little more than 5 million, from 68.6 million to 73.2 million. Most were electronic transfers.

AMLO thinks the Mexicans in the United States who send remittances are “living heroes.”

It's safe to say AMLO didn't mean they were "living heroes" for the U.S.—the country in which they have chosen to live.