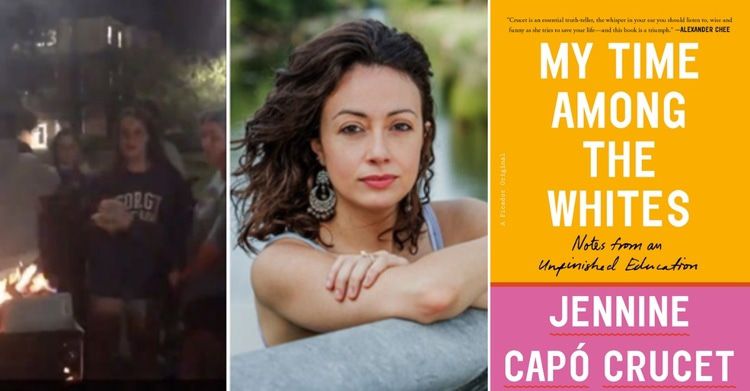 John Derbyshire: Georgia Book Burning Shows White Students Not All PC-Whipped After All! 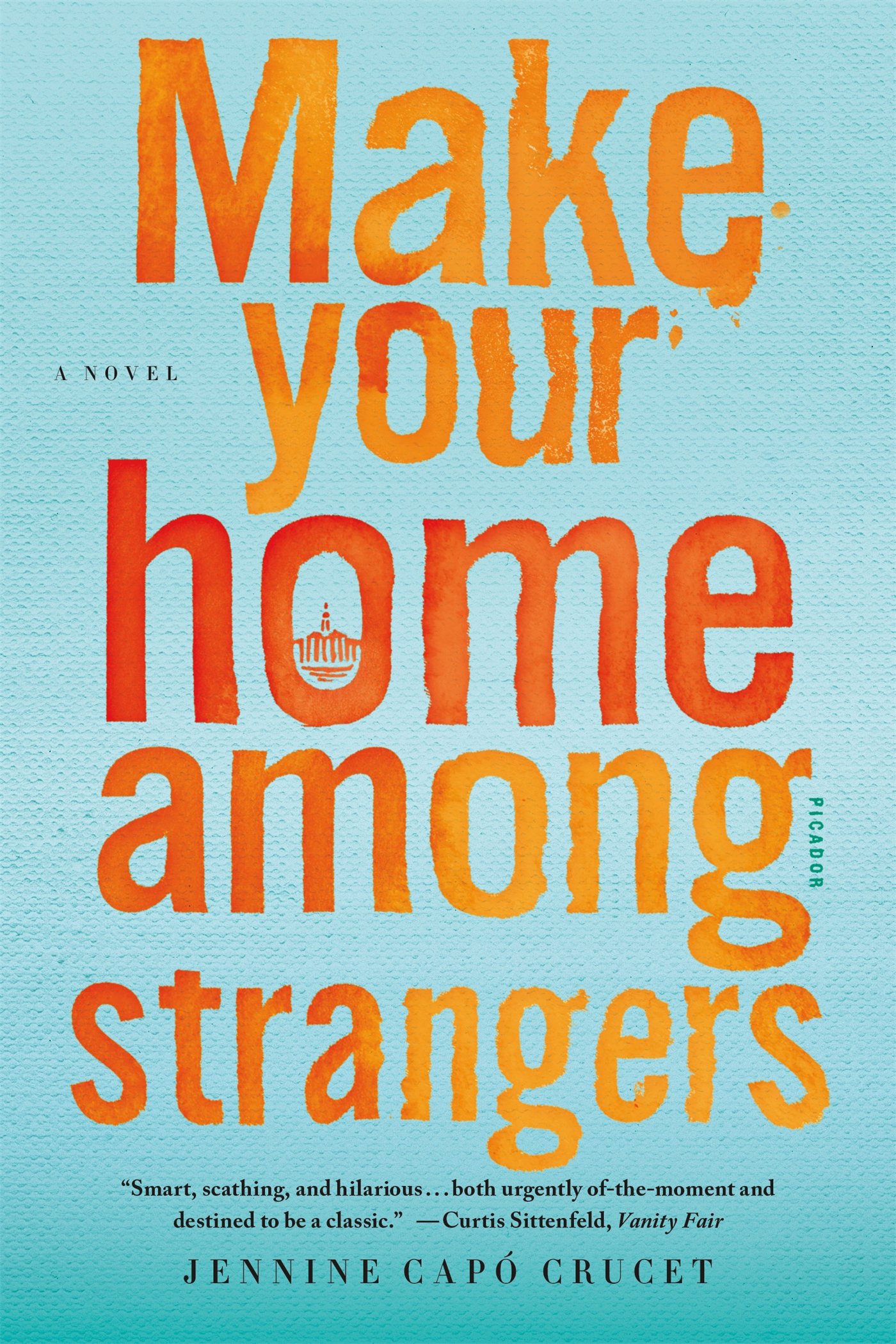 In my podcast this week, I’ve got comments on various kinds of lunacy going on (appointing illegal aliens to state policy-making boards in Gavin Newsom’s California, closing, and presumably emptying onto the streets, a prison in De Blasio’s New York) and general sense that the world is going nuts. But, trying to look on the bright side, there ae signs of resistance to the general lunacy.

I very much enjoyed this news item from the literary world. The actual literary item here is a novel, title Make Your Home Among Strangers. It came out three or four years ago. I regret to say I have not read it, so I can't pass any literary judgment on it.

The author of this novel is a young lady named Jennine Capo Crucet. The book's Amazon page tells us she, quote, "was born to Cuban parents and raised in Miami, Florida,"  and is a graduate of Cornell University. From one of her columns at the New York Times it seems she went to Cornell in 1999 [Did I Choose the Wrong College? April 28, 2018]

As I said, I haven't read the novel and don't plan to. From the reviews quoted on that Amazon page, I gather that it concerns a Cuban-American girl, raised in Miami, entering a high-ranking northeastern university in 1999, struggling with issues of race and class.

So apparently Ms. Crucet [Email her/Tweet her] didn't perform any very strenuous stretching of her imagination when writing the book. It's autobiographical. 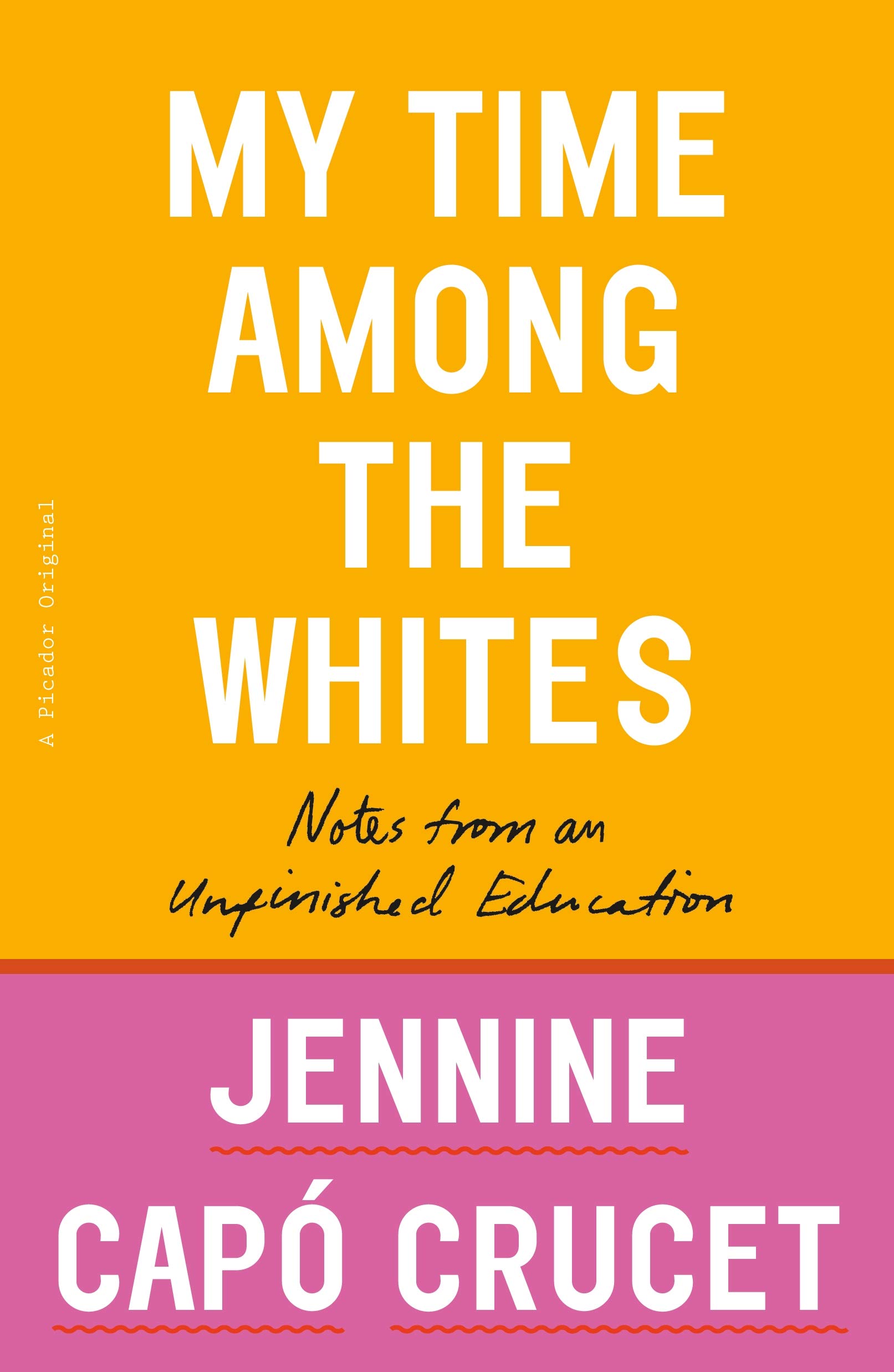 That's not a crime, not even a literary crime. Wikipedia has a list of seventy-odd famous autobiographical novels, some of them worthy literary classics like David Copperfield.

This novel of Ms. Crucet's, however, seems to have a theme of whiny resentment against white non-Hispanic America. According to her website, the novel's Latina protagonist

…begins her first semester at Rawlings College, but the privileged environment feels utterly foreign, as does her new awareness of herself as a minority.

More recently—just this September, in fact—Ms. Crucet published another book, title My Time Among the Whites, described on her personal website as "a collection of essays on feeling like an 'accidental' American and the tectonic edges of identity in a society centered on whiteness."

(Ms. Crucet appears from her picture to be a white Cuban, like Marco Rubio, Ted Cruz, and Roan Garcia-Quintana, who is so white that the SPLC has condemned him.)

Well, one of the colleges that has Ms. Crucet's novel on its required-reading list is Georgia Southern University. The author was accordingly invited to the Statesboro campus of that university on October 9th to give a talk about her books.

The event did not go well. In the Q&A session following her talk, several students, amazingly. pushed back against Ms. Crucet's anti-white sentiments. Sample question:

“I noticed that you made a lot of generalizations about the majority of white people being privileged. What makes you believe that it's okay to come to a college campus, like this, when we are supposed to be promoting diversity on this campus, which is what we're taught. I don't understand what the purpose of this was.”

After more of what Ms. Crucet later called "aggressive and ignorant comments," several students walked out in protest against her. They congregated outside and commenced burning copies of Ms. Crucet's books on a barbecue grill [Georgia college students burned the books of a Latina author, by Amir Vera and Natalie Johnson, CNN, October 14, 2019].

so after our FYE book’s author came to my school to talk about it... these people decide to burn her book because “it’s bad and that race is bad to talk about”. white people need to realize that they are the problem and that their privilege is toxic. author is a woman of color. pic.twitter.com/HiX4lGT7Ci

I leave you to imagine the subsequent howls of outrage from anti-white progressives. Book-burning! Nazis!

You get the idea.

I'm not a fan of book-burning, and I wish the offended students had found some other way to express their indignation at this woman's insults to them and their ancestors. A mass walkout followed by a mass tossing of Ms. Crucet's books into a dumpster would have made the point just as well.

Still, it's hard not to think the lady was asking for it; and it's hard not to smile at the thought of an anti-white Progressive getting the kind of treatment that is normally reserved for us on the Dissident Right, on the rare occasions we're allowed on campus at all.

Now it looks as though I'm going to have to work up a revised version of my 2012 Takimag column titled "White People Are Pussies."

Apparently not all white people are pussies—not in Georgia at any rate.