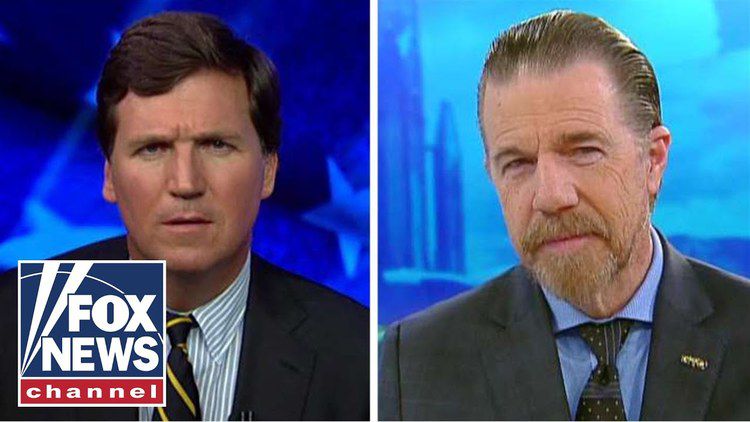 Angry Africans In Mexico Threaten Caravan To The U.S. Border 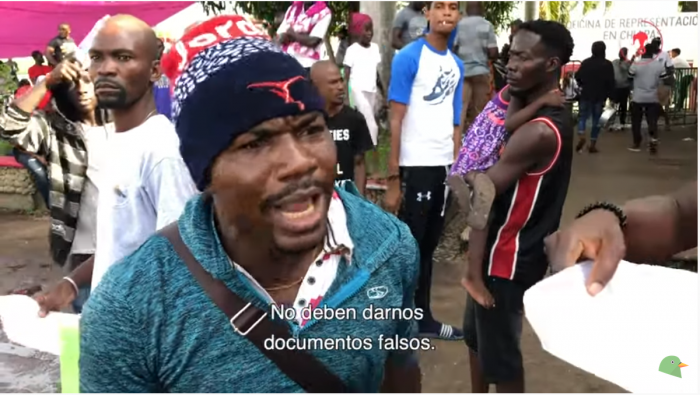 The angry Africans stuck in Mexico because the government won’t issue travel visas to the United States are threatening to form a border-busting “caravan” like those that brought thousands of Central Americans.

As I wrote in a previous article, the Africans are causing such trouble that cops in Tapachula deployed tear gas to break up a protest at a migration office. Now, the Africans promise more trouble…but for us:

[The Africans in Tapachula] threaten to start a caravan to the city of Tijuana if the Instituto Nacional de Migración [INM, the Mexican immigration agency] does not grant them a visa that they have requested for almost a year. So up to the present time they have suffered the consequences, living in the street and outside the Estación Migratoria Siglo XXI [21st Century Migratory Station].

So the Africans voluntarily crossed the Atlantic to pass through Latin America to get to the United States, but it’s Mexico’s fault they have to live in the street.

Although there is no exact date for the beginning of the African Caravan, it is estimated that they would be joined with groups of Haitians, Cubans and even Central Americans who live in the lower class neighborhoods of the city of Tapachula, many of them Hondurans who could be involved with gangs MS 13 and 18.

If you or I noted these gang connections, we’d be called racist.

Excelsior includes video of the angry Africans, one of whom unleashes a rant in Spanish:

Today we are completing 20 days here, without solutions, without food, without a roof to sleep under, without a doctor, without help. We have pregnant women, we have babies that need to enter, that need to be cured. We are asking for a future for us. ...

[Africans] are dehumanized here in Mexico, principally in Chiapas. We need the national and international press here to report that [Mexicans] are racists who are seriously discriminating.

Presumably, those pregnant women wish to give birth in the United States to a spanking-new anchor baby!

If the unhappy fellow in the video thinks Mexicans are racist from what he’s seen so far, one has to wonder if he’s seen the combox below the video:

Nine months after taking office, Mexican President Andres Manuel Lopez Obrador (AMLO) is still speaking well of Trump ... unlike our own political class. Trump returned the favor at the United Nations on September 24 with a shoutout to AMLO. Thanks, Trump said, for the help on immigration.

Next morning, reporters asked AMLO about it, and once again, he did not disappoint:

Yes, I appreciate the commentary of President Trump. We are complying with our responsibility and we want to maintain a very good relationship with the government of the United States.

[Trump] utilized an expression that I have utilized and I celebrate the coincidence. He said that we respect the government of the United States and that they respect us, that there is mutual respect. That is what we seek in our relationship, that there is mutual respect and that we can resolve the differences through the agreement, a peaceful solution to the controversies and dialogue, dialogue. and arriving at accords, and that we have a policy of good neighborliness with the government of the United States. And we have achieved it, we have had very few differences, very few differences.

AMLO even spoke frankly about the tariff threat and resulting deal.

When [Trump] presented the subject of the tariffs, the proposal or the threat of putting tariffs on Mexico, we arrived to an accord and we have complied with our parts of what was agreed on. … And I celebrate that he has said that relations are good. I also maintain the same, the relations with the government of the United States and with President Donald Trump are good.

It’s not just because, as they say, that we had this situation of the threat of tariffs, but because it is our obligation as a country. It is our national security. It is the subject of who enters our territory.

Message: Mexico has the right to control its borders.

And so does the United States.

Juan Hernandez: How Can Mexico Get More In Remittances?

Held in Guanajuato, the capital of the state of the same name and the home of former President Vicente Fox, the purpose was

…to generate a space of dialogue to share visions, experiences and proposals for the utilization of technology and financial innovation in the international transfer of remittances of migrant families of the state of Guanajuato to fight poverty and the generation of development in the communities of origin of the migrant families.

The short version? Let’s get more money from the United States to Mexico!

Among the speakers was our old amigo Juan Hernandez, a dual citizen (Mexican father, American mother) who arranged the first meeting of Vicente Fox and President George W. Bush.

Hernandez ran Fox’s Office for Mexicans Abroad and infamously declared on Nightline in 2001 that “we are betting that the Mexican American population in the United States … will think Mexico first.” Fox’s Tucker Carlson sternly reminded him about that in April [Tucker Carlson roasts Mexican official over his country's treatment of immigrants, April 3, 2019].

Now, Hernandez is back home in Guanajuato, where he is the State Secretary of Migrant and International Relations. Guanajuato happens to be one of the top three Mexican states in dollars received via remittances. No wonder the folks back home are interested in the topic.

The idea of the governor [of Guanajuato] was that in this event we invite companies, people from other countries , people who can show us what is being done in other places,to open our mind to what can be done and great changes to reduce to a minimum, to half the cost.

We have to work with the companies, with the banks, with the financial cooperatives, so we don’t stay in the twentieth century, that we enter into the twenty-first century with the new technologies.

Also present were Jose “Tony” Rivero of the Arizona House of Representatives, Christopher Gascon of the UN’s International Organization for Migration, representatives of Alibaba, Mastercard, and Ping Pong Innovation.

Would they lend this sort of support to a conference on building the wall?