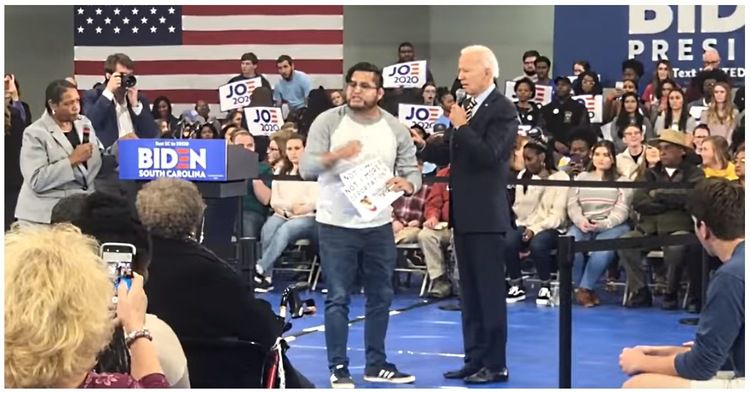 With other major Democratic presidential candidates advocating Open Borders, Joe Biden’s relative restraint makes him look almost sane. This is causing him problems with Professional Hispanic activists (his top Latino campaign adviser Vanessa Cardenas recently quit because he has refused to disassociate himself from Obama’s record on deportations—a myth that somehow left Obama with the title “deporter in chief”). But the good news for Sleepy Joe: The polling data show that rank-and-file Hispanics aren’t paying much attention to Professional Hispanics like the one at the town hall.

Moreno/Rojas: My name is Silvia and every day I live under the fear that ICE is going to separate my family.

Moreno/Rojas: I have heard that you have defended Obama’s record of 3 million deportations that happened over the eight years that he was in office.

Moreno/Rojas: Because deportations were so high under the Obama administration, it is hard for me as an immigrant to trust you and I want to know, if you were to be president, will you stop deportations on Day One through executive action?

Biden: No. I will not stop all deportations. I will prioritize deportations, only people who have committed a felony or serious crime.

Carlos: I’m going to translate for her, but I want you to know that in 2008, I was a volunteer for Obama because I had hope and I believed in the promises he made to the immigrant community. The fact is that over those eight years, over 3 million people were deported and separated from their families. We had this classification of families. ...

And then Biden walked away!

Carlos: No, I’m not gonna do that. But I want to make sure that immigrant families and people like Silvia are not afraid. [Biden keeps walking away.] And you have the power as a candidate to actually commit to stop all deportations on Day One through executive action. And we want to hear you say that.

Biden: I will not stop all deportations. If you commit a crime that’s a felony. ...

Carlos: NOT ONE MORE-

Various: DEPORTATION! [They continue to chant]

(The video of the part of the conversation presented above is available at this La Opinión article here).

The argument raged on, with Biden declaring that “no matter what happens, somebody who commits murder should be deported.” The chanting continued, too.

Amusingly, when Bernie Sanders heard about the confrontation, he cast Biden as opposing “immigration rights”—for advocating, rightly, the deportation of illegal-alien murderers.” Joe Biden may not want the votes of those concerned about immigrant rights, but I do,” the socialist tweeted. “Join our movement for justice.”

Joe Biden may not want the votes of those concerned about immigrant rights, but I do. Join our movement for justice. https://t.co/dCtw3Z2HnG

Biden’s top Hispanic adviser, Vanessa Cardenas, quit the campaign, Politico reported, because “she was frustrated over her lack of input and with the presidential candidate’s immigration rhetoric [Biden’s senior Latina adviser quits in frustration, by Marc Caputo, November 25, 2019].

Why was she frustrated?

Apparently Politico had not received a reply from Cardenas, but “two friends familiar with her thinking” said Cardenas “felt the campaign wasn’t heeding her advice on immigration as she tried to reach out to Latino groups that have had long-standing concerns with the former vice president’s rhetoric and record stemming from the Obama Administration.” 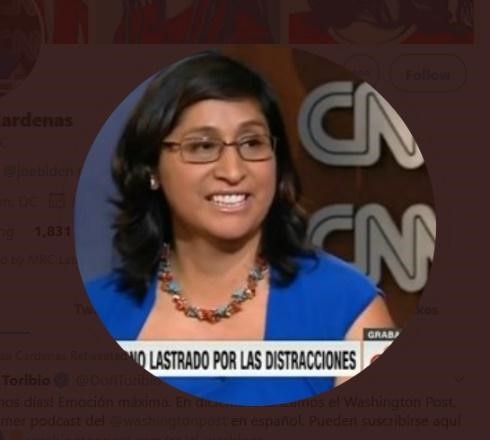 Obama’s reputation as the reincarnation of General “Jumpin’ Joe Swing,” who  ran Operation Wetback for Ike Eisenhower may be undeserved, but compared to the Open-borders Democrats running for president today, he was an immigration patriot!

“The campaign is just hyper-focused on whites in Iowa and African-Americans and it placed less value on Latino outreach,” an immigration activist and friend who spoke with her told POLITICO.

“Vanessa kept banging her head against the wall trying to get them to take the community more seriously,” the friend, who wasn’t authorized to speak on her behalf, said. “And Biden just really won’t change when it comes to the way he talks about immigration. It became too much.” 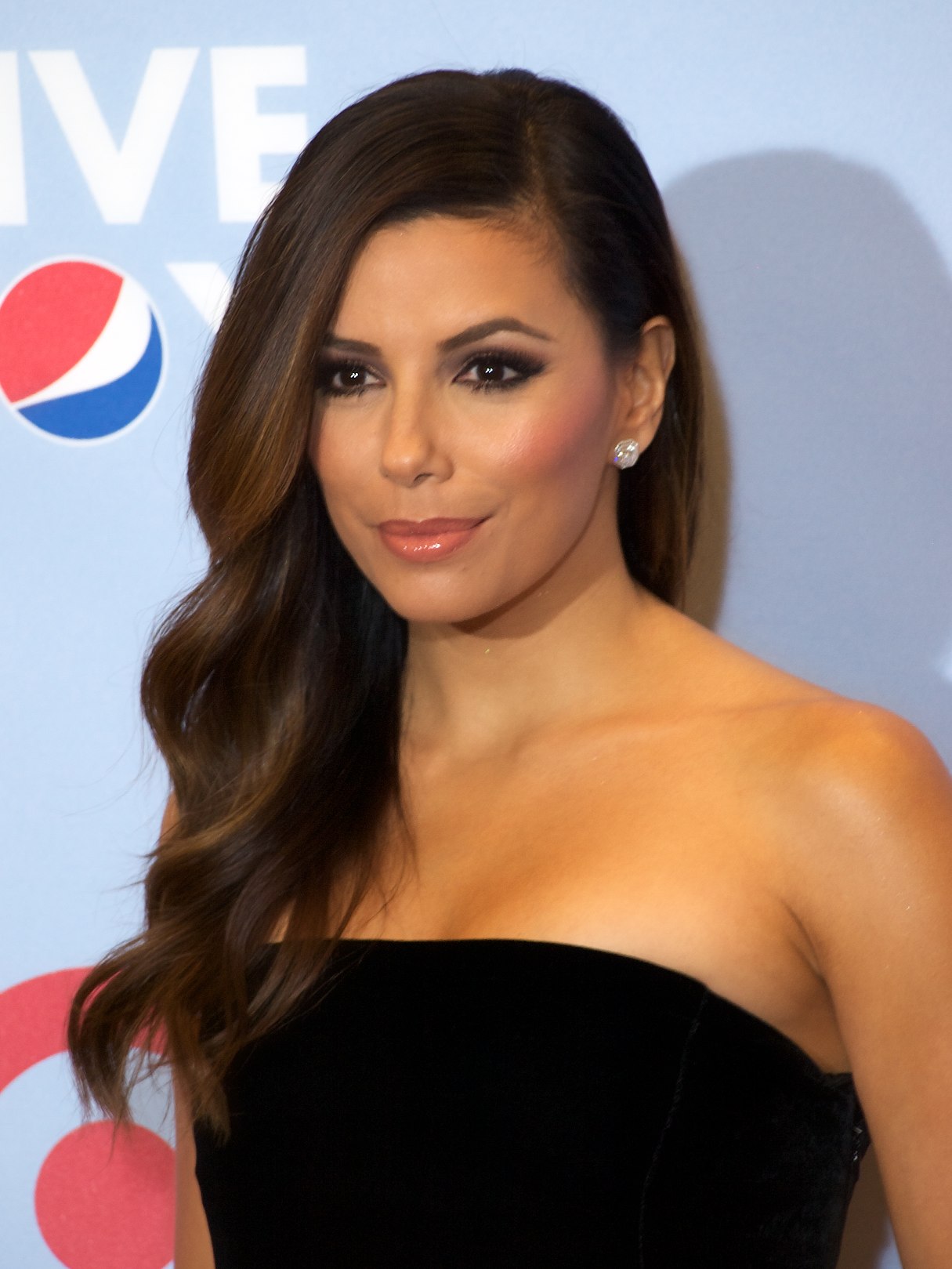 Latino Victory, its website says, wants to “grow Latino political power by increasing Latino representation at every level of government.” It  actually supports revanchist Julian Castro for president. But its leaders are savvy enough to know they need fingers in other pies.

A key line from Politico:

Cardenas’ departure is the latest in a string of troubles Biden’s campaign has had with Latino and Hispanic leaders and groups, a tension partly rooted in the fact that the candidate has held firmly to formerly centrist Democratic party positions on immigration even as activists have grown more vocal and progressive.

But here’s the thing. The polling data show that these Professional Hispanics don’t speak for the hoi-polloi. Rank-and-file Hispanics are just fine with Sleepy Joe.

Those data, from Mason-Dixon polls published in Telemundo, another Spanish-language media company, show Biden ahead in California with 21 percent of Hispanic support against 19 percent for Sanders, and Elizabeth Warren and Kamala Harris tied at 9. 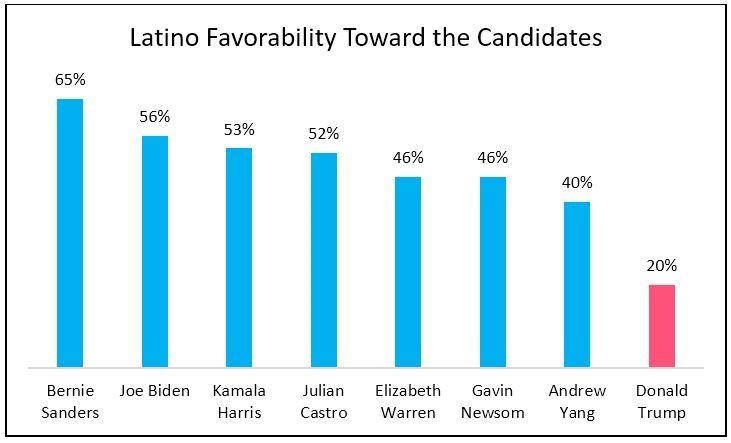 Despite being Latino, Castro only polls at 2 percent in California and 6 percent in Texas, his home state.

The same poll revealed that 67 percent of Hispanics in California and 66 percent in Texas want to replace Trump.

In a nationwide USA Today survey earlier this month, 26 percent of Hispanics said they would vote for Biden and 18 percent for Sanders [Who is winning the 2020 vote? Biden is the top pick for Latino voters eager to oust Trump, by Rick Jervis, November 6, 2019].

All these data, by the way, are fairly consistent with the Real Clear Politics polling averages of all voters nationally, and in Texas and California.

But not all the polls show Biden ahead. The Latino Decision polling outfit found 31 percent of Latino voters in California would cast a ballot for Sanders, but only 22 percent for Biden [NEW POLL: Seventy four percent of CA Latino voters plan to vote in March 2020 primary November 14, 2019]. Another survey found that 65 percent of Hispanics were “very” to “somewhat” favorable to Sanders, while 56 percent were “very” or “somewhat” favorable to Biden [Latino Voters in California Are Feeling the Bern, by Adrian Pantoja, November 25, 2019].

Those professional activists don’t want anyone deported, including murderers.(That's what "not one more deportation" means when it includes felons. ) But rank-and-file Hispanics aren’t that radical, which explains their support for Biden. They’re less worried about deporting murderers than they are about other policies. Indeed, as Heather Mac Donald has repeatedly observed about the Establishment GOP’s plan to move left on immigration, Hispanics don’t care as much about immigration as politicians like to think [Why Hispanics Don’t Vote For Republicans, National Review, November 7, 2012]. That also explains Hispanic support for Trump.

We’ll see how Biden actually fares among Hispanics once the primaries begin. Until then, just remember exactly what professional Hispanic activists want: a candidate who will open the borders and end all deportations.

And the other 2020 Democrats are eager to oblige.