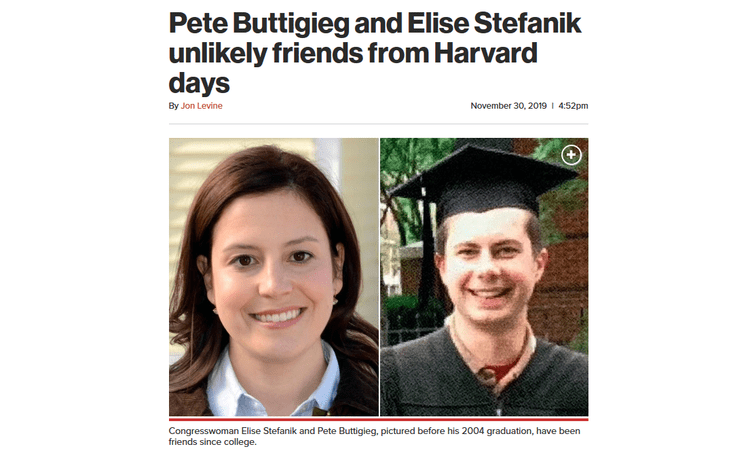 New York Rep. Elise Stefanik is the GOP’s newest star. Her aggressive questioning of witnesses during last month’s impeachment hearings made her a national figure and a prominent White House ally. Many Trump supporters see Stefanik as a hero, but immigration patriots should be skeptical. The New York Republican consistently votes against patriotic immigration reform. Her sudden celebrity signifies a serious problem with Trumpism—apparent loyalty to the president matters far more than America First. But that won’t build a movement, and will permit cheap-labor enthusiasts to co-opt Trumpism for their own corrupt ends. 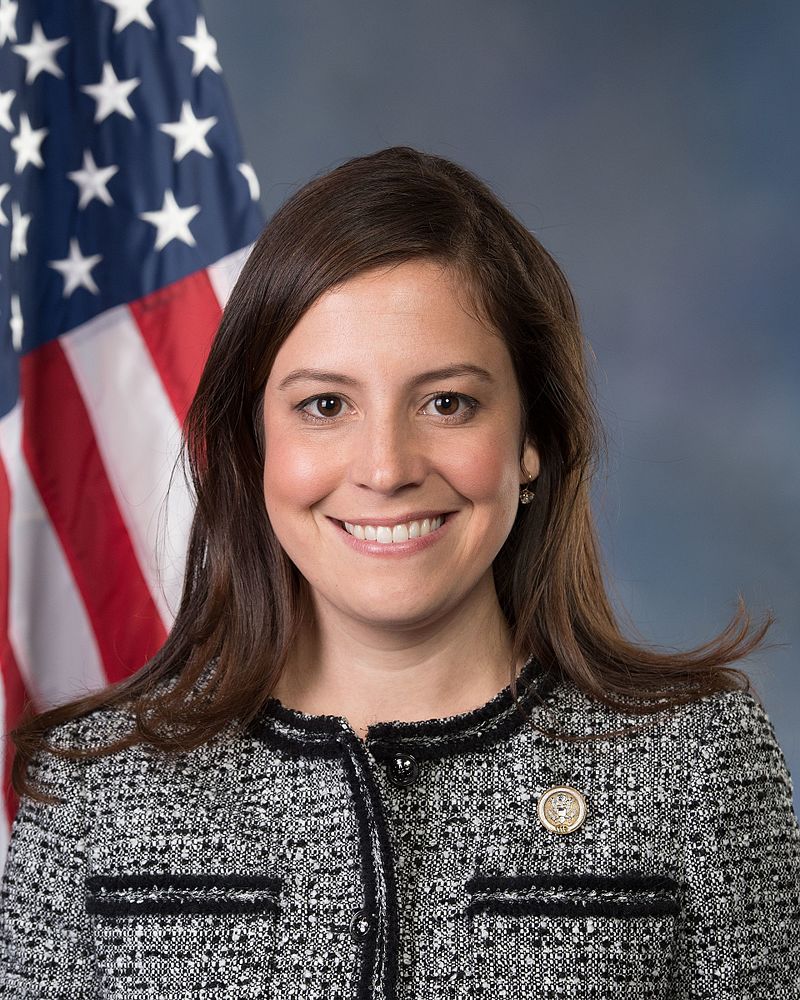 Let’s give credit where it’s due: Stefanik did do a number on the Democrats’ witnesses [Yovanovitch Admits Being Prepped By Obama Admin On Hunter Biden & Burisma During Confirmation, GOP War Room, Nov. 15, 2019]. Trump called her a “a new Republican star,” House Minority Leader Kevin McCarthy praised her political skills, and other major figures want to see her in the leadership. At the same time, celebrities and prominent liberals are donating heavily to Stefanik’s Democratic opponent, further cementing her importance [Rising GOP star thrust into spotlight with Trump defense, by Juliegrace Brufke and Brett Samuels, The Hill, November 25, 2019].

Stefanik’s star power relies on the 35-year-old’s youth and sex. Few young women are in the GOP caucus and the party is desperate (foolishly, ask Ann Coulter) to have its own Alexandria Ocasio-Cortez.

And unlike AOC, Stefanik has brains. She’s a Harvard grad. (Perhaps significantly, she was reportedly a friend of Peter Buttigieg there—Pete Buttigieg and Elise Stefanik unlikely friends from Harvard days, by Jon Levine, November 30, 2019 ).

Yet Stefanik’s rise exposes the problem with the top shelf of the GOP on Capitol Hill: If the party fully embraced immigration patriotism, Stefanik’s immigration agenda would exclude her from leadership. She holds a dismal D career rating from NumbersUSA. (She was first elected in 2014). This term she rated a mediocre C. The low ratings are fully warranted, as her long history open-borders statements and legislation demonstrate:

Stefanik’s Northeastern New York State district is 88 percent white and only 3.4 percent Hispanic. Her immigration boosterism is thus not an appeal to her few non-white constituents. It is likely motivated by the agriculture industry’s power in her district. Her House website describes agriculture as the district’s “backbone”. She wants to expand the H-2A visa program to benefit the dairy industry [Stefanik co-sponsors revised agriculture bill to keep migrant labor on farms, by Abraham Kenmore, Watertown Daily Times, July 19, 2018].

Prior to the impeachment hearings, Stefanik was primarily a Trump critic. Beside immigration, she also opposed Trump on foreign policy and trade. She also strongly supported Robert Mueller’s investigation into Russia collusion and indicated Trump was too pro-Russia [Timeline: Rep. Stefanik often sharply critical of Trump, but backs his agenda, NCPR News, August 10, 2018].

And Stefanik only reluctantly supported Trump in 2016. She went after Trump for his criticism of a Muslim Gold Star father and condemned the future president’s comments in the Access Hollywood tapes. A few weeks before the election, she said she “totally opposed” Trump’s foreign policy but supported “my party’s nominee” without saying Trump’s name.

To sum her up, she’s pro-Amnesty, pro-cheap foreign labor, pro-bad trade deals, pro-neocon foreign policy, and anti-border security. She doesn’t support the America First agenda that put Trump in the White House, which explains why she was never much of a Trump fan…until now.

Stefanik is another immigration booster. And, unfortunately, she’s not the only one. There are so many others Trump has embraced.

Trump’s White House is full of immigration boosters and Amnesty advocates. Vice President Mike Pence, Energy Secretary Rick Perry, and Chief of Staff Mick Mulvaney are just a few. However, these figures have largely gone along with Trump’s immigration agenda. But former United Nations Ambassador Nikki Haley did not go along with the president’s immigration agenda and tried to undermine it at the UN [U.N. Ambassador Nikki Haley Vows Support for Refugees, by Felicia Schwartz, The Wall Street Journal, May 21, 2017]. Yet she still receives Trump’s support.

The three legislators are Trump’s strongest allies, but he’s too busy listening to his disloyal advisers to notice. So Stefanik, as opposed to Kobach for instance, is the “new Republican Star.”

Trump should remember: In 2016, Middle American did not vote for GOP “stars” who back Business First and reject America First. It voted for a man who promised to defend the Historic American Nation.

Trump’s GOP is not yet an America First party. And it won’t become one until immigration patriotism is its litmus test.

That means not giving power to the likes of Elise Stefanik.