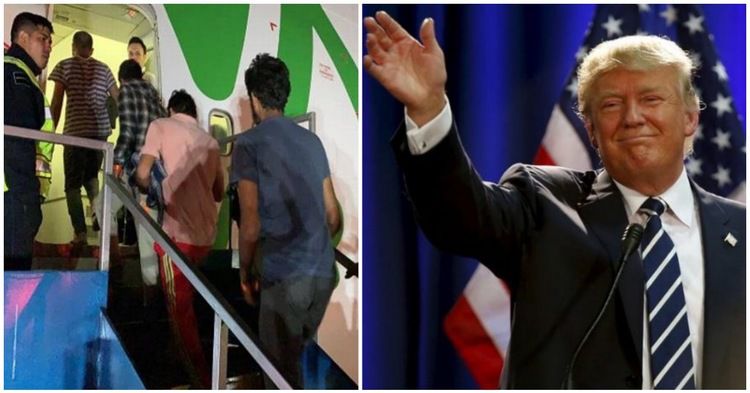 The Mexican immigration agency (INM) had a first this month: It handled part of its Indian problem. Only the Indians weren’t Aztecs or Mayans. They were illegal-alien Indians from India—the same place Dinesh D’Souza came from! INM just sent these Indians back home on a chartered flight.

Once again, we can probably thank President Trump and his tariff threat for this hardline move.

For the first time in its history, the INM carried out yesterday a transatlantic repatriation of 311 undocumented migrants from India, who departed at exactly 21:50 from the International Airport of Toluca, en route to New Delhi. The INM reported that this was accomplished, thanks to the excellent communication and coordination with the embassy of that Asian country [India], with whom it worked in the identification and return of the [Indian] citizens, in strict adherence to [Mexican] migratory law and its regulation.

Photos and video of the deportees, 310 men and one woman, show that they left peacefully for the free ride home.

Unhappily, another video also shows some Punjabis, including one in a bright yellow turban, being smuggled through a border barrier into the United States.

Mexico has detained 3,596 Indian migrants, 1,342 from Bangladesh and 159 from Sri Lanka, nationalities that have been taken advantage of by people traffickers who charge them up to 2,500 dollars to take them as undocumented into the United States. … Traditionally, among the immigrants detained by INM there were few Indians, but since 2015 their number has increased exponentially. For example, in 2015, only 6 were detained, but the next year there were 1,455, rising to 3,408 in 2018. Now, this record can be broken since there are already 3,596 in the first 10 months of 2019.

EL Sol notes that the influx of South Asians is, of course, a bonanza for people smugglers, “who charge them protection from the moment they get off the airplane” for transport to the U.S.-Mexico border.

Indians, of course, aren’t the only illegals in Mexico; nor are Central Americans and angry Africans.

South Americans are a strong presence, too, but harder to detect because of the tourist trade.

Some 360,000 Brazilians fly into Mexico annually. Apparently Mexican authorities are not being as kind to them as a top Brazilian diplomat would like.

The hardening of migratory policy by the government of Andres Manuel Lopez Obrado is not only limited to stopping the flow of undocumented in the southern and northern borders of the country, but also has resulted in “mistreatment” of tourists, principally South Americans, who are victims of the violation of human rights at the hands of INM personnel.

“I unhappily confirm that the Government of Brazil has received a significant quantity of complaints from Brazilian citizens who are impeded from entering Mexico and who are mistreated by INM authorities in the international airports of the country,” said Wanja Campos de Nobrega, Consul General of Brazil in Mexico.

Authorities in Mexico City and Cancun are reportedly rejecting these Brazilians or in some cases detaining them in “inhumane conditions,” where they don’t receive adequate food and water.

“This is not new, but has been aggravated … with the enforcement of measures to stop the migratory flow from the south, under pressure of the American government of Donald Trump,” the consul general was quoted as saying. Chile, Argentina, Colombia, and Venezuela have complained likewise.

But this raises the question: why would Mexico be mistreating “tourists” ? In other words, how many of those South Americans are “migrants” bound for the U.S.?

Maybe some have irregularities in their paperwork or seem suspicious. Maybe Mexican authorities believe they might join the march north that Mexico has agreed to fight.

Down in the combox, a curious reader named Alvaro Fuentes asked a question a lot of Mexicans ask these days: Who pays for these illegals?

Where do the money and jobs come from for these African foreigners (who don’t even speak Spanish) so they can survive in Mexico now that they are going to have to stay in Mexico since Trump is NOT going to admit them into the United States? With more populist socialist public debt?

Another combox skeptic has a question about Mexico’s giving $30 million to Honduras.

That invited this comment from Enrique Silva: “What is our spendthrift president thinking? Giving the money of our nation to other countries as if it were his own?” 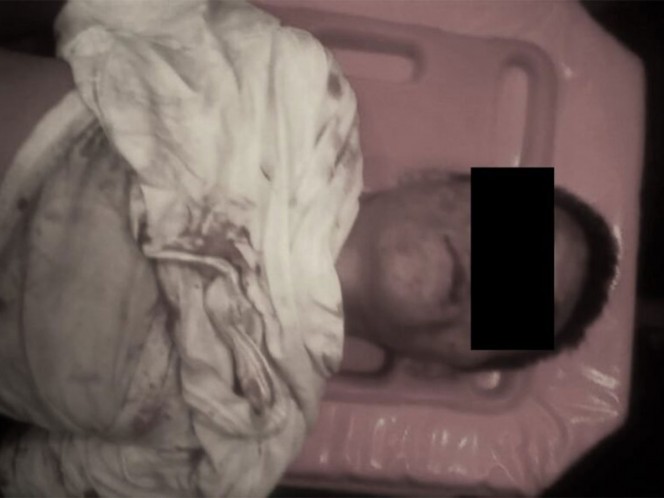 In Oaxtepec, in the central Mexican state of Morelos, about 40 locals beat up and nearly lynched a Honduran they suspected of burglary [Casi linchan a hondureño por robar casas en Oaxtepec (“Honduran Nearly Lynched For Robbing Houses in Oaxtepec”), by Pedro Tonantzin, October 16, 2019].

Location: a kindergarten. I hope the kids weren’t there!

When police tried to rescue the Honduran, “the inhabitants surrounded the patrol to avoid letting them take him.”

Police finally rescued the man and took him into custody after a hospital visit.

Richard Glenn, Deputy Assistant Secretary of State for the Bureau of International Narcotics and Law Enforcement Affairs, recently testified on the debacle in Culiacan, Mexico, on October 17. Police had arrested Ovidio Guzmán, the son of drug kingpin El Chapo, Joaquín Guzmán, but then released him after a pitched gunfight  with the Sinaloa Cartel [El Chapo's son led dramatic rescue of his half brother in Mexico battle, by Anthony Esposito and Ana Isabel Martinez, Reuters, October 25, 2019].

At a hearing in the U.S. House of Representatives, Glenn said the United States is concerned and that Mexico needs a comprehensive strategy to battle the cartels [US wants to see Mexico political commitment against cartels, by Luis Alonso Lugo, Associated Press, October 23, 2019].

Reporters asked President Andrés Manuel López Obrador about Glenn’s remarks at his morning presser on October 24. “With respect to the sovereignty of each country,” AMLO replied, “officials of other countries should not give their opinion about internal matters that only correspond to our government, it’s in bad taste” [Versión estenográfica de la conferencia de prensa matutina | Jueves 24 de octubre, 2019 (“Stenographic Version of the Morning Press Conference, Thursday October 24, 2019”) Mexican Presidential Website, October 24, 2019].

AMLO wondered what the U.S. would say if he suggested that U.S. gun laws are unacceptable “because they permit the uncontrolled sale of arms which are introduced into Mexico to cause the death of civilians”:

Every nation has its independence. What is important, especially between neighbors, is to seek cooperation, but not to set ourselves up as judges and to judge.

But AMLO, not for the first time, didn’t go beyond that to take a shot at Trump. Instead, he spoke well of the president and U.S.-Mexican relations.

Fortunately we have a very good relationship with the government of the United States…The opinion of President Trump has been one of respect toward Mexico, as he stated in the United Nations, he spoke of mutual respect. 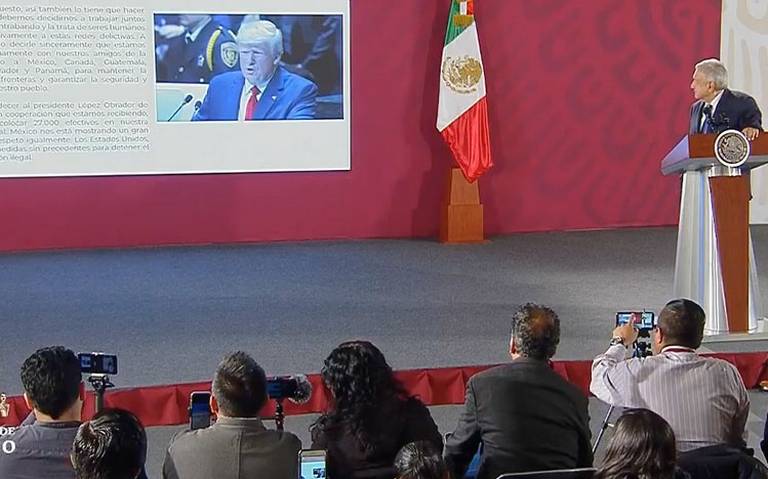 What a contrast with so many of our own politicians!