How stands John Winthrop's "city upon a hill" this Thanksgiving?

How stands the country that was to be "a light unto the nations"?

To those who look to cable TV for news, the answer must at the least be ambiguous. For consider the issues that have lately convulsed the public discourse of the American republic.

Today's great question seems to be whether our 45th president is as serious a sexual predator as our 42nd was proven to be, and whether the confessed sins of Sen. Al Franken are as great as the alleged sins of Judge Roy Moore.

On both questions, the divide is, as ever, along partisan lines. 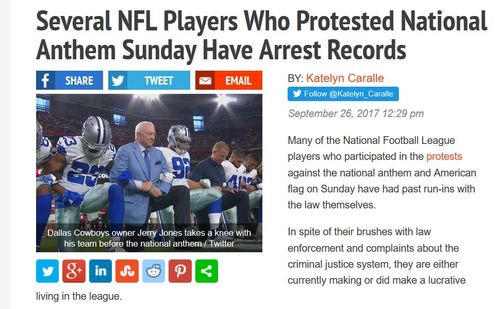 And every day for weeks, beginning with Hollywood king Harvey Weinstein, whose accusers nearly number in three digits, actors, media personalities and politicians have been falling like nine pins over allegations and admissions of sexual predation.

What is our civil rights issue, and who are today's successors to the Freedom Riders of the '60s? Millionaire NFL players "taking a knee" during the national anthem to dishonor the flag of their country to protest racist cops.

And what was the great cultural issue of summer and fall?

An ideological clamor to tear down memorials and monuments to the European discoverers of America, any Founding Father who owned slaves and any and all Confederate soldiers and statesmen. 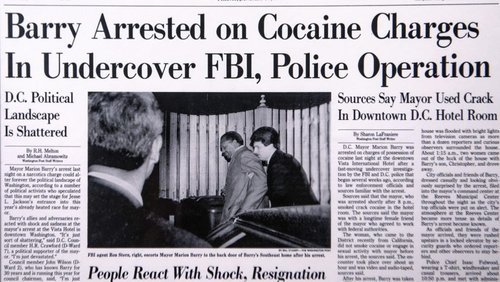 Stained-glass windows of Robert E. Lee and Sjamestonewall Jackson have been removed from the National Cathedral. Plaques to Lee and George Washington have been taken down from the walls of the Episcopal church in Alexandria where both men worshipped.

But the city that bears Washington's name is erecting a new statue on Pennsylvania Avenue—to honor the four-term mayor who served time on a cocaine charge: Marion Shepilov Barry.

Whatever side one may take on these questions, can a country so preoccupied and polarized on such pursuits be taken seriously as a claimant to be the "exceptional nation," a model to which the world should look and aspire?

Contrast the social, cultural and moral morass in which America is steeped with the disciplined proceedings and clarity of purpose, direction and goals of our 21st-century rival: Xi Jinping's China.

Our elites assure us that America today is a far better place than we have ever known, surely better than the old America that existed before the liberating cultural revolution of the 1960s.

Yet President Trump ran on a pledge to "Make America Great Again," implying that while the America he grew up in was great, in the time of Barack Obama it no longer was. And he won.

Certainly, the issues America dealt with half a century ago seem more momentous than what consumes us today.

Consider the matters that riveted America in the summer and fall of 1962, when this columnist began to write editorials for the St. Louis Globe-Democrat. What was the civil rights issue of that day?

Hundreds of demonstrators arrived on campus to join student protests. A riot ensued. Dozens of marshals were injured. A French journalist was shot to death. The Mississippi Guard was federalized. U.S. troops were sent in, just as Ike had sent them into Little Rock when Gov. Orville Faubus refused to desegregate Central High.

U.S. power was being used to enforce a federal court order on a recalcitrant state government, as it would in 1963 at the University of Alabama, where Gov. George Wallace stood in the schoolhouse door.

As civil rights clashes go, this was the real deal.

That fall, in a surprise attack, Chinese troops poured through the passes in the Himalayas, invading India. China declared a truce in November but kept the territories it had occupied in Jammu and Kashmir.

Then there was the Cuban missile crisis, the most dangerous crisis of the Cold War.

Since August, the Globe-Democrat had been calling for a blockade of Cuba, where Soviet ships were regularly unloading weapons. When President Kennedy declared a "quarantine" after revealing that missiles with nuclear warheads that could reach Washington were being installed, the Globe urged unity behind him, as it had in Oxford, Mississippi.

We seemed a more serious and united nation and people then than we are today, where so much that roils our society and consumes our attention seems unserious and even trivial.

"And how can man die better than facing fearful odds, for the ashes of his fathers, and the temples of his Gods?" wrote the British poet Thomas Macaulay.

Since 1962, this nation has dethroned its God and begun debates about which of the flawed but great men who created the nation should be publicly dishonored. Are we really a better country today than we were then, when all the world looked to America as the land of the future?