Patrick J. Buchanan: Is America Up for a Second Cold War, This Time With China? 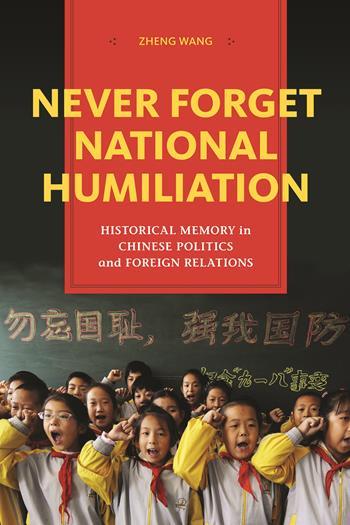 After the 19th national congress of the Chinese Communist Party in October, one may discern Premier Xi Jinping's vision of the emerging New World Order.

By 2049, the centennial of the triumph of Communist Revolution, China shall have become the first power on earth. Her occupation and humiliation by the West and Japan in the 19th and 20th centuries will have become hated but ancient history.

America will have been pushed out of Asia and the western Pacific back beyond the second chain of islands.

Taiwan will have been returned to the motherland, South Korea and the Philippines neutralized, Japan contained. China's claim to all the rocks, reefs and islets in the South China Sea will have been recognized by all current claimants.

Xi's "One Belt, One Road" strategy will have brought South and Central Asia into Beijing's orbit, and he will be in the Pantheon beside the Founding Father of Communist China, Mao Zedong.

Democracy has been rejected by China in favor of one-party rule of all political, economic, cultural and social life.

And as one views Europe, depopulating, riven by secessionism, fearful of a Third World migrant invasion, and America tearing herself apart over politics and ideology, China must appear to ambitious and rising powers as the model to emulate.

Indeed, has not China shown the world that authoritarianism can be compatible with national growth that outstrips a democratic West?

Over the last quarter century, China, thanks to economic nationalism and $4 trillion in trade surpluses with the United States, has exhibited growth unseen since 19th-century America.

Whatever we may think of Xi's methods, this vision must attract vast numbers of China's young—they see their country displace America as first power, becoming the dominant people on earth.

After World War II, America's foreign policy was imposed upon her by the terrible realities the war produced: brutalitarian Stalinist domination of Eastern and Central Europe and much of Asia.

Under nine presidents, containment of the Soviet empire, while avoiding a war that would destroy civilization, was our policy. In Korea and Vietnam, Americans died in the thousands to sustain that policy.

But with the collapse of the Soviet Empire and the breakup of the USSR, it seemed that by 1992 our great work was done. Now democracy would flourish and be embraced by all advanced peoples and nations.

But it did not happen. The "end of history" never came. The New World Order of Bush I did not last. Bush II's democracy crusade to end tyranny in our world produced disasters from Libya to Afghanistan.

Authoritarianism is now ascendant and democracy is in retreat.

Is the United States prepared to accept a world in which China, growing at twice our rate, more united and purposeful, emerges as the dominant power? Are we willing to acquiesce in a Chinese Century?

Or will we adopt a policy to ensure that America remains the world's preeminent power?

Do we have what is required in wealth, power, stamina and will to pursue a Second Cold War to contain China, which, strategic weapons aside, is more powerful and has greater potential than the Soviet Union ever did?

On his Asia tour, President Trump spoke of the "Indo-Pacific," shorthand for the proposition that the U.S., Japan, Australia and India form the core of a coalition to maintain the balance of power in Asia and contain the expansion of China.

Yet, before we create some Asia-Pacific NATO to corral and contain China in this century, as we did the USSR in the 20th century, we need to ask ourselves why.

Does China, even if she rises to surpass the U.S. in manufacturing, technology and economic output, and is a comparable military power, truly threaten us as the USSR did, to where we should consider war to prevent its expansion in places like the South China Sea that are not vital to America?

While China is a great power, she has great problems.

She is feared and disliked by her neighbors. She has territorial quarrels with Russia, India, Vietnam, the Philippines, Japan. She has separatists in Tibet and Xinjiang. Christianity is growing while Communism, the state religion, is a dead faith. Moreover, the monopoly of power now enjoyed by the Communist Party and Xi Jinping mean that if things go wrong, there is no one else to blame.

Finally, why is the containment of China in Asia the responsibility of a United States 12 time zones away? For while China seeks to dominate Eurasia, she appears to have no desire to threaten the vital interests of the United States. China's Communism appears to be an ideology disbelieved by her own people, that she does not intend to impose it on Asia or the world.

Again, are we Americans up for a Second Cold War, and, if so, why?