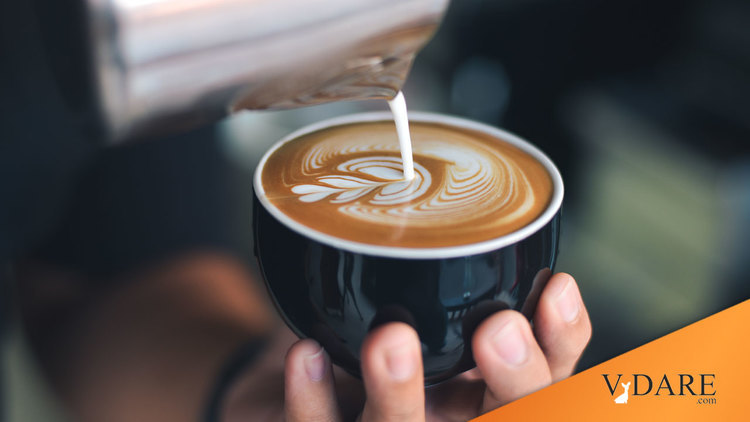 Gentrification seems to have halted the transformation of Oakland CA into just another Third World disaster like Detroit MI, Baltimore MD, or Camden NJ. But unfortunately for those trying to return a great metropolis to the civilized world, racially-motivated black radicals are doing their best to ensure Oakland remains a dysfunctional Chocolate City.

Oakland was notorious in the late 1960s as the birthplace of the Black Panther Party. After that thinly-disguised criminal gang collapsed, blacks abandoned the pretense of opposition to the system and achieved political power with the election of Lionel J. Wilson, Oakland's first black mayor and close ally of the Panthers. [The Role of the Black Panthers in Oakland Politics, . By J. Douglas Allen-Taylor, Race, Poverty, and the Environment, Spring 2010]

But since then, paradoxically, liberal whites empowered by Google, Facebook, and radical environmentalism have retaken the Bay Area in a campaign of ethnic cleansing far more effective than anything dreamed of by the Klan. [Green Disparate Impact, by Thomas Sowell, Creators Syndicate, January 15, 2008]

And blacks don't like it. They thought Oakland was “theirs” And some of them are throwing a tantrum.

As an unintentionally hilarious article in the San Jose Mercury News tells it:

Steve Kopff was one of many San Franciscans who cascaded last year into sunnier, cheaper, hipper Oakland.

He bought and began restoring a historic but rundown mansion. He planted vegetables, raised backyard hens and bees, launched a neighborhood newsletter and peppered his Facebook account with paeans to his new city.

But this year, Kopff became a scorned symbol of the angst over Oakland gentrification. He wrote an online essay describing his diverse, working-class neighborhood east of Lake Merritt as "mostly undiscovered" and a "virtual food desert" in need of an organic supermarket, better restaurants and "a coffee kiosk with patisserie bites."

The entrenched forces of diversity were quick to respond that “patisserie bites” was, in effect, the new code word for white supremacy:

Online critics swiftly labeled him a pushy colonizer with a "white settler mentality." They denounced him as representing a wave of tone-deaf newcomers trying to remake the city in their own image without consulting their African-American, immigrant and lower-income neighbors who held it together for years.

Kopff’s essay was evidently especially offensive because his home was once the headquarters of the revealingly-named “Center for Third World Organizing,” before being turned into housing for SWPLs.

In what has become a disturbingly common response to outbreaks of free speech by American whites, Kopff’s outlet essentially rescinded its own work:

The website that published Kopff's essay, OaklandLocal, agreed with him to remove it after three days of furious comments. It also published his neighbor Dannette Lambert's counter-perspective, "20 ways to not be a gentrifier in Oakland," that further exposed tensions between new and established Oaklanders.

(Kopff’s essay [District southeast of Lake Merritt organizes to create neighborhood of their dreams, January 25th, 2014] can be viewed as a PDF here, the original URL now has a note saying “Oakland Local is restoring this page so that comments can be seen.” but comments are now closed.)

Dannette Lambert is a local Democrat Party operative and a “Community Services Coordinator”—another nominally black, light skinned “community organizer” like the head of state of our Minority Occupation Government.

As female West Coast variant of Spike Lee, Lambert believes that blacks have the right to take over once-white neighborhoods, but whites should not be allowed to live in areas blacks claim.

Interestingly, her rant had an anti-immigrant implication:

Adopting an analogy commonly used against immigrants—of a presumptuous houseguest rearranging the furniture—Lambert advised newcomers to be more considerate.

"Why do you think you can move into someone's ancestral land and start taking it over, evicting them from their homes and pushing out their businesses?" wrote Lambert, who moved to the city eight years ago.

But, somehow, we can assume Lambert finds such objections illegitimate when expressed by Americans protesting the immigrant invasion of their country.

Nor are we likely to see Lambert make the connection to the displacement suffered by American whites during the mass black migration to California known as the Second Great Migration..

Lambert sustains her argument with predictable rhetoric about how Oakland’s blacks are oppressed by an all-powerful white political and law enforcement structure. For example, she writes that whites who don’t want to be considered gentrifiers should,

5. Really think before you call the police. Ask yourself, is this something that can be fixed by a simple conversation? Did a violent crime just happen? Then, of course you should call the police! But your neighbor playing their music too loud is not a police issue. Remember many communities have experienced, and still experience, real trauma at the hands of the police. While you may think a person has nothing to fear if they didn’t do anything wrong, an African American will always be holding Oscar Grant and Alan Blueford in their mind. A simple interaction with the police can trigger the collective PTSD from which the entire community suffers.[Links added]

The casual portrayal of an entire community as suffering from Post-Traumatic Stress Disorder because of its tribal identification with black thugs would be called racist if it were said by a white person (well, a more white person.)

Yet it would take a heart of stone not to laugh at Lambert’s next piece of guidance:

6. Remember low-income communities and communities of color are suffering from hundreds of years of historic trauma and this trauma is very fresh in the minds of most Oaklanders.

Hundreds of years? All the first colonists in Otown were white, either Spanish or American. There are no local Indian tribesmen left and most black people have been in Otown for only 70 years.

But Lambert—herself a recent “immigrant” from elsewhere in America—shamelessly claims Oakland as black “ancestral land.” Evidently, arriving in Oakland in the 40s and not capturing the mayoralty until 1977 is sufficient to make Oakland, California, a sacred realm to the sons and daughters of the Dark Continent

7. Recognize most of the perpetrators of crime in Oakland have also been the victims of a system you have benefitted from disproportionately.

Lambert herself, who is in fact a participant in the very ruling system she claims to oppose, bemoans the “historic trauma” of the Third World denizens of Oakland and America. But the real trauma is that suffered by Americans who built some of the greatest cities in the world, only to see them utterly destroyed by black criminality, corruption, and incompetence.

Rather than developing an interracial partnership with their fellow Democrats to make cities better for everyone, Oakland’s African-Americans find it more amusing to declare jihad against insufficiently diverse organic foods frequented by people of the wrong color. Civic virtue can hardly be found among a resentful, entitled “community” that prefers a scorched earth policy to tolerating fair trade coffee.

Liberal whites are turning the urban tide through gentrification, no doubting feeling guilty about it the entire time. Despite themselves, they are saving Oakland from suffering the fate of the many mini-Mogadishu’s that litter the landscape of the formerly proud country that the historic American nation was once honored to call home.

The Democratic coalition is fragmenting as liberal whites take back the cities—one coffee kiosk at a time.