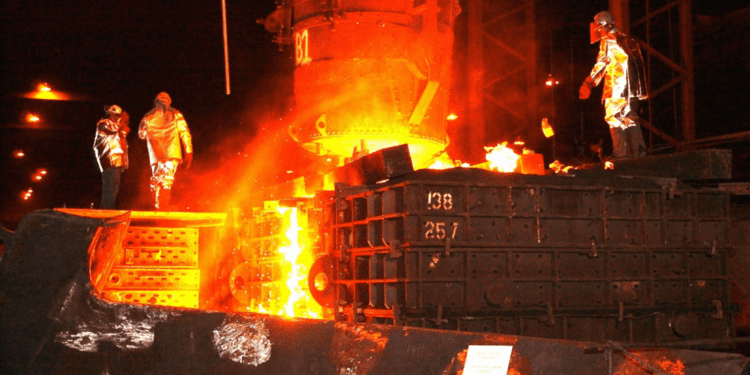 Is the Great American Job Machine running out of gas? The U.S. added 130,000 new payroll jobs last month, down from an average 173,000 over the past 12 months. Wall Street had been expecting a gain of 160,000 according to Bloomberg. The Main Stream Media saw this as damage from Trump’s intensifying trade war with China as well as a slowing global economy. [Hiring Slowed in August, but Wage Gains Accelerated, By Nelson D. Schwartz, NYT, September 6, 2019]

But employment data in the “other” employment survey was far more encouraging. A whopping 590,000 new jobs were created in August, according to the Household Survey. That was nearly twice the growth reported in July. (Month to month changes in the household survey are capricious. The problem: It is a fairly small survey: 60,000 households surveyed in a labor force of 130 million households. BLS says the statistical confidence interval for the survey is 500,000 jobs, meaning that for any given month the “true” job growth may be half a million jobs on either side of the reported job figure. So statistically speaking, August’s robust household job growth may be identical to July’s anemic growth. Over time the statistical noise gets washed out. The long-term displacement trend is stable.

From VDARE.com’s immigration-focused viewpoint, one that is still almost unreflected in the MSM, there was some bad news: August marked the end of the remarkable three-month stretch during which native-born Americans gained jobs while immigrants lost them—a notable reversal of the long-run trend: Native-born American workers lost ground to their foreign-born competitors throughout the Obama years. This accelerated significantly in the months leading up to the 2016 election.

American Worker Displacement in August (116.4) ranked 12th highest level among the 128 months we’ve tracked since January 2009. The all-time displacement high, 123.0, was set in April of last year—well into Trump tenure.

Our tag line, “As far as job growth is concerned, ‘America First’ has not translated into Americans First,” is still valid; but there are still some signs of its demise.

Overall, from January 2017 through August 2019, Trump has presided over a labor market in which immigrants gained 1.296 million jobs, a 5.0% increase, while native-born Americans gained 4.5 million, a rise of 3.6%.

Despite the August setback, that percentage gap in job creation under Trump—1.4 percentage points in favor of immigrants—is still strikingly low. As recently as April of this year it was 7.1%; immigrants gained 2.3 million jobs, an 8.9% rise, while native-born Americans gained 2.264 million, a rise of 1.8%.

Immigrants held 17.28% of jobs in August, up slightly from 17.14% in July. August marked the end of the five-month period during which the immigrant share of total employment declined. These numbers are not seasonally adjusted, so year-over-year comparisons may be more representative of the long-term trend. The record immigrant job share (18.08%) was recorded in April 2018.

This trend is even more dramatic when we look at the foreign-born workforce population.

This is falling so fast that it raises the possibility that the immigrant workforce may be about to shrink, as it did briefly and gloriously in the early months of the Trump Administration when the “Trump Effect” was working.

One reason for this fall may be that the Administration seems finally to be getting a grip on the influx at the southern border.

Other good news: Data in the August BLS report show that on three important metrics—working-age population, employment, and labor force participation rate—native-born American workers outpaced immigrants by a considerable multiple over the past 12 months. (See table below.)

Despite all the talk of unfilled positions and a labor shortage, the August BLS data show 5.3 million native-born adults are unemployed and another 80 million are not in the labor force. Companies are offering flexible working hours with work at home options to stay at home parents, full time students, workers, and recent retirees. They are hiring people with disabilities, dropping education requirements, and waiving background checks.

Bottom line: This is a formidably strong economy and it has been swamping the effects of immigration. The last few months have been especially good for native-born Americans.

We continue to be baffled why Americans appear suddenly to be reclaiming their job patrimony. No single policy change that has been implemented (as opposed to proposed) seems significant enough to account for it. Perhaps it is the cumulative impact of private sector efforts to accommodate irregular workers listed above. But the phenomenon has gone on for long enough that it must be acknowledged. Should it continue, political victory for the Republican ticket becomes ever more likely in 2020.

Of course, it might not continue. Over the long haul, only legislation can protect American workers from displacement and wage depression.

But incredibly, more than three years after Trump’s great victory, GOP Senators are still on the donor-driven immigration bandwagon. These turkeys are voting for Christmas: Current immigration-driven demographic drift is suicidal for the GOP.