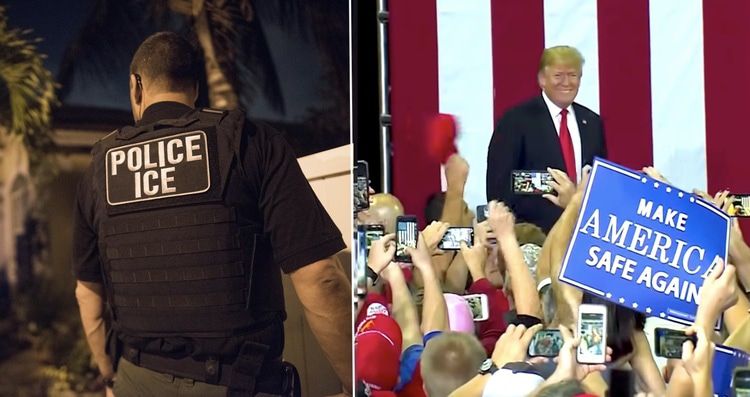 Immigration raids launched  in Mississippi by the Trump Administration are said to be "the largest single-state immigration enforcement operation in our nation's history."

There have been 680 arrests at a Mississippi food plant. When this happened on a smaller scale in 2008, American workers in the plant that was raided clapped and cheered as the illegals who'd been displacing them were led away in handcuffs.

One worker caught in Monday's sweep at the plant said fellow workers applauded as immigrants were taken into custody. Federal officials said a tip from a union member prompted them to start investigating several years ago.

Shortly after that, there were reports of lineups for jobs at the plant.

The illegals, at the time, seemed put out about the cheering.

If you're wondering if it was "racist" for the American workers to cheer, then the answer is "Probably," but they wouldn't care. You see, they were Mississippi food plant workers...and that means they were mostly black.