Memo From Middle America: All Mexican Pols Are Meddlers—But One Good Tweet Could Blow Them Sky-High.

Hysteria continues over alleged Russian meddling in the 2016 election, while America’s Political Class seems to not care about the Mexican meddling which has gone on for years. It's almost as if our political class doesn't see Mexico as a real country, just as a source of cheap labor—and votes. And recent developments show that meddling would continue under a “conservative” Mexican President. 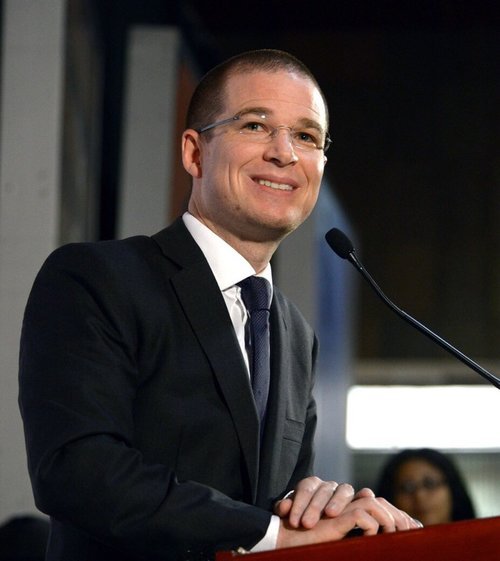 Mexico has a presidential election on July 1, although according to Mexican campaign law the campaign doesn’t officially start until March 30th . There are three major candidates, each representing a coalition of parties:

U.S. Conservatism Inc. commentators have an exaggerated view of the importance of Mexican elections. (Remember the Vicente Fox fan club?).Trump has already been blamed for AMLO’s possible victory. But whatever differences the Mexican candidates have among themselves, when it comes to U.S. immigration, they are all for Open Borders. I don’t think it matters a hill of beans who wins in Mexico—if we have good, effective and patriotic leadership here

Thus AMLO has already pledged to get the United Nations to stop us building a wall:

If he [Trump] insists on building the wall, we’re going to turn to the United Nations to defend the rights of Mexicans. I’m conscious of my historic responsibility.

This should have been a major issue, and really something Trump could run with. But it was mostly ignored in the American MSM. [Meet the Mexican presidential hopeful who campaigned in California by Luis Gomez, San Diego Union-Tribune, March 9, 2018)

Anaya went to San Francisco and visited Janet Napolitano, currently president of the University of California. Both agreed that “the DREAMers must be protected”. ['Se debe proteger a los dreamers' coinciden Anaya y Napolitano [“The Dreamers Must Be Protected”] by Ernesto Mendez, Excelsior, March 3, 2018]

Excelsior reported that in a press release about the encounter, “Ricardo Anaya emphasized that the Mexican migrants deserve respect and their children [i.e. young illegals, brought by their parents] protection.”

What the candidate means by “respect:” illegals should not be deported, nor even made to feel uncomfortable.

In other words, Anaya, like other Mexicans, sees Mexicans and Mexican-Americans as one group. Does Russia have 35 million co-ethnics on U.S. soil that it is trying to mobilize?

Of course, Anaya complained about Trump.

The candidate...expressed his concern about the policies which the current president Donald Trump seeks to solidify, with the more than 600,000 DREAMers who could be deported to Mexico. He [Anaya] also considered it reprehensible that the future of these young people, who know no other home than the United States, is being threatened and used as a bargaining chip in political negotiations.

Wait a minute. Anaya says the DREAMERs “know no other home than the United States”—but they’re also included in his 35 million Mexicans figure.

Remember the visit that Candidate Trump made to Mexico during the campaign? Well, Anaya is still griping about that:

After Donald Trump had been insulting the best that Mexico has in the United States, they dared to put out the red carpet so he could be received in Los Pinos, as if he were a chief of state. …the humiliation of the Mexican people was consummated.

But as an opponent of the PRI, Anaya wants the public to associate the PRI with Trump.

In speaking to the immigrants in LA, Anaya really laid it on thick, in singing the praises of Mexicans in the United States:

For us, in Mexico, you all are heroes, you are the ones who dared to dream and who have made that dream a reality.

Anaya listed the virtues possessed by the Mexican migrants:

He who is egotistical cannot be a migrant. The migrant is generous, generous with himself and with the others, with his family.

….don’t do it to hurt anybody, but to get themselves and their families ahead , to work in an honorable, honest and intense manner.

Wow, these are such great people, why would you want them to leave Mexico?

Anaya offered words of comfort for Mexicans in the U.S. who’ve had their feelings hurt:

I want to ask you all, with my heart in my hand, that each time you hear an aggressive or denigrating expression, that you remember that in Mexico, you all are heroes of the fatherland, the courageous, the entrepreneurs, the generous, those who dared to cross the border to give a better future to your family. Do not forget that you are not alone, that you are not alone, that all Mexico is with you and that when I am president, I will always be on your side.

So there you have it—the words of the standard bearer of Mexico’s “right wing,” “pro-American” party. He’s telling his countrymen it’s OK to break American immigration law and that Mexico will defend them against Americans once they get into the U.S.

How much more meddlesome can you get?

But, to paraphrase VDARE.com Editor Peter Brimelow’s comment on the U.S. immigration debate, one good tweet could blow this Mexican Meddling sky-high.