So Joe Biden has selected Kamala Harris—who once said that she believed the women who had accused Biden of groping them [Flashback: Kamala Harris said she believed women who accused Biden of inappropriate touching, by Adam Shaw, Fox News, August 12, 2020]. Despite the King-era cliché that we should judge a person “not by the color of their skin but by the content of their character,” Biden has chosen someone of questionable loyalty who just happens to be a woman and who just happens to 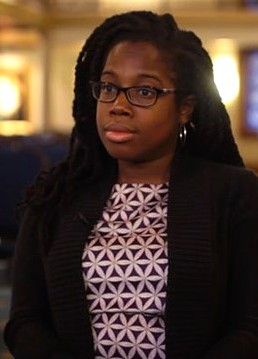 be “Black.” As the New York Times has headlined: “We Got a Black Woman on the Ticket. At Last” [by Chryl Laird, pictured right,  August 11, 2020]. But of course we have not. By no reasonable definition is Kamala Harris “Black,” or even an “African-American.”

Even Barack’s Obama’s claim to be an “African-American”—with all that this implies about ancestors who struggled through slavery, Jim Crow, poverty and intense racial prejudice—was pretty tenuous. Obama was as much a white American as he was a black American; as much America’s 44th white President as its first black one. And his father, far from having slave ancestors, was part of the Kenyan upper class. But it seemed to make liberal whites and blacks alike feel good to believe that “America’s Half-Blood Prince” was, somehow, the first African-American Commander in Chief.

Kamala’s claim to be “African-American” is even more tenuous. As law professor David Bernstein has pointed out, legally it comes down to her having some African ancestry combined with her feeling that she is African-American [Is Kamala Harris Legally African American, Indian, Both, Neither, or Something Else?, The Volokh Conspiracy, August 11, 2020].

As with Obama, Kamala’s claim to be “African-American” is only via her paternal line anyway. Kamala Devi Harris’s mother, Shyamala Gopalan (1938-2009), was an academic from Tamil Nadu in India who came to America in 1960. She was the daughter of a senior Indian civil servant.

Not only that, but the Gopalans are Brahmins, the highest of India’s four castes. So, to be clear, Kamala has benefited from a huge amount of hereditary “privilege.” Caste-discrimination is built into India’s strictly hierarchical caste system, in which there are thousands of sub-castes. Even now, it is often a serious problem in India to marry outside your sub-caste. The low caste “Sudra” are systematically discriminated against and the “Untouchables,” who are outside the caste, system are often treated worse than animals: They may not enter temples; they are forced into the most degrading jobs; are beaten up, raped and killed by higher castes; and, in some cases, they may not look at a higher caste or even be outside during the day, lest their shadow touches the shadow of a higher caste, making the higher caste ritually impure [See Purity, Impurity, Untouchability: Then and Now, by A.M. Shah, Sociological Bulletin, 2007].

If whites should feel guilty due to slavery, it is nothing to the guilt that Kamala should feel for having ancestors who were at the very top of such a system. 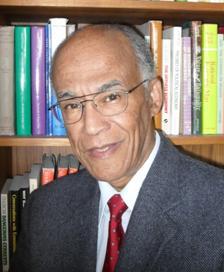 Kamala’s claim to be “Black” rests on her father, a Jamaican academic called Donald J. Harris, who arrived in America in 1961. Donald, a retired Stanford professor, is noticeably light-skinned and looks as though he is about half-African. And this is consistent with Donald’s own knowledge of his family history. It is clear from pictures that his paternal grandmother, “Miss Chrishy Brown,” was a mulatto. His maternal grandmother, Iris Finnegan, is also relatively light and Europeanized in her looks, though to a lesser extent than his paternal grandmother [Kamala Harris’s Jamaican Heritage, Jamaica Global, January 13, 2019].

It has been estimated that the average black Jamaican may be as much as 16% genetically white [Admixture and population stratification in African Caribbean populations, by J. B. Torres et al., Annals of Human Genetics, January 2008] due to inter-mixture on plantations and simply due to the mixed nature of the Jamaican population, which is currently 90% black, 7% “mixed” and 3% white, Chinese or South Asian [Who is Jamaica?, by Carolyn Cooper, New York Times, August 5, 2012].

So it is extremely unlikely that the husbands of Donald’s light grandmothers would have been 84% black. A reasonable estimate would be that Donald is about 50% black, meaning that Kamala is, at the best, “America’s Quarter-Blood Princess.”

In his interview in Jamaica Global, Donald claimed to be descendant of the slave-owner, slavery apologist and sometimes Jamaican Member of Parliament Hamilton Brown (1776-1843) via his grandmother. This is possible and a genealogical investigation has found hints that this might be the case, concluding, however, that it is unproven [U.S. Sen. Kamala Harris is descended from the 19th-century slave owner Hamilton Brown, by Dan MacGuill, Snopes, July 2, 2019].

What is more important is to emphasize that at a time when we are obsessed with “privilege,” the daughter of two senior academics—benefiting from immense “cultural capital”—is hardly in a position to accuse of “whites” of having “White Privilege.” A high caste woman, whose recent ancestors benefited immensely from the caste system, would also be a hypocrite to talk about “White Privilege.”

And a woman who is no more that 25% African, and who anyway would visually pass as Hispanic, should not be referring to herself as “African-American,” with all of the emotional weight that implies.

With two non-American parents—and spending her formative high school years in Canada—if Kamala Harris is anything, then she is an “Immigrant-American.”