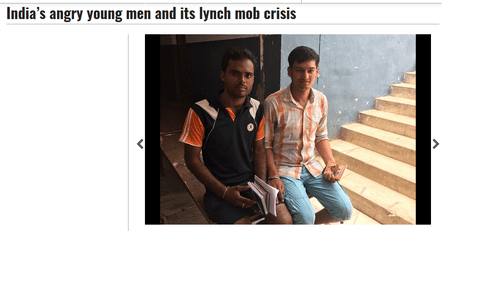 According to the Washington Post, India is experiencing an emergency of violence where gangs of Hindu men are killing muslims or whoever ticks them off. It’s been a “summer of rage.”

The background of history regarding Hindu-muslim relations in India is not promising. The violence following partition in 1947 was shocking, with between one and two million killed in the fighting that occurred during the migrations to newly created Pakistan.

Some of the causal factors in the current violence are familiar, such as a lack of jobs in a growing population. But another is the “bachelor bomb” caused by sex-selection abortion prevalent in the misogynous culture, leading to 37 million unmarried men. That many young men adrift without a family is a recipe for trouble. 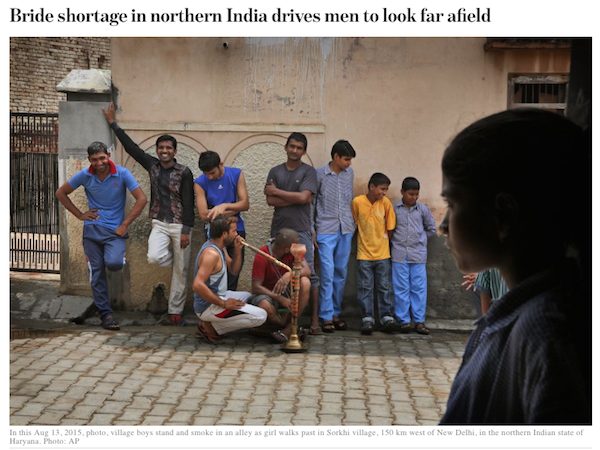 Indians believe their culture is superior, when a critical examination suggests otherwise — see my 2007 Vdare article, Dogs, Frogs and Dalits: The Indian Model Minority Has A Dark Side.

Which brings up the topic of immigration — a lot of Indians are coming here to live. Why? We could choose better. Remember, the employable H-1b Indian can bring in his no-account relatives in a few years via chain migration.

And why is America the flophouse for the world? Uncle Sucker needs to stop — in which case, sender countries would have to reform and improve themselves. Win, win. 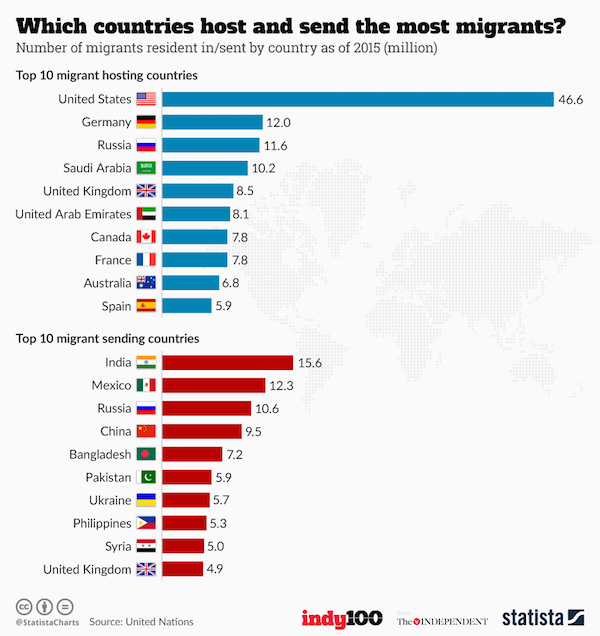 The Post’s article was reprinted in a Savannah paper:

GOVARDHAN, India – The two young men at the leadership camp were soft-spoken yet assured, from well-off families, wearing aviator sunglasses and flip-flops.

The right-wing activists say they have beaten men they suspected of violating core Hindu beliefs and threatened interfaith couples because they fear Muslims are stealing their women. They say they’re ready to kill for their faith if necessary.

It’s been a summer of rage in India. Dozens have been killed by lynch mobs, and extremist Hindus continue to assault and kill others, many of them Muslims. In the latest viral video, religious pilgrims angered over a minor traffic incident used sticks to demolish a car as police looked on.

Much blame has been cast on India’s governing Hindu nationalist Bharatiya Janata Party (BJP) and Prime Minister Narendra Modi, with critics charging that they have encouraged violence by Hindu extremists. But India’s problem of male rage has roots beyond the strident Hindu nationalism embraced by the current government.

India has more than 600 million people under age 25, and they have greater access to technology and education than ever before. Yet millions have little hope of finding decent jobs, and a “bachelor bomb” of more than 37 million surplus men – a legacy of generations of a preference for sons and aborting female fetuses – threatens social stability for decades.

“People are frustrated that they are not being able to get jobs,” a leader from Modi’s party, Vasundhara Raje, told the channel CNN-News18. “There is angst which is spreading across communities and people. . . . It’s a reaction to their circumstances.”

More than 1 million job seekers enter the labor market each month, many with poor English and inadequate job skills, but the country generated only 1.8 million additional jobs last year, according to the Center for Monitoring Indian Economy, a research firm. Modi says the number of new jobs last year was closer to 7 million.

Without solid prospects, many young men are gravitating to India’s growing right-wing nationalist organizations, where they find a sense of purpose. (Continues)