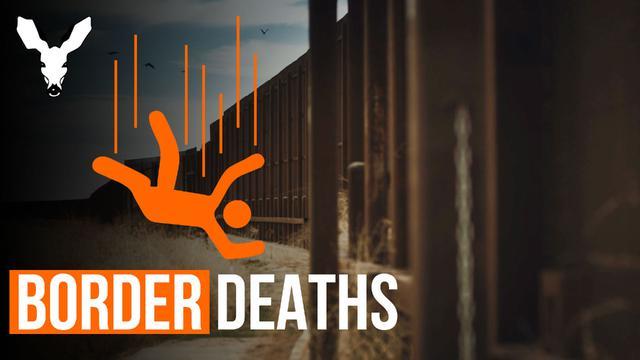 JOHN DERBYSHIRE: Harden Our Hearts—Or Let The Third World In. Is There Another Option?

My VDARE.com colleague Allan Wall just posted something about illegal aliens who die trying to cross our southern border. They drown crossing the river, they die from thirst or exposure, they fall when trying to scale border barriers, they suffocate in smugglers‘ crowded, unventilated trucks, and so on.

Allan won‘t get any arguments from me about what he says in that piece. I‘m on board with him a hundred percent.

I will, though, warn him that he‘s setting himself up there to be portrayed by Open-Borders Progressives as a hard-hearted monster.

How do I know this? Back in February 2006 I was having some exchanges with Jonah Goldberg at National Review Online. One of my exchanges included the following:

In between our last two posts I went to Drudge to see what was happening in the world. The lead story was about a ship disaster in the Red Sea. From the headline picture, it looked like a cruise ship. I therefore assumed that some people very much like the Americans I went cruising with last year were the victims. I went to the news story. A couple of sentences in, I learned that the ship was in fact a ferry, the victims all Egyptians. I lost interest at once, and stopped reading. I don‘t care about Egyptians.

That earned me a spell of infamy. Commentators all over were gasping in horror at what a shameless brute I was for not caring about Egyptians.

It was quite a spell. Five years later, save-the-world neocon Peter Wehner [Tweet him] brought it up in an argument about U.S. aid to Africa [Responding to John Derbyshire (Again), Commentary magazine, December 8, 2010]. Gentry liberals of course went nuts [Derbyshire Award Nominee, by Andrew Sullivan, Daily Dish, February 4, 2006]. For a while there I was the poster boy for Callous Conservatism, the guy who didn‘t care about dead Egyptians.

We usually consider it normal to be fairly unconcerned about the fate of strangers even in our own metropolitan areas, which might be less justifiable, but modern humanitarian politics dictate that we must be deeply moved and compelled by the suffering of people, with whom we have no connections, on other continents. Derb‘s reaction is perfectly natural and normal, and confirms what Dr. Fleming has had to say about natural affinities, charity and the “pornography of compassion.“

(The “Dr. Fleming“ there is veteran paleocon Thomas Fleming, formerly editor of Chronicles magazine, now President of the Fleming Foundation.)

Reflecting on all that sixteen years later, on the rights and wrongs of it, the furthest I‘ll walk back what I wrote is to admit I was tactless.

Reading a news item about Egyptians being drowned and murmuring, “How dreadful! Those poor people,“ is another one of these little excusable hypocrisies. Saying out loud that you don‘t care about dead Egyptians is a breach of the code, although a tiny one. Some truths are best left unspoken, so long as they are understood.

So, what about these people dying while trying to cross into our country illegally? I have to say I don‘t think polite hypocrisies are totally appropriate here. These people are dying in the course of committing a crime, like a burglar in your house falling down your stairs and breaking his neck.

Yes, I know: some of those dying are little kids who don‘t know they‘re involved in a crime. For them, the little hypocrisies of concern are appropriate, and I‘ll nod along with them. They‘re still hypocrisies, though.

We all know those lines from the Elizabethan poet John Donne:

Each man‘s death diminishes me,
For I am involved in mankind.
Therefore, send not to know
For whom the bell tolls,
It tolls for thee.

It‘s a noble sentiment, but not a true one.

We are of course all going to die, and each death is a sad loss for family, friends, and colleagues. The death of a child is especially distressing to those who knew him. Beyond that small circle, though, who feels diminished?

If the deceased was a public figure, admired or loved by millions, those millions may indeed feel themselves diminished. Public figures like that are, however, only a minuscule portion of those who leave this life every day.

And yes: strictly personal feelings aside, our natural tribal emotions can be stirred more when we hear of our own countrymen dying than when it‘s foreigners. My emotions are stirred more thinking about the tens of thousands of deaths among Americans caused by fentanyl smuggled across the border than by Guatemalan illegals dying of thirst in the southwestern desert.

There has been war going on in the Congo more or less continuously since the late 1990s, with a death toll so big it‘s not known even to the nearest million [Review of Congo war halves death toll, NBC, January 20, 2010]. It‘s barely been mentioned in our media.

Have you felt diminished by those untold millions of deaths? No, me neither… Oops, there I go again.

And the deaths of illegal aliens trying to gatecrash civilized countries is something we are going to see a lot more of in years to come; at our own borders and in Europe. Random headlines from the past few days:

Get ready for a lot more news stories like that—a lot more—these next few years, as more and more Third Worlders abandon their own hopeless countries and seek to enter ours.

We can harden our hearts, or we can let ‘em all in. Is there a third option?