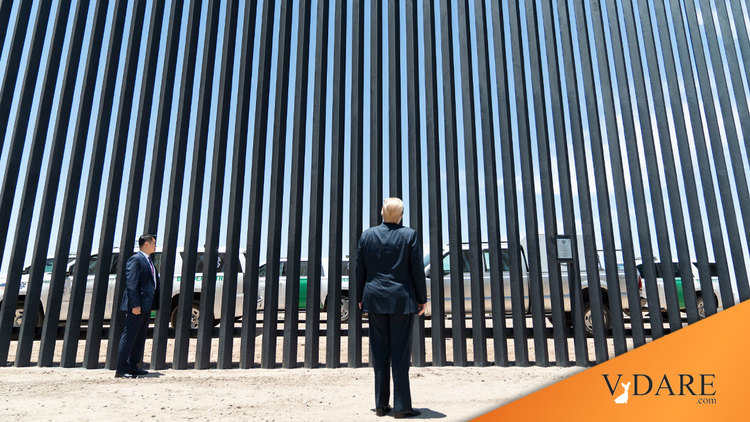 The picture is from a Washington Post sob story:

Since 2019, when it was raised to 30 feet along much of the border in California, the number of patients coming to UCSD Medical Center’s trauma ward after falling off jumped fivefold to 375. wapo.st/3MCKcio

That would be their problem:

The Washington Post says that where border was erected it must be dismantled because....wait for it...illegals are getting hurt attempting to scale it!

Anyone appealing to compassion is nefarious or, in this case, traitorous.https://t.co/ZwEhhjvuSD

This has to be counted a success for Trump.

A Reader Wonders Why Trump Isn't Putting Razor Wire On The Fence. The Answer Is He Tried, But Subordinates Refused