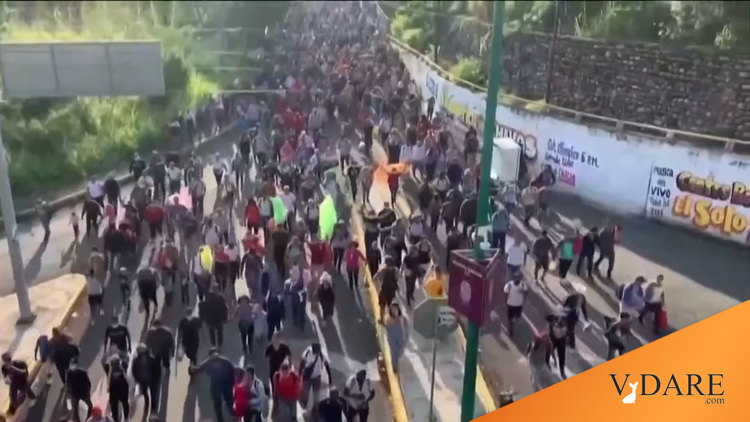 News From The Border: Texas' Own Wall, A Rancher's Fence, And Mexican Illegals Being Sent Into The Desert

I have contacts on the Border, and this what I'm hearing, that hasn't made it into the MSM yet.

I’m told that in Del Rio, Texas the state of Texas is taking used Conex containers and stacking them along the border to create their own border wall. Perhaps, they can store the illegal aliens in them too?

Over in the Rio Grande Valley, one of the ranchers whose ranch is along the Rio Grande River paid $3 million to build a 25-foot steel fence on his property. The local county government wanted to increase his taxes, saying that he had made a $3 million improvement to his ranch. So, the rancher researched all the times the local county government offficials claimed that Trump building a wall along the border would drive down home prices.  After some fighting, the county finally agreed not to increase the rancher's property tax.

There are still rumors of big numbers of illegal aliens on their way up from southern Mexico. The numbers are so large that the Plaza bosses, the local cartel heads, have been getting angry about them. Supposedly, the Plaza bosses have started threatening some of the caravan organizers.

The rumor goes that the caravans are still coming and may try to do a banzai style run through the POEs. The local CBP Officers and Border Patrol Agents would be overwhelmed if they did.

US forces closed border and firing tear gas. They also got permission from President Trump to use "lethal force".

Over in Arizona, the fake refugees tend to go straight to the Ports of Entry (POEs) to surrender and be let in. In the meantime, the smugglers of Mexicans have switched tactics. Because a group of 60 is easier to spot out in the desert, they are now sending in illegal Mexicans in pairs or small groups. This makes it harder to catch the smaller groups, but it also increases the likelihood that the pair will get lost in the desert without a guide.