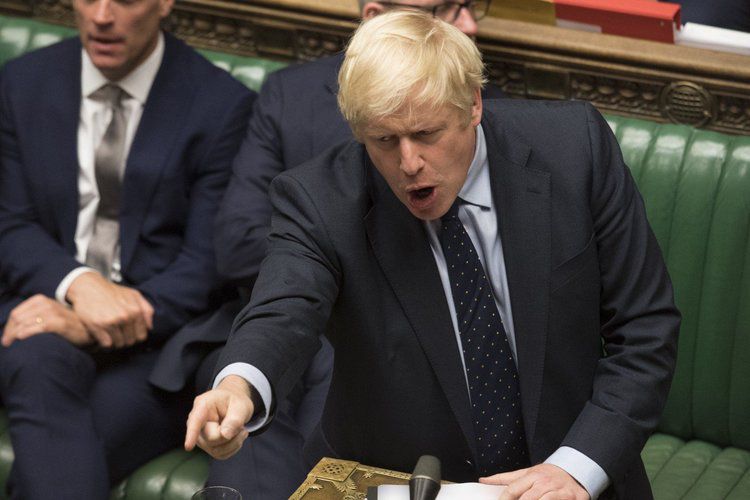 John Derbyshire: Cosmopolitans vs. Communitarians—What The Battle Over Brexit Means

The big news this week was Brexit—one manifestation of a trend now visible all over the Western world including the U.S.: cosmopolitans vs. communitarians.

The story so far:

Three years and two months ago the British people voted in a referendum to leave the European Union, the EU. The vote was 52 percent Leave to 48 percent Remain. The government and the media, however, had been propagandizing and scaremongering for all they were worth in favor of Remain, so the vote probably underestimated support for Leave. The Prime Minister himself, David Cameron, was a strong Remainer.

Cameron did the decent thing and resigned. His party, the Tories, got a new leader, and Britain a new Prime Minister, Theresa May. Strange to say, Mrs. May was also a Remainer. She swore, however, that she would faithfully execute the people's will.

Mrs. May then dickered ineffectually with the EU bureaucracy for two years, trying to get a favorable withdrawal deal. You could see her heart wasn't in it, though, and when a deal was finally reached last November, it was awful—basically a document of surrender to the EU suits.

The House of Commons had to vote to ratify the agreement. Instead of ratifying, they voted it down—three times! That was in spite of Mrs. May's party—still the Tories—controlling the House.

This July Mrs. May also did the decent thing and resigned. The Tory Party and the British government got a new leader, Boris Johnson. He promised Britain would leave the EU on October 31st, come hell or high water, deal or no deal, and packed his cabinet with people who agreed with him.

His Members of Parliament were still split, though. A lot of them were Remainers of various strengths, a British equivalent of Never Trumpers. A big bloc assumed a sort of Saint Augustine position: "Yes, of course we want to carry out the will of the people … but not yet. Let's go back to the EU, get an extended deadline, see if we can get a deal …"

To further complicate matters a new single-issue party, the Brexit Party, has come up on Johnson' flank and is polling well.

Johnson's next idea, to restore his authority, was to call a general election. That needs a two-thirds vote in the House of Commons, though, and he didn't get it.

Johnson's not totally out of options [Boris Johnson can STILL get Britain out of the EU on Oct 31—by forcing EU to KICK us out, by Katie Harris, Express, September 6, 2019]. Polling shows healthy majorities for a no-deal Brexit on October 31st—especially if you include the new Brexit Party. As a Third Party, they would of course split the Leave vote in an election. However, if the Brexit Party were formally to ally with the Tories in a coalition party, putting forward single candidates on a joint ticket, they'd win easily.

That's where we are at week end.

While this battle is being fought out in Britain's House of Commons, the underlying political and constitutional issues are wide and deep.

Take for example the issue of kritarchy that has been giving VDARE.com so much trouble recently. "Kritarchy" is, as we've been at pains to point out, a perfectly good and respectable word meaning "rule by judges."

As I noted the other day when advertising Christopher Caldwell's brilliant Brexit piece at Claremont Review of Books, Caldwell says correctly that Britain was never a kritarchy. Heck, Britain didn't even have a written constitution before she joined the EU. Now, implicitly, she has one. Since 2009, in fact, Britain even has a Supreme Court, may the filthy thing rot in hell. 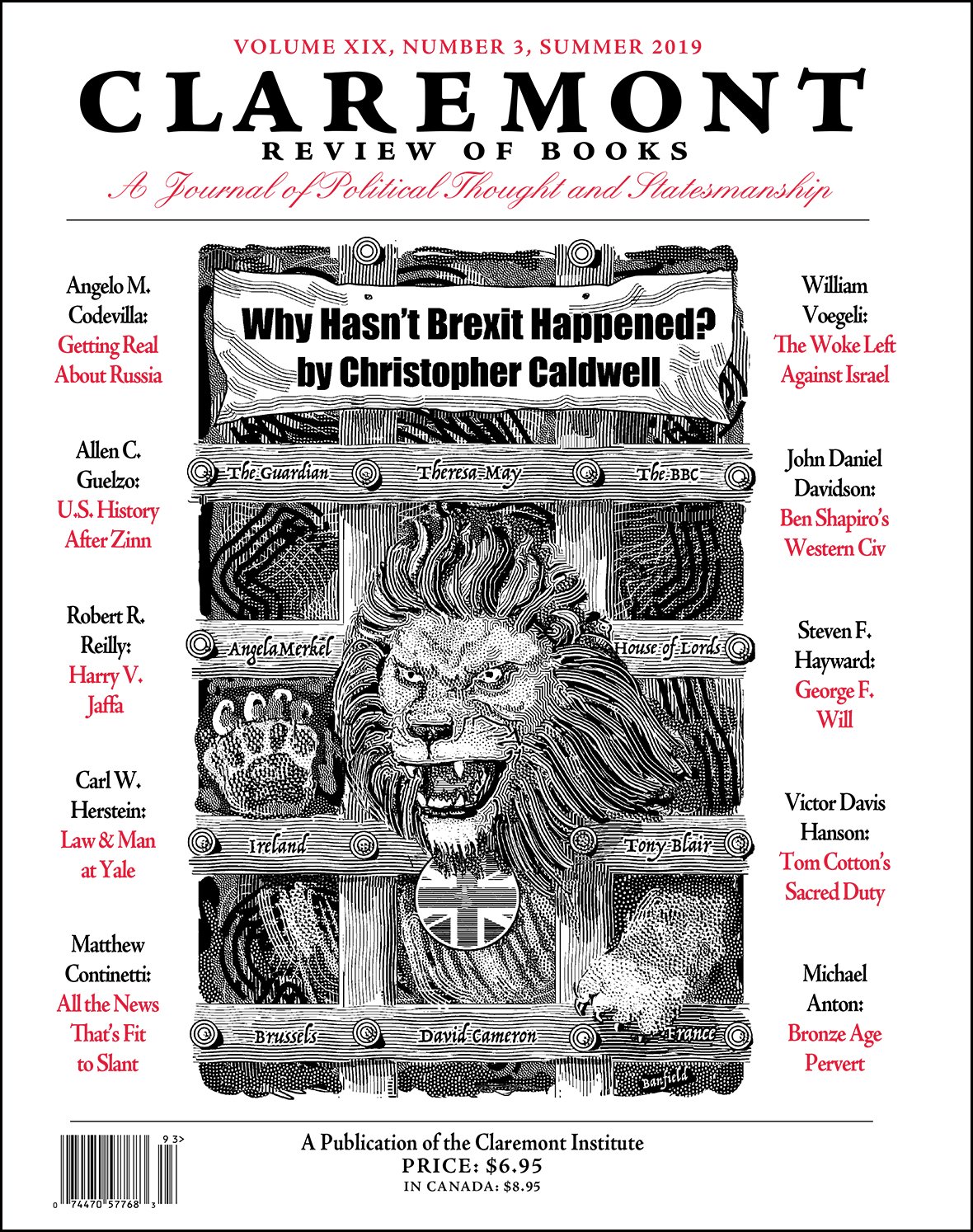 The transfer of competences from legislatures to courts is a superb thing for the rich, because of the way the constitution interacts with occupational sociology. Where the judiciary is drawn from the legal profession, and where the legal profession is credentialed by expensive and elite professional schools, judicialization always means a transfer of power from the country at large to the richest sliver of it. This is true no matter what glorious-sounding pretext is found to justify the shift—racial harmony, European peace, a fair shake for women. In a global age, judicial review is a tool that powerful people expect to find in a constitution, in the same way one might expect to find a hair dryer in a hotel room.

It hasn't gone unanswered, though. At the Alt-Lite blog UnHerd.com, commentator Ed West pooh-poohed the case for a no-deal Leave and argued that the 21 Tory rebels who'd joined the opposition to defeat Boris Johnson last week are "the true conservatives"[September 4, 2016].

That's not some mealy-mouthed cuck speaking, either. I've been reading Ed West for years and find him generally simpatico. He's written some excellent popular books about British history that I recommend to your attention.

Ed points out a thing I myself noted on August 9th: Boris Johnson has, throughout his career, been simply terrible on the National Question, pretty much an Open-Borders guy.

Sir Nicholas Soames, on the other hand, who was one of the 21 rebel Tories voting against Johnson this week (and incidentally is a grandson of Sir Winston Churchill) had been co-chair of an immigration-restrictionist group of MPs.

Mass migration is an obviously un-conservative policy, bringing about radical change with uncertain outcomes—the same argument, in fact, that some Conservatives made against leaving the EU.

Likewise, as the battle went on we began to hear more talk of "the people." As a conservative, I'd say that pretty much everything in history with "the people" in its title has been complete excrement, from the People's Crusade of the 11th century to the various People's Republics of the 20th century. Invoking "The People" is generally the sort of rhetoric associated with charlatans and fanatics like Jean-Paul Marat, idealists who inevitably leave a pile of bodies when their unachievable goals fail to materialise.

That's not the language of conservatism.

Americans can of course hear the voice of Alexander Hamilton behind the scenes there, muttering: "Your people, Sir, is a great beast."

Ed West's piece in its turn drew a riposte from Peter Franklin, also at UnHerd.com. Franklin closed with this, quote:

Socialism failed a long time ago. Liberalism is in the process of failing. Among the democratic philosophies, that just leaves conservatism. Quite what shape it takes in our fractured political landscape remains to be seen—but it certainly won't be Tory.

[Toryism is not conservatism, by Peter Franklin, September 5, 2019]

And the debate rumbles on.

It is a debate, though, about really momentous issues that apply far beyond the windy shores of Britain.

We have fallen into the habit, since the French Revolution, of thinking about politics in terms of Left and Right: labor versus capital, progress versus stasis, the proletariat versus the bourgeoisie, cloth caps versus top hats, and so on.

But in recent years a different division has been shaping politics Not only is this new divide not aligned with the old Left-Right one, it is perpendicular to it. It doesn't separate the old established political parties one from the other, it cuts down the middle of both of them. 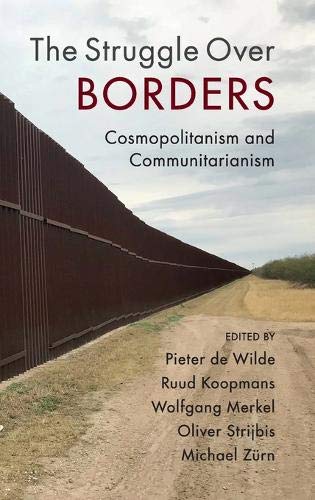 That is why, in 2016, the Republican Party split between Trumpers and Never Trumpers. It was also a factor that year, although less of one, in Mrs. Clinton's struggle against Bernie Sanders.

Because this realignment is quite new, we don't yet have a well-established way to talk about it, a vocabulary for discussing it. Academic political scientists are getting to work on that, though:

In this book, we label those who advocate open borders, universal norms and supranational authority as "cosmopolitans"; and those who defend border closure, cultural particularism and national sovereignty as "communitarians."

I took that from The Struggle Over Borders: Cosmopolitanism and Communitarianism, a collection of essays by European political scientists—Swiss, German, and Scandinavian—on the title theme.

The book is academic, not polemical; they're not taking sides, they're trying to figure out what's going on. In fact the book is quite drily academic; I'm finding it hard going.

But that's the split I'm talking about: cosmopolitans versus communitarians. Hence the opening words of a blog post I put up on Wednesday, which I confess I'm rather pleased with: "A spectre is haunting Europe—the spectre of communitarianism."

If you don't get the joke, I refer you to the opening words of Karl Marx and Fred Engels' little 1848 pamphlet The Communist Manifesto.

These scholars aren't the first to notice the new divide, of course. We lay commentators have been writing about it for years. We've come up with our own vocabulary: the split is usually described as "populist" versus "globalist." I myself have tried to float "provincial" versus "metropolitan." Sir Roger Scruton has adopted  David Goodhart’s taxonomy of "somewhere people" versus "anywhere people." I'm sure there are others I've missed.

At some deep level this has always been the case. As often when reasoning things through, it helps to consider the extremes. Both communitarianism and cosmopolitanism have pathological varieties.

For pathological communitarianism you could look at the blood-and-soil fascist movements of the early 20th century, generally tagged as being on the Right because of their fierce opposition to communism.

Yet, on the other hand, who was more communitarian than the Khmer Rouge of Cambodia—fiercely patriotic, and so anti-metropolitan they drove their population out of the cities into the countryside? Yet the Khmer Rouge were communists!

Contrariwise, pathological cosmopolitanism is, in one variety, the old utopian-millenarian dream of One World, the universal City of the Sun, the Kingdom of Heaven on Earth, with no more differences of nation, caste, class, or religion. It found its 19th-century expression in Marxism.

Yet in the 21st century, cosmopolitanism is a rich folks' club: Think of the sleek, fat bureaucrats who staff the EU and the UN, or the Davos crowd, or the upper-middle-class socialites and Hollywood bubble-heads swooning in horror at Donald Trump's communitarianism.

So yes, in the pathological extremes, both communitarianism and cosmopolitanism can express themselves equally well as either a Marxist utopia of perfect equality or a jet-setting plutocrats' paradise.

I must say I find this present moment exciting. It's like being a particle physicist in the 1920s, when quantum mechanics was being worked out.